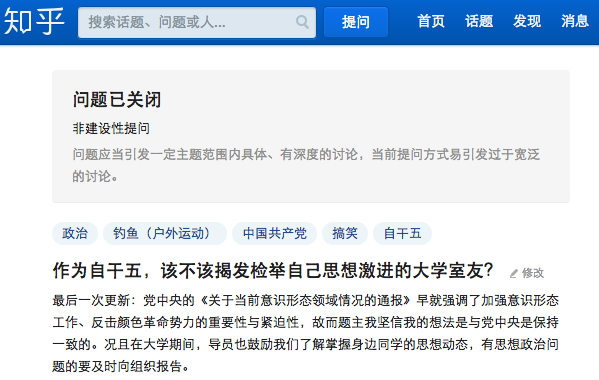 Earlier this month, an avowed member of the volunteer fifty cent party took to China’s Quora-like question-and-answer site Zhihu to seek guidance in carrying out his voluntary ideological service: 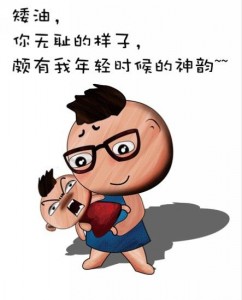 “Aww, you’re so shameless. You remind me a bit of myself when I was your age.”

Last update: The Party Central Committee’s “Concerning the Situation in the Ideological Sphere” [also known as “Document No. 9“] has long stressed the importance of ideological work in the fight to diminish the strength and urgency of color revolutions. Therefore, I believe that my opinion has not wavered from that of the Central Party Committee. Moreover, when I was in university, our advisors encouraged us to become familiar with the ideological trends of our classmates. Those with problems regarding political ideology were to be reported right away.

To avoid trouble, it’d be better to cover it up. I’m speaking as a graduate of a 211 university, a firm volunteer fifty center, future Party member, and Youth League cadre. I had a longterm dorm-mate who’s been brain-washed by elite public intellectuals for a long time now. He follows He Weifang, Ren Zhiqiang, and other Big Vs, and is always sharing and discussing all types of reactionary commentary and rumors. He likes to post on Kaidi, Tianya, and other similar websites. He even subscribes to Yanhuang Chunqiu and reads every issue.

He’s pretty introverted. During his senior year his family saw misfortune when his father died. After that, he became even more withdrawn and closed off, and got even more into posting radical online commentary. Even though he got a fairly well-paying job in the real estate department of the China Construction Third Engineering Bureau right after graduation, he still likes to share reactionary news and commentary from anti-Chinese media based outside of the GFW. I’m really afraid now. First of all, I’m afraid that all those elite public intellectuals are going to end up selling my friend down the river and ruin his life. Secondly, I’m worried that a big state-owned company like the China Construction Third Engineering Bureau could be so lax with their political background checks to let a radical ideologue into their ranks. Can you guys give me some suggestions? Thanks!

I have to ask everyone not to distort my point of view, but I know how powerful the supporters of this type of thinking are on Zhihu, so I had no choice but to post anonymously. I really don’t have much of a problem with my dorm mate. It’s just that I often fight [online] with Duan Lang, Ren Zhiqiang, Liu Yun, Gao Huimin, Wang Quanjie, and other Big V insiders like them, so I really know how dangerous these insider whores can be. Right now I just can’t be at ease.

As far as some Zhihu-ers calling me out for stressing that I’m a future Party member and a Youth League cadre…my answer is that on a site like Zhihu, Party members aren’t just outsiders, they’re objects of derision. So, I think it’s especially necessary for me to stress my political background here. Everyone has a point of view when it comes to politics—if you’re a Party member, then you’re a Party member, and you’ve got a certain, fixed background. If your position is resolute, then there’s no need to hide what you are. Don’t give people a reason to look down on you. [Chinese]

The anonymous user’s final postscript proved to be prescient: Zhihu has become known as a digital space with a relatively high degree of freedom for discussing topics usually prone to state censorship. As such, it is suffused with the very type of “radical ideology” the anonymous poster’s room mate was reportedly inclined towards. Most of the answers that followed contained scorn for the original poster. Quite a few of them refused to engage with what reeked of a Hundred Flowers-style trolling attempt, while others remarked on what seemed to be a deteriorating quality of volunteer fifty-center. A few examples, compiled by CDT Chinese:

Tuomasiweide (@托马斯维德): While he was working at the Peking University Library the founder of our dynasty ate his fill thanks to the KMT. Not only did he smash the bowl they fed him from, but he got dragged into the gutter by Big Vs like Li Dazhao and Chen Duxiu. Peking University really needs to work on their background checks! Somebody better fix this problem first, otherwise I’ll be embarrassed to say that I’m a Party member at a 211 school in the future.

Haoxinren (@好心人): If the thread-starter had been alive during the Cultural Revolution he really would have done well for himself.

YanWenkai (@严文凯): When I saw the tag “ironic questions,” I thought right away that it seemed like he was trolling. If that’s not the case, then I won’t give you a hard time. I’ll tell you something, though. If you report him, your higher ups won’t praise you or tell you how much they admire you. Instead they’ll start to question not only your character, but also your IQ. If you’re hoping for a career as an official, you might as well forget about that right now. After you report him, if it gets around, then based on the amount of intelligence you’ve displayed so far, you’ll start to brag about it and instead only end up poisoning your relationships with your friends. If you think you’re going to be a “crane among chickens,” you can fuhgeddaboudit.

XingYongwei (@邢永伟): The fact that you logged onto Zhihu to ask this question means that your heart hasn’t gone to the dogs. There’s hope for you yet! Young man, let me guide you! [Chinese]

Others replied by posting Internet memes fit for the occasion: 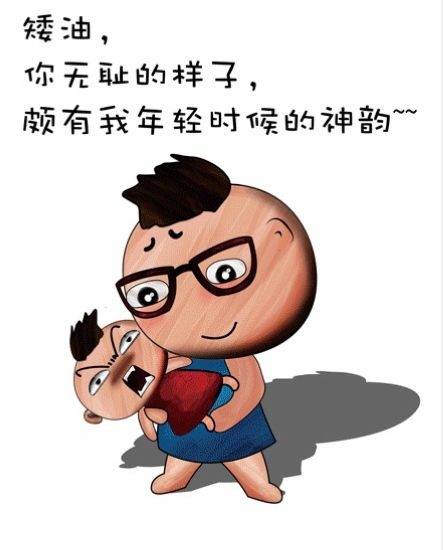 “Aww, you’re so shameless. You remind me a bit of myself when I was your age.”

Some answers contained reminders about Hou Jusen, the patriotic microblogger who was assaulted outside of his school by some of his online adversaries. “I can’t say for sure,” said another anonymous user, “but you seem like you could be the next Hou Jusen.”

Earlier this year, the Communist Youth League launched a “Youth Internet Civilization Volunteer Campaign,” to encourage over 10.5 million young netizens on campuses nationwide to spread “positive energy,” a term used by Xi Jinping last year to implore the nation’s artists and writers to help reinforce Party ideology among the masses.