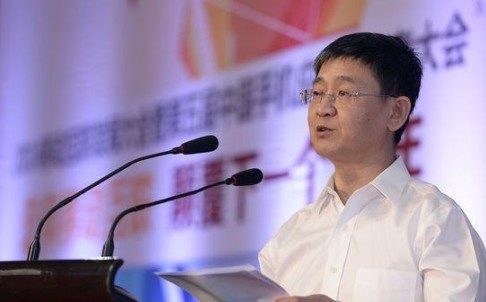 South China Morning Post’s Keira Lu Huang reports the investigation of two senior officials at the online subsidiary of state mouthpiece People’s Daily. The probe is said to focus on alleged extortion, rather than recent coverage of stories such as the Tianjin explosions or stock market slide.

The president Liao Hong, 52, was a founding member of the website, according to his public profile. He has been working at the newspaper and its digital department for 19 years since graduating from the Beijing University of Technology.

[…] Liao was also the chief editor of the website. Earlier this year, he supported posting the controversial documentary about air pollution in China, Under the Dome, on the website. [Read more on the film and its eventual censorship via CDT.]

Liao was under a lot of pressure following this move and was removed from the position of editor-in-chief in April, said the mainland website NetEase.

[…] The reason for their detention has not been made clear. But an anonymous source cited by NetEase said the accusation against Liao was similar to that against the former 21st Century Media Group president Shen Hao. Shen was accused of extortion through journalism. [Source]

Shen is one of 30 media executives expected to stand trial in Shanghai, according to reports last week. His detention has been described as “the end of an era” in Chinese journalism, and the television broadcast of his confession last September was part of a broad and unsettling trend. Corruption in the media is certainly rife, a situation for which China Media Project’s David Bandurski has argued the government bears much of the blame. Shen’s supporters argue that corrupt practices are so pervasive as to be almost unavoidable, making them a convenient pretext for selective political prosecutions.