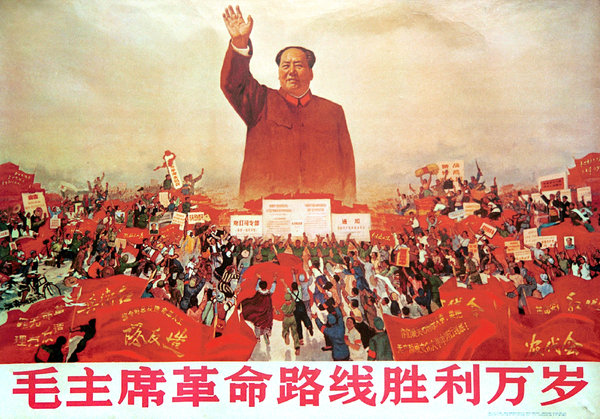 In an attempt to increase China’s soft power and boost its international image, the Chinese government has invested in a variety of schemes to promote Chinese culture abroad. One example is the establishment of language and research centers known as Confucius Institutes at foreign universities. Now, Chinese universities are looking to leading online education providers like edX and Coursera to reach overseas. Javier C. Hernandez at The New York Times reports:

When “Introduction to Mao Zedong Thought,” taught by Feng Wuzhong, an associate professor at Tsinghua’s School of Marxism, made its debut last month, it quickly found a large audience, attracting about 3,100 students from 125 countries, including more than 700 from the United States.

[…] Aiming to expand their offerings and draw a global audience, Chinese universities are spending hundreds of thousands of dollars on sleek videos and translations. They are advising instructors to abandon dull lecturing styles. And they are coaching professors on how to deal with foreign students, telling them to embrace open discussion and dissent.

But the effort faces significant challenges, most notably convincing overseas students that their courses are intellectually compelling and rigorous, despite China’s strict limits on academic freedom. It also puts online education providers in a difficult position, forcing them to strike a balance between preserving academic freedom and maintaining high standards for thousands of courses. [Source]

As China seeks to reach a global audience with its online courses, Chinese leaders have, at the same time, sought to suppress the teaching of “Western values” at home. The campaign against Western values has led to the banning of textbooks that promote these values in college classrooms.

Read more about education in China, via CDT.