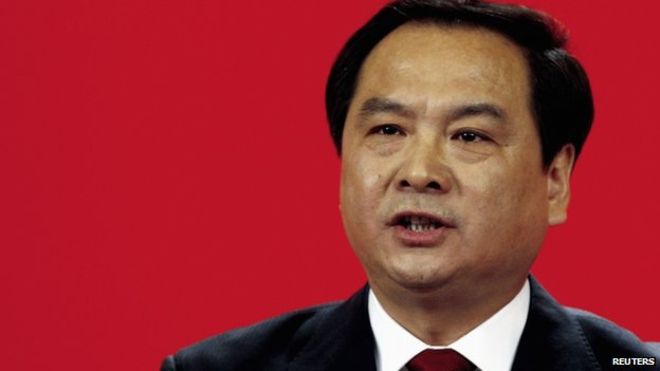 Li Dongsheng, former deputy head of public security and an associate of jailed former security chief Zhou Yongkang, has been sentenced to 15 years in prison on corruption charges. BBC reports:

The sentence was reported on an official China Central Television social media account.

He was also accused of abuse of power in positions he held between 1996 and 2013, according to state media reports at the time. [Source]

AFP has more on Li’s background and ascent through the Party ranks:

Before joining the public security ministry, Li spent 22 years at CCTV, ascending from a photographer to become a deputy head of the biggest television network in China.

He was also a vice chief of the ruling Communist Party’s propaganda department for seven years.

Li is the latest in a long string of Zhou’s former allies to be jailed under President Xi Jinping’s sweeping anti-corruption drive. [Source]

During the investigation of Zhou Yongkang, who was later sentenced to life in prison, Li was accused of sending information gathered by Zhou about the country’s top leaders to Chinese language websites outside the country. When it was announced that authorities were investigating Li and a number of other Zhou associates in 2014, propaganda officials issued a directive to limit reporting on their cases, while phrases linking Li to Zhou have been frequently barred from Weibo search results.