Drawing the News: Courtroom Level Up 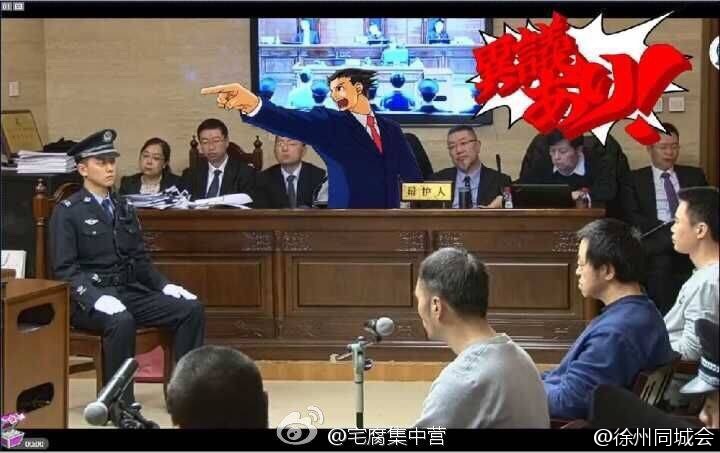 More than a million people watched the two-day live-streamed trial of a video sharing platform accused of profiting from pornography last week. Many viewers were on Qvod’s side, cheering the technical and linguistic mastery of the four executives on trial, especially compared with the prosecution’s poor grasp of either. Even Xinhua commented that “you should applaud the team’s excellent defence” regardless of guilt, putting it at odds with the People’s Daily, and breaking with precedent instructions to wholeheartedly support the investigation.

Qvod CEO Wang Xin pleaded not guilty, arguing that the company merely created the video sharing platform Kuaibo, and cannot be held responsible for the content distributed through it. While Qvod did filter content based on information from users and the local Internet police, the defense said it is impossible to completely filter all content.

The Qvod executives could face up to life imprisonment, though this outcome is not expected.

In 2014, right before Qvod’s offices were first raided, Zhang Jialong argued at Foreign Policy’s Tea Leaf Nation that the anti-pornography campaign was really a move to make space for new state media. Not mincing words, the Cyberspace Administration of China announced last week that its top priority for 2016 is to make the view of the Chinese Communist Party the “strongest voice in cyberspace.” There is still wiggle room for the weaker voices, however, as Photoshopped mash-ups of the Qvod trial and video games prove: “Not one can defeat them.” (Source: Weibo)

If I can’t beat the defendant, what can I do? Nervously wait online [for an easier opponent]. (Source: Weibo) “Trial Theme: We want you in jail, don’t ask why.” (source unknown)