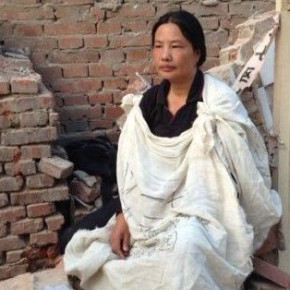 […] Jia Lingmin, 51, was a middle school teacher in Henan before she became an activist following years of fighting for justice as a victim of forced demolition. While petitioning over her personal grievances, Ms. Jia soon learnt to use the country’s law in seeking redress and began teaching other victims to fight for their rights through China’s existing legal system. Prior to her recent detention, Jia had travelled to numerous Chinese towns and villages and gave hundreds of lectures on best practices for defending housing rights, including fighting back against police harassment and the effective use of the law to hold officials accountable. As China’s construction boom in the past decades has enriched local governments through profitable land grabs at the expense of the housing and land rights of millions of Chinese citizens, Jia’s growing reputation from her efforts to teach the law as a defense weapon for victims of forced eviction irritated the government. She was frequently targeted by police harassment, physical assaults, and illegal detention.

Jia Lingmin was not deterred. She took her campaign to a political level in 2012, as she tried to run in a local People’s Congress election in Henan as an independent candidate. Her candidacy faced obstacles from local officials, like many other independent candidates in such elections in China, and she was harassed and threatened.

In May 2014, police took Jia into custody while she was filing a police report over an incident of forced demolition in Zhengzhou. In November 2015, a court in Henan Province sentenced her to four-years imprisonment for “picking quarrels and provoking trouble.” Her detention has been marred by the denial of her due process rights, including being held incommunicado for periods of time, being denied legal counsel, and being held in unreasonably long pre-trial detention; a total of 18-months before sentencing. Her trial hearings in April and June 2015 were tarnished by numerous procedural violations. Several UN human rights experts have expressed concern to the Chinese government over the violation of Jia Lingmin’s right to fair trial.

Jia Lingmin’s dedication to improving human rights on the ground through empowering housing rights victims with the law has made her a true inspiration. As she said through her lawyer after sentencing: “I have not broken the law, even if you lock me up; inside or outside of prison, I will persist in spreading knowledge of the law, and am willing to make the personal sacrifice to raise awareness of the law in more citizens.” […] [Source]

The charge of “picking quarrels and provoking troubles” has become increasingly used to detain activists and lawyers amid an ongoing crackdown on rights activism and legal advocacy. After being sentenced last year, Jia reportedly demanded a harsher sentence to make a point about the current state of law in China: “I demand the death penalty! The law is already dead, so there’s no need for me to live!”

On the second anniversary of her death, China Human Rights Defenders also released a short documentary on the life and legacy of Cao Shunli: