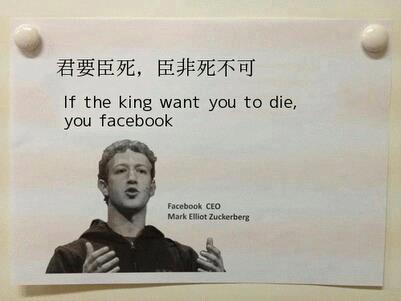 The new Lexicon home page lets you browse by categories like Party and State, Society and Culture, and Resistance Discourse. It’s easier than ever to discover new words and learn the meaning behind them. We welcome reader feedback on the redesign. This transliteration of the name Facebook, created from classical Chinese, appears as early as 2006. Whoever coined Feisibuke may have had a premonition about the social network’s fate in China—after violent clashes in Xinjiang in July 2009, Facebook and Twitter were blocked by the Great Firewall.

Tags :Facebook,word of the week