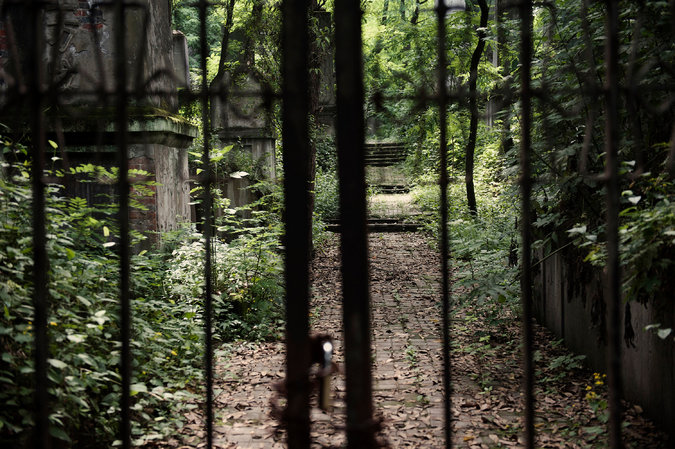 This May marks the 50th anniversary of the start of China’s Great Proletarian Cultural Revolution–a decade-long mass political movement that led to widespread social upheaval and factional violence. While this chapter in Chinese history remains a taboo subject, some are breaking the silence to remember the tumultuous decade and the lives that were lost. At The Guardian, Tom Phillips discusses a moving televised performance by musician Yang Le that recounts his family’s plight during the Cultural Revolution and its resonance with those who lived through that period.

“When I was young we were a family of six … My father was handsome, mum was young and beautiful,” sang the silver-haired contestant on China Star, the country’s answer to the X-Factor. “After the Cultural Revolution only five of us were left.”

[…] “I wasn’t sure I’d be able to get through the song,” the 60-year-old musician recalled in a tearful interview. “I had to force myself to relax because it wasn’t only me who went through this. Millions of other families went through this in China.”

[…] The singer said he had feared the show’s producers might attempt to censor the lyrics but had lobbied against that with the help of Cui Jian, a friend and well-known Chinese rock star. The channel relented.

[…T]he outpouring of emotion triggered by Yang’s performance suggests many have not forgotten the hurt and suffering inflicted on their families.

[…] He attributed the tears shed over his performance to the profound emotional burden those who witnessed the excesses of the Cultural Revolution still carried with them. [Source]

At The New York Times, Chris Buckley examines the history of China’s largest surviving Red Guard cemetery in Chongqing and its lasting significance as a physical remnant of the Cultural Revolution and its associated factional struggles.

Fifty years after the start of the Cultural Revolution, the cemetery embodies China’s evasive reckoning with its legacy. Here the tension between official silence and grass-roots remembrance is palpable.

[…] To reach the graves, hidden among trees and bamboo, mourners walked through a park where children squealed on rides, and men and women clustered around mah-jongg tables in a beer garden. A group of teenage boys and girls took photographs of themselves, apparently oblivious to the graves nearby.

“Outside the wall, it’s society, with couples courting and the pursuit of material things,” said Zhou Ziren, 72, a former Red Guard from Chongqing. “Inside, it’s back to an era when people would die for their ideals.”

Some 120 stone and concrete pillars and tombstones mark graves built mainly by schools and factories for their dead. Their inscriptions recall a time when Mao was akin to a demigod for many, and dying in his name meant glorious martyrdom.

[…] “History has frozen here into a pile of stones,” Mr. Zhou said, recalling a poem he wrote about his first visit here. “Just like you can’t avoid the Auschwitz concentration camp or the Hiroshima nuclear bomb when discussing the Second World War, we need to remember this period of history so that it cannot happen again.” [Source]

In a separate report, Buckley spoke with author Xujun Eberlein about the violence that overtook Chongqing during the Cultural Revolution:

Q. Why was Chongqing so violent during the Cultural Revolution?

A. The many weapon factories certainly contributed to the large scale of Chongqing’s “armed struggle,” and another arguable factor might be local character. In ancient times, Chongqing was part of the Ba kingdom. Ancient books use words like “valiant” and “combative” to describe the Ba people.

Yet some other significant factors have often been overlooked by outside historians. Chongqing is where the hit novel “Red Crag” is set, a name I believe no mainland Chinese adult doesn’t know. The novel, set in 1940s Chongqing, eulogizes the underground Communists’ heroic struggles in “concentration camps” said to be co-run by Americans and the Chinese Nationalists.

“Revolutionary heroism” had always been an important part of official education in the 17 years of the Mao era leading up to the Cultural Revolution, but during the 1960s the novel “Red Crag” was more influential than any textbook. I wouldn’t be surprised if the boys and girls who fought each other to death aspired to be heroes like those in the novel.

Another overlooked factor is the lingering damage of the great famine from 1959 to 1962. Sichuan, which included Chongqing then, had the largest number of starvation deaths, estimated at one-seventh of the province’s population. Lots of anger during the Cultural Revolution came from that painful history, and suddenly the causes became clear as the Red Guards dug up undisclosed party documents and put them on big-character posters and fliers. [Source]

Click through to read more about the Cultural Revolution, via CDT.