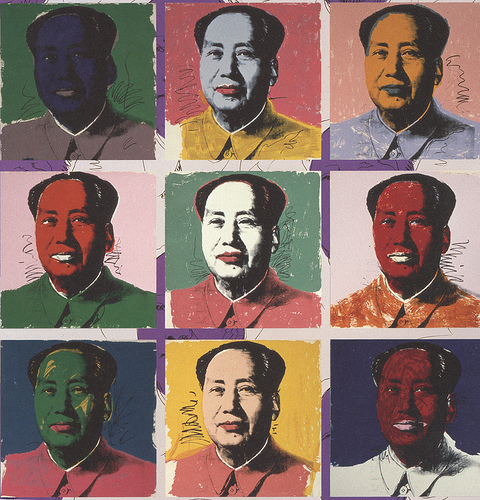 President Xi Jinping’s consolidation of power and image-building campaign have led to concerns that he is building a cult of personality, akin to that of Mao Zedong. Such concerns have been downplayed in a series of recent articles arguing that the conditions in today’s China would not allow for such a cult to form. Nevertheless, Xi’s administration has been marked by a strengthening of ideology as a guiding force in policy-making. A newly announced political campaign aims to further the fight against corruption within the Party by reinforcing Marxist values and ideology. Reuters reports:

Launching the new campaign, Xi said all levels of the party should be instilled with good values, the official Xinhua news agency said late on Wednesday. The report was widely carried in major state newspapers on Thursday.

[…] The campaign aims to “consolidate party members’ Marxist positions and ensure that the entire party maintains a high degree of ideological and political consistency with the party’s Central Committee”, he added.

“The campaign will address problems and loopholes in the management of Party organizations and misconduct of members so as to set the bottom line,” Xi said. [Source]

The Economist Intelligence Unit has more on the campaign, which appears designed to not only root out corruption, but to root out opposition to Xi as well. Public opposition to Xi’s policies has grown in recent months, leading to an escalated crackdown on dissent:

The campaign is entitled “two studies and one action”, relating to party members’ need to study the CCP’s constitution and rules to learn the “important speeches” of Mr Xi and become competent party members. Party rules promulgated in 2015 forbid the nearly 90m members of the CCP from publicly criticising party policy. Party members in every branch will be required to study Mr Xi’s speeches in depth, with a view to enhancing their adherence to Marxism-Leninism and remaining in ideological step with the party’s central committee, which is controlled by Mr Xi.

Mr Xi’s aim is to tighten the reins on party members. The deeper ideological tone of political discourse within China will proceed alongside an ongoing campaign against corruption among party leaders; the current study campaign aims to focus on party leaders above county level in particular, suggesting that ideological campaigns and the more prosaic anti-graft drive are designed to eliminate vocal opposition to Mr Xi. [Source]

In the South China Morning Post, Stein Ringen warns against the potential dangers of focusing on ideology, warning that, “flirting with ideology is to release forces that may get out of control”:

He is also reverting to ideology. The party-state needs legitimacy. Being less able to rely on economic growth, it becomes more dependent on ideology. Xi admonishes cadres to “embrace the spirit of Mao Zedong” and to “make work in the ideological sphere a high priority in your daily agenda”. The grey leaders boasted of economic prowess. The new one peppers his speeches with ideology and discipline.

Ideology is a dangerous force. Political leaders make their own ideologies, but then, when they take hold, become the prisoners of their own creation. Ideologies become belief systems and make people, both leaders and the led, believers. The destructive force of ideology has been seen in Hitlerism, Stalinism and Maoism. When powerful leaders turn to ideology, there is always danger and others must pay attention.

Xi’s ideology is not Marxism, which is no longer credible. He is looking back to Chinese history and to its constant theme of national greatness. That is the tradition he has condensed into his slogan of the “China Dream”. Xi launched the China Dream in November 2012 against the backdrop of the national rejuvenation exhibition in Beijing’s National Museum, in front of the new Standing Committee of the party. He spoke about Chinese rejuvenation as “the greatest dream of the Chinese nation in recent times” and of how “each person’s future and destiny is closely linked with the future and destiny of the nation”. [Source]

Read more about the “Chinese dream” via CDT.