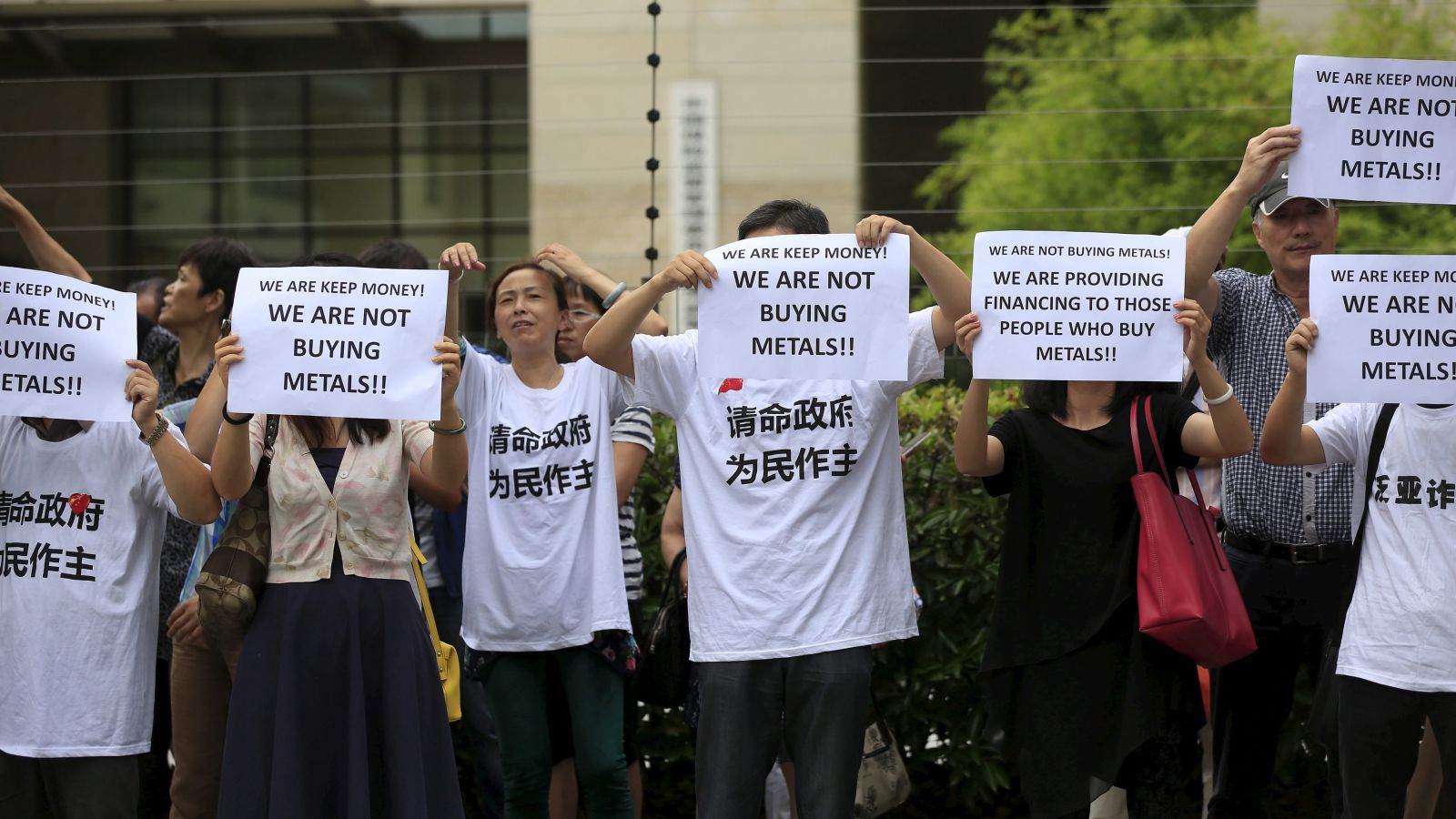 Zheping Huang at Quartz reports that disgruntled investors in the Fanya Metals Exchange are collectively circumventing the Great Firewall and taking to Twitter to draw international media attention to their plight. These investors, many of whom lost their life savings to the financial scam, turned to this new protest strategy to put pressure on the central government after demonstrating in cities across China since last fall.

[…R]ecently, hundreds of Chinese investors, who may be out $6 billion in one of China’s biggest financial scams, have leaped over the Great Firewall in an organized, determined way. After being ignored by China’s regulators and lawmakers, these desperate investors are pouring into Twitter to spread news of their plight.

While their numbers are small, their actions are already inspiring other Chinese investors burned in a monumental number of recent scams,turning Twitter into a new venue for angry Chinese citizens to protest. And as they leap over the Great Firewall, some are coming to a new realization—the government has been cracking down on free speech and civil protests just like theirs for years.

[…] Everyone in the group is encouraged to make at least one post per day, no matter whether it is pictures or videos of the protests they attended, or details of the miserable changes in their lives. “We must @ prominent media,” Cong wrote in the instructions she sent out to investors, including a list of twitter handles from the UN to the BBC to US president Barack Obama. [Source]

Huang writes that for many participants of the Twitter initiative, this is the first time that they have circumvented China’s censorship system and accessed unfiltered information online. Some have argued that while internet censorship negatively impacts China’s creative industries and the country’s soft power, the suppression of the free flow of information has only had a limited effect on the Chinese economy as a whole.

In a separate article, Zheping Huang reports that Fanya investors from Guangzhou Province have descended on Hong Kong on Sunday to shame Beijing and spread news of their case in an environment where freedom of speech and demonstration are generally tolerated.

At around 2pm on Sunday, more than twenty Fanya investors gathered at Hong Kong’s Times Square to protest in matching T-shirts, with slogans including “Government fraud, banks’ accomplice,” and “Yunnan government pay [us] back.”

They were fully prepared with banners, posters, and flyers and compact discs to give out to passers-by with information on their case. They purposefully had fewer than 50 people, so they did not need to apply for a permit to assemble in advance.

In Hong Kong, they were enjoying the ability to speak and demonstrate freely, rights they hadn’t appreciated in the past, they said.

[…] “The more we’re disappointed with our country, the more we understand the freedom of the outside world,” an investor from Guangzhou, who asked to be called Richard, told Quartz at the protest scene. [Source]

Elsewhere, Duncan Hewitt at International Business Times writes that 13 peer-to-peer lending executives in Guangdong have been detained as a part of ongoing government investigation into illegal lending practices.