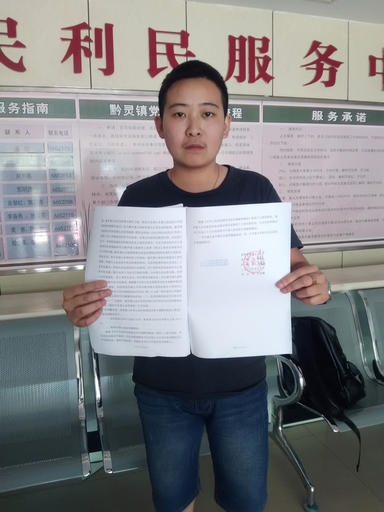 The labor arbitration panel in China’s first transgender job discrimination case has ruled against the plaintiff, known only as Mr. C in media reports and court records. The case, brought by a 28-year old transgender man who was fired from his job at a health services center after one week for wearing men’s clothing, was heard in Guiyang, Guizhou last month. Mr. C was seeking $62 in wages for his first week of work, an additional month’s compensation, as well as a written apology from the company; the panel granted him only the first. The AP’s Didi Tang reports:

“I am not satisfied with just the paid-back wages. What I want is respect, and respect from the whole of society for minorities like us,” Mr. C said in a phone interview shortly after the arbitration panel handed down its decision.

“I am very disappointed about the result,” he added. “This (arbitration) process has made me realize that discrimination against sexual orientation is far worse than I had expected, and I will continue to appeal to defend my rights.”

[…] The arbitration panel rejected a voice recording in which the company’s sales manager told Mr. C that the way he dressed would negatively affect the firm, said Huang Sha, a lawyer for Mr. C. The panel ruled that the conversation “did not represent the company’s true intent,” citing the fact that the sales manager did not work in the personnel department. [Source]

At The New York Times, Vanessa Piao reports on a legal group formed in the wake of Mr. C’s and other job discrimination cases to offer protection, and notes disappointment in the panel’s ruling from transgender rights activist Tingting Shen:

In late April, after Mr. C’s case and three others — one involving a woman and two cases involving H.I.V.-positive men who said they faced job discrimination, 32 lawyers across 14 Chinese provinces formed an “anti-labor discrimination lawyers’ group” to provide legal assistance to individuals and companies.

Tingting Shen, a director of advocacy, research and policy at Asia Catalyst, an organization in New York that works with transgender people in China, expressed regret over the ruling on Tuesday, saying “China’s legal system failed to recognize the issue of discrimination against gender identity and gender expression in the workplace.”

Still, Ms. Shen, who is based in Beijing, called the case a “landmark,” adding that Mr. C’s courage would encourage more transgender people to stand up for their rights. [Source]

Recently, a court in Changsha, Hunan ruled against a same-sex couple in China’s first marriage equality case. The couple had pressed charges against a local civil affairs bureau after they were denied a marriage license; the court’s surprising acceptance of that case was hailed as a victory for LGBT rights in China.