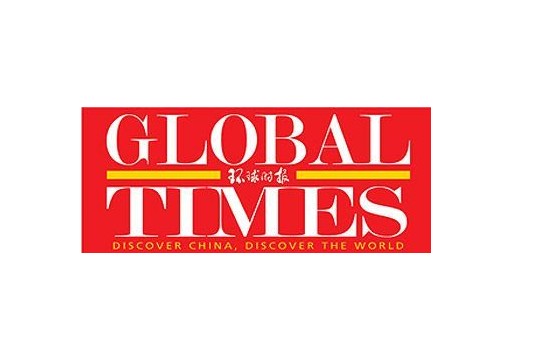 The Cyberspace Administration of China recently criticized the Global Times for reports on topics including “a poll last month about whether mainlanders supported unifying Taiwan by force, an editorial on US presidential hopeful Donald Trump, and an op-ed on the looming release of the last Tiananmen prisoner.” The South China Morning Post reports:

In the written criticism circulated to senior editors of other major mainland news portals, the Cyberspace Administration of China said the Global Times’ decision to run the poll ahead of the inauguration of Taiwan’s pro-independence president-elect this month prompted a strong reaction from the island.

About 85 per cent of respondents to the poll on Taiwan supported unification by force, and 58 per cent of those agreed the best time for it would be within five years. The poll was “a serious violation of news discipline and had caused serious political consequences”, the CAC said. “All websites should learn from the lesson and refrain from polls.”

CDT has translated the CAC order, which was posted on Twitter by @beidaijin:

Criticism Reported by the Cyberspace Administration of China: We spoke with the management of the Global Times and Global Times Online on May 9. During this sensitive time leading up to May 20, Global Times Online published a large public opinion survey on the Taiwan question, showing 85% of respondents in support of unifying Taiwan by force, 58% of whom believe that the best time to do so would be within the next five years. This survey has been sensationalized by Taiwanese and international media. Taiwanese internet users have reacted furiously. This move seriously violates journalistic discipline, as it could easily generate adverse effects and political ramifications. All websites should learn a lesson from this and not conduct public opinion surveys.

In addition, Global Times Online has repeatedly hyped sensitive events, which has disrupted orderly internet communication, especially with reports involving the United States, North Korea, the South China Sea, Taiwan, and Hong Kong. An example of this was Global Times Online’s May 4 editorial “Trump is a Harlequin, the Entire World Misinterprets Him.” The article included such statements as “this batch of Americans is no good,” which was reposted and used to create hype on a great number of websites, causing a new wave of “this batch is no good” public opinion.

On May 5, Global Times Online published a Global Times article titled “Lose a Bet with History, Your Life is as Light as a Feather,” which reported that the last person still being jailed over the political turmoil of 1989 was having his sentence commuted and will be released mid-October this year. Time and again homicides and political topics have caused a commotion online. There have been many other related problems with the Global Times. The newspaper has one month to make focused corrections, standardize related management systems, further improve the process by which articles are drafted and reviewed, and conduct education for the entire editorial staff, in order to raise awareness of politics, national interests, the core, and keeping in line with the Party. All websites should take this as a warning and strengthen their respective management systems. If another problem occurs, it will be dealt with severely. [Chinese]

In the run-up to the May 20 inauguration in Taiwan of President Tsai Ing-wen in Taiwan, whose Democratic Progressive Party supports independence from China, the Chinese government has warned that the incoming Taiwanese administration should bear the blame for any regional conflict that erupts.

The Global Times is a tabloid run by the People’s Daily. In February, Xi Jinping toured state media headquarters to publicly emphasize the message that official media must “speak for the Party.” In April, Chinese diplomat Wu Jianmin criticized Global Times editor Hu Xijin for the paper’s “extreme” articles and hawkish foreign policy stances. Hu himself has frequently been the target of netizen mockery for his nationalistic positions, earning him the nickname of “Frisbee Hu” for his ability to “catch” the Party’s spin.