In Hong Kong, Protests Over the Firing of Ming Pao Editor 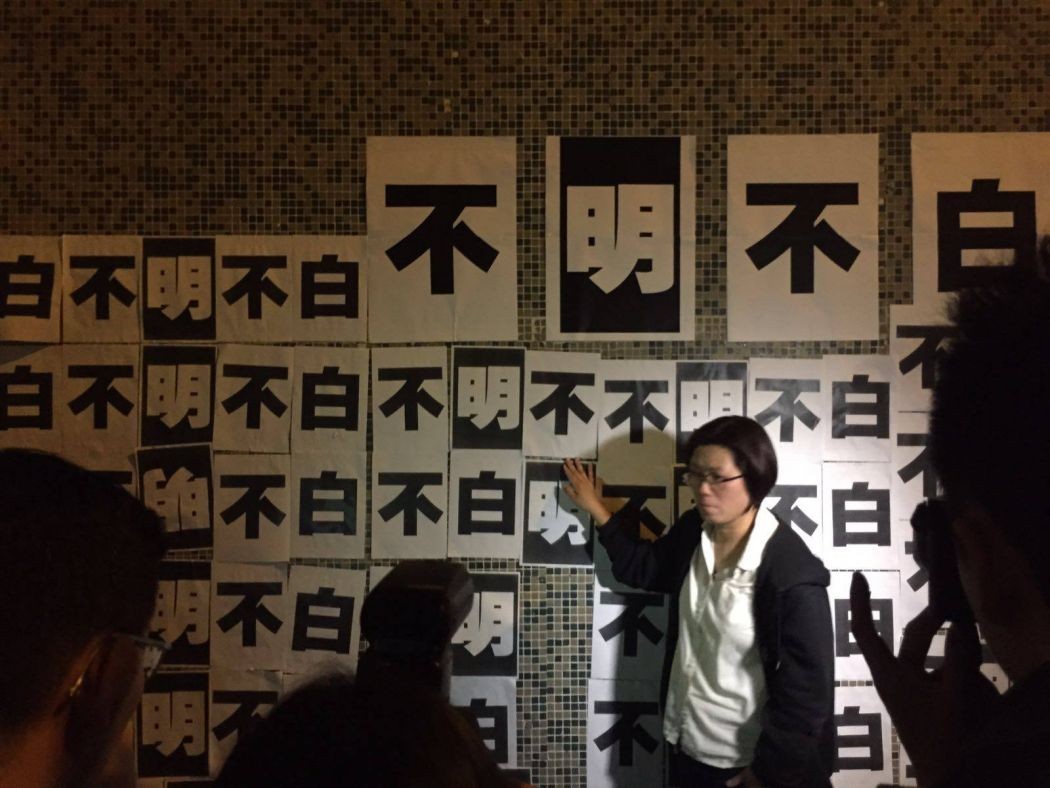 Protests over the sacking of Ming Pao editor Keung Kwok-yuen have continued, amid concerns over declining conditions for press freedom in Hong Kong. Keung was fired after his paper ran a front page story on the Panama Papers after participating in the joint reporting coordinated by the International Consortium of Investigative Journalists. Allen Au-yeung reports for the South China Morning Post:

More than 400 journalists, community activists and politicians braved the heat and rain on Monday afternoon to protest against the sacking of a top editor of Chinese-language daily Ming Pao, fearing that the move threatens press freedom in Hong Kong.

At a rally on the street outside Ming Pao Industrial Centre in Chai Wan, protesters carried pieces of ginger to symbolise their support for Keung Kwok-yuen, whose surname in Chinese also means ginger.
Last month, Keung, Ming Pao’s former chief executive editor, was abruptly fired to cut costs, according to the paper’s management. But the paper’s staff union suspected the move was meant to punish “dissidents of editorial decisions”.

AFP has more on protesters’ concerns that Beijing is exerting excessive influence over the media in Hong Kong:

One banner read: “They can’t fire us all.”

Some also held up pieces of ginger — which sounds “Keung”, the editor’s surname, in Cantonese.

“Hong Kong is a unique place in China where there is freedom of the press… Such freedoms could deteriorate if the bosses bow to pressure,” said reader Stanley Ng, 55, an urban planner, who had joined the protest.

Lawmaker Emily Lau of the Democratic Party warned Beijing was “exerting a lot of pressure on media and many news organisations are willing to comply”. [Source]

The firing of Keung is the latest in a series of incidents which have raised concerns of press freedom advocates in the city over the past year. For The Diplomat, Freedom House’s Madeline Earp writes about Beijing’s “creeping control” over free expression in the territory, notably with the takeover of the South China Morning Post by Alibaba, and the detention of five Hong Kong-based publishers and booksellers:

Two events illustrated the deterioration in 2015. The Alibaba Group, a major Chinese e-commerce company with close ties to the Beijing government, moved into the territory’s information market by purchasing the South China Morning Post newspaper in December. Meanwhile, five people affiliated with an outspoken Hong Kong publishing house were effectively moved in the other direction, to mainland China, in a series of disappearances. They later reemerged, said they were cooperating with Chinese police, and denied being abducted in statements to the media that many observers believe to have been coerced. Chinese authorities have detained domestic critics and forced them to participate in stage-managed, often televised “confessions” since Xi assumed the leadership of the Chinese Communist Party (CCP). But the past year saw that practice extend far beyond China’s legal jurisdiction.

Hong Kong residents are, in theory, still shielded from the worst mainland abuses by the “one country, two systems” principle laid down in the Sino-British Joint Declaration, which preserves Hong Kong’s freedoms for a 50-year period after its transfer from British to Chinese rule in 1997. But every year, that protection seems less robust. [Source]

Investigations like the one that resulted in the Panama Papers may soon become more difficult for Hong Kong-based reporters. Under new Companies Register rules, anyone who uses the register’s website to gather information about companies or their directors must declare a reason for doing so. Danny Mok and KC Ng report for the South China Morning Post:

Corporate transparency advocate David Webb, who has been drawing together publicly available data to build databases of companies and organisations, said the move went against the global trend of enhanced transparency.

Webb said: “I see there is no checkbox for the purposes of journalism and research.

“It seems that in the wake of the Panama Papers, Hong Kong is seeking to move backwards ­towards greater secrecy, aiding and abetting fraud and corruption, at the same time as other countries are moving forward with transparency. [Source]