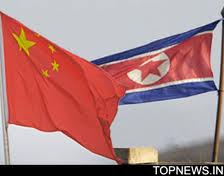 This week, the PLA Daily newspaper fired the latest shot in an ongoing campaign against “historical nihilism,” or challenges to the officially-endorsed version of history on which the Party’s legitimacy partly rests. Xi Jinping’s administration has redoubled efforts to preserve the Party’s monopoly on history, such as the legacy of Mao Zedong, spurred by the belief that slackness on this front helped bring about the fall of the Soviet Union. Global Times’ Deng Xiaoci reported:

“Some people have been maliciously tailoring historical facts or fabricating lies to distort the Long March, to smear the reputation of the Red Army and to vilify our leader,” the PLA Daily said.

“It’s safe to say that the glorious history of the Long March and the heroes in Party history are still highly regarded by the overwhelming majority of the people, although there is a minority trying to stir up public opinion with distorted and baseless stories,” Zhang Dongming, a research fellow at the Party History Research Center of the CPC Central Committee, told the Global Times.

Zhang said some of the believers of the so-called historical nihilism use the discussions of Party history to question the leadership of the CPC.

Others, he said, are those who are not familiar with history and are easily swayed by others and those who worship everything from overseas and seek attention by making bold statements.

[…] “Drawing lessons from the collapse of the Soviet Union, destroying history is the first step to destroying a party, as it serves to shake people’s beliefs,” [Liu Tong, a professor with the Department of History at Shanghai Jiaotong University] said. [Source]

Historical hardliners won a major victory this summer with the closure of the influential liberal journal Yanhuang Chunqiu, known for confronting many tragedies of China’s recent past. A former editor at the publication, Hong Zhenkuai, recently lost a court battle over his research questioning one iconic episode of patriotic martyrdom; last week, another court ordered blogger Sun Jie, also known as Zuoyeben, to apologize and pay a token one yuan in compensation for mocking the grisly deaths of two other heroes of Party lore. Both burned to death, one while fighting a wildfire, the other to avoid endangering his fellow soldiers’ during the Korean War. Zuoyeben, whose Weibo account has now been deleted, joked about the different ways in which their meat had been cooked.

Qiao Mu, a journalism professor at Beijing Foreign Studies University, said that while Mr. Sun’s posts contained words that were derogatory, the real issue was whether challenging the Communist Party’s official heroes was permissible.

“He used inappropriate words,” Mr. Qiao said of Mr. Sun. “But does that mean historical figures can’t be questioned or ridiculed? The question is whether there is any freedom of speech on this.”

Court rulings that punish comment stifle the search for historical truth, he said. “It doesn’t resolve anything. We don’t know what truth really is. But the trend of politicizing such cases is worrying.”

Online, reaction to Mr. Sun’s apology has been divided. Some commenters said that Mr. Sun crossed a line by not showing respect for the war dead. Others wondered whether North Korea would exist today if Chinese soldiers had not come to its aid after it invaded South Korea in 1950. [Source]

At The Wall Street Journal, David Feith suggests that determination to defend the Party’s historical record is a substantial factor in steering China’s North Korea policy, alongside fear of Korean instability and American encroachment.

The Korean War is the most significant conflict modern China has fought, as Princeton’s Thomas Christensen notes in his book “The China Challenge.” Defeating India in a 1962 border war is a detail in official and popular memory, and losing to Vietnam in 1979 is an embarrassment. But Korea is memorialized as a triumph over foreign aggression.

China’s roughly 200,000 hallowed dead include Mao’s eldest son, Mao Anying, felled in an air strike while serving as an aide to a top Chinese commander. He was buried in Pyongyang.

“The past is never dead. It’s not even past,” Faulkner wrote—and Mr. Xi seems to agree. He has cracked down on “historical nihilism,” or “trying to undermine the history of the CCP,” and he cites Soviet leader Nikita Khrushchev’s 1956 denunciation of Stalin as the beginning of the end for the Soviet Union. In this environment, throwing Korean War solidarity over the side could look like a grave offense against the Chinese cause. [Source]