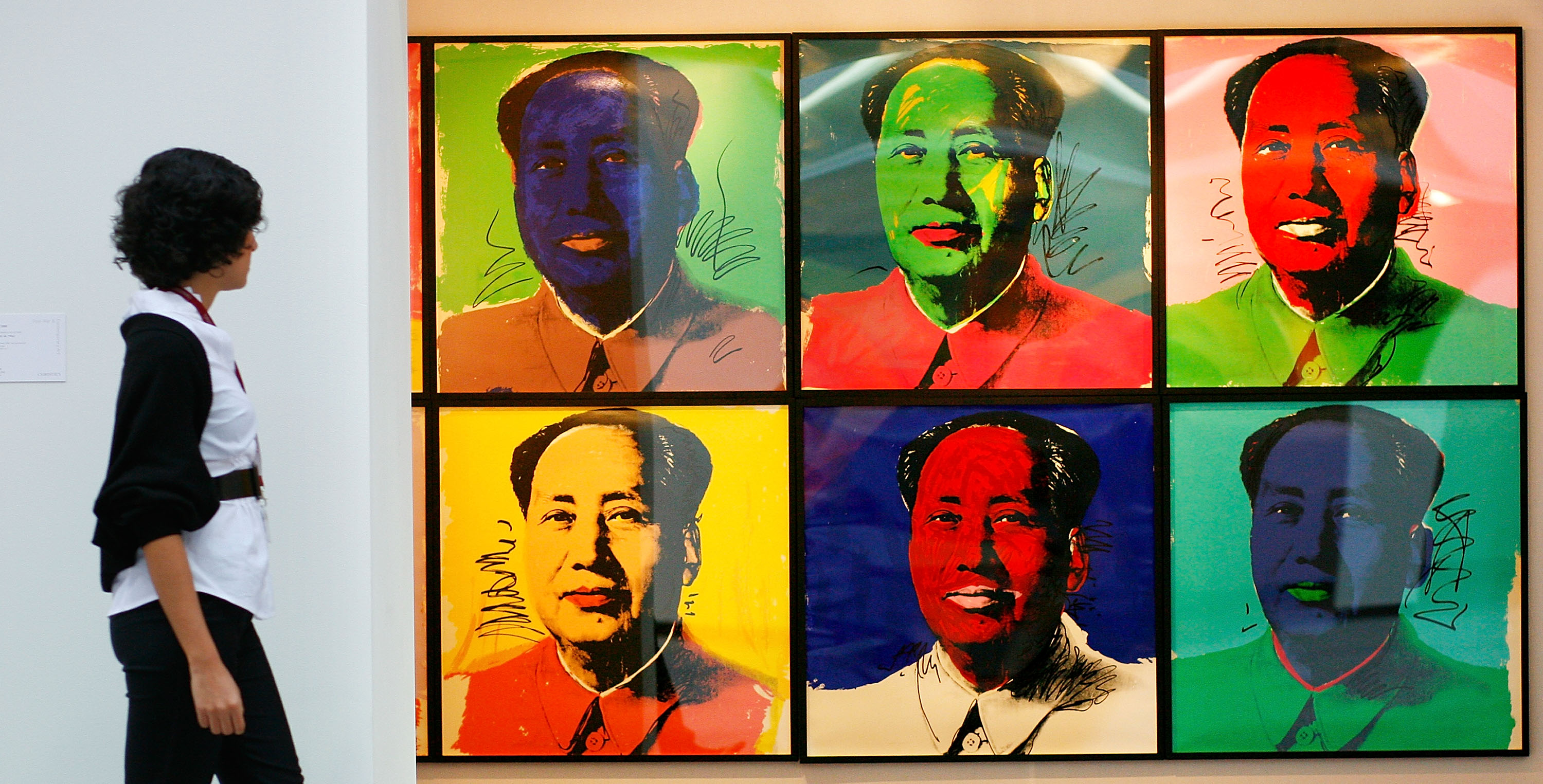 The Chinese Communist Party’s “Great Helmsman” Mao Zedong died on September 9, 1976, opening the door to dramatic social and economic reforms under Deng Xiaoping. Forty years later, the Party has still not allowed a full public accounting of the costs of Mao’s political campaigns, which led to the deaths and persecution of millions of Chinese. Meanwhile, his faithful adherents have commemorated the anniversary by paying tribute both at home and abroad. Tom Phillips of The Guardian reports on the fine line the government is walking in guiding public commemorations of his death:

On Friday, like-minded devotees will congregate in Shaoshan, a small town in central China where he was born in 1893, to pay tribute to Mao.

[…] In Beijing, a source with ties to the Chinese leadership told Reuters there would be “low-key” remembrance events.

[Frank] Dikötter said Mao’s central role in the Communist party’s history meant Beijing was in a catch-22 situation over how to handle the anniversary.

“On the one hand, they fully realise that there are large portions of the population who know perfectly well what a horrendous figure Mao was … On the other hand you can’t really do without him. So the compromise position is to have some sort of low-key celebration here or there.” [Source]

AFP looks at the effort by President Xi Jinping to play down the legacy of Mao and to silence discussion of his record. Xi’s consolidation of power and public image crafting have been compared to the Mao era (though some observers say such comparisons go too far) and the current ongoing crackdown on speech and activism has been likened to political purges carried out by Mao. Yet both praise and criticism of Mao’s policies serve to undermine Xi’s, and the CCP’s, legitimacy in the eyes of the public, AFP writes:

The most powerful leader since the Great Helmsman himself, Xi has cautioned against both “historical nihilism” and “neo-liberalism”, an implicit warning to bury both praise and criticism of Mao’s era.

“There is an officially-induced and sanctioned amnesia about Mao’s true record,” said Fei-Ling Wang, a China expert at the Georgia Institute of Technology.

Criticism of his failures may undermine the government’s legitimacy, and last year a Chinese television anchor was suspended after a video surfaced of him criticising the dead leader at a private gathering.

But praising his ideology can also be seen as a lament to how far down the capitalist road the country has gone: Chinese officials in January ordered the demolition of a giant, golden statue of the Chairman just days after pictures of its construction appeared online. [Source]

Ben Blanchard at Reuters interviews a former soldier, Wang Shiji, who has formed a political party in tribute to Mao, which now appears to have been squashed by the very Party Mao founded:

For the Communist Party which brooks no challenge to its rule, such parties are anathema.

Wang says he believes democracy is something Mao would have wanted. Last week, he told Reuters he would hold the party’s first congress, in the gritty northern city of Shijiazhuang, this week, and he expected about 50 people to attend.

In a brief text message on Tuesday, he said the congress had been canceled, without giving a reason. Reuters has not been able to reach him since. Shijiazhuang police declined to comment. [Source]

In trying to reconcile the varying images of Mao, an article in The Economic explains that Chinese citizens like Wang Shiji are responding to the personal attributes that Mao displayed in his earlier years of power, before the Cultural Revolution:

How can a man with as much blood on his hands as Adolf Hitler or Joseph Stalin be deemed acceptable?

The question is not confined to China. This month, concerts glorifying Mao were to be held by a China-linked group hiring public venues in Sydney and Melbourne. Until they were cancelled because of threats by protesters to disrupt them, city officials defended the concerts as expressions of free speech. They would surely not have done the same for events in honour of Hitler or Stalin. Elsewhere, a restaurant in London plays on the theme of the Cultural Revolution. A high-end Western but Chinese-themed department store long sold playful watches featuring Mao’s arm waving to the crowds.

One answer is that a personal side to Mao shines through in his early years that inoculates against the memory of the monstrous later ones. The early Mao had a gift for empathy and friendship absent in Hitler or Stalin. He was, moreover, hugely well read, and though it is not hard to be a better poet than Hitler was a watercolourist, Mao was in fact one of the finest Chinese poets of his day. Last, as Kerry Brown of King’s College, London, points out, Mao’s rise to power was accompanied in the turbulent China of the first half of the 20th century by a moving personal trauma: not only the deaths of so many of his chief colleagues, but also members of his family. In 1930 his second wife was executed by the Nationalists for refusing to renounce Mao. His son, Mao Anying, was killed in 1950 by an American air strike during the Korean war. The trauma engenders sympathy among those who know the story. Some suggest that the suffering Mao experienced early in his life may have numbed his senses to the destruction he later unleashed.

Yet the more forceful answer must be that, whereas Hitler’s and Stalin’s regimes have long crumbled, China’s Communists continue in power. And, says Mr Brown, the national story that Mao crafted, of bringing together a nation after a century of turmoil and humiliation at Japanese and other foreign hands, remains emotionally reassuring and satisfying for many Chinese—despite a great many holes. [Source]

For Lowy Interpreter, Simone van Nieuwenhuizen writes that the CCP may be creating problems for itself by trying too hard to define Mao’s legacy while also skirting over issues of accountability and transparency in recording history:

More than ever, the CCP is fighting for control over its historical narrative. This struggle is perhaps manifested most acutely in the treatment of Mao; the CCP continues to walk a tightrope of being unable to refute Mao’s legacy (given Mao’s role in legitimising the CCP), yet wanting to prevent the resurrection of his cult of personality status.

As long as the CCP continues to conveniently distort the truth about the extent of destruction enacted at the hands of Mao and silence scholarly inquiry, it risks giving ultra-nationalists license to monopolise the interpretation of Communist China’s history and glorify Mao’s legacy, including the tragedies of the Great Leap Forward and the Cultural Revolution. This would ultimately threaten the CCP’s current mandate of maintaining social stability and developing a so-called ‘moderately prosperous society’.

Despite wishing to act as the final arbiter of its history, the CCP has never completely clarified what constitutes ‘accurate’ or ‘inaccurate’ interpretations of Mao’s legacy. ‘Mao Zedong Thought’ remains enshrined in China’s constitution. The famous 1981 Resolution on Party Historical Issues, released five years after Mao’s death, states that he ‘made gross mistakes during the “cultural revolution”, but, if we judge his activities as a whole… his merits are primary and his errors secondary’.

Speaking in December 2013 to mark Mao’s 120th birthday, President Xi Jinping remarked that simply ‘because leaders made mistakes, one cannot use these mistakes to completely negate their legacies, wipe out historical successes, and descend into the quagmire of historical nihilism’. [Source]

With open discussion of Mao’s record barred in China, the debate over his legacy has moved overseas in recent months, with commemorative concerts planned, and then canceled due to protests, in Australia. AFP reports on the divide between different generations in the Chinese community over the events:

High emotion over the Mao commemorations exposes a schism largely between older emigres who witnessed the catastrophic Cultural Revolution and the bloody Tiananmen crackdown, and more recent arrivals who know a richer, more confident modern China.

Flyers for the concerts described Mao as “a national leader forever in the hearts of Chinese people and a hero in the eyes of people all over the world”, according to Chongyi Feng from the University of Technology in Sydney.

For those who blame him for the deaths of tens of millions of people in famine and purges in the decade from 1966, this was “too much”, the associate professor in China studies wrote in a commentary.

To many Australians “Mao or Maoism is a symbol of violence, dictatorship, intolerance, political persecution and cultural repression”, he added. [Source]

In Vancouver, Mao supporters held an event but were greeted by protesters outside the venue.

In honor of the anniversary of Mao’s death, Australia-based cartoonist Badiucao has reposted several of his Mao-themed works in “celebration”:

For more on Mao’s record and history, see Mao the Man, Mao the God, by Sergey Radchenko for ChinaFile.