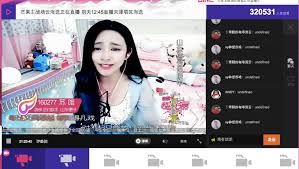 At Caixin, Chen Na reports on new regulations from the Cyberspace Administration of China, the nation’s top internet regulator, which will require all live-streamers commenting on news or current events to apply for official accreditation, and have their scripts approved by an editor. This is the latest in a series of tightening rules on China’s burgeoning live-streaming industry issued by various state regulators, and operating parallel to CAC rules strictly focusing strictly on internet news portals.

China’s internet regulator has ordered live video streaming services plus those who use them to broadcast news or comment on current affairs to apply for accreditation — the latest government move to tighten scrutiny over online content.

As of Dec. 1, scripts of all news or news-related videos streamed live on apps and websites should be first reviewed by a news editor hired by the streaming service, according to a set of regulations — the first of its kind — issued Friday by the Cyberspace Administration of China (CAC). The regulator has not announced requirements for news editors, and it is unclear whether they should be government-accredited journalists.

“Some platforms that lack accreditation to telecast news have broken current broadcasting rules,” according to the regulation.

More on the new regulations from the South China Morning Post’s Zhuang Pinghui:

Live-streaming service providers are required to censor live content before broadcasting it. Platforms carrying out interactive sessions will also have to have censors manage their live comment sections and “bullet screens”, or dan mu in Chinese.

Organisations that live-stream news programmes must have an editor-in-chief in charge, according to the regulations.

[…] The regulations issued on Friday come months after China’s press and entertainment watchdog, the State Administration of Press, Publication, Radio, Film and Television, ordered live-streaming platforms to apply for a “ network broadcasting licence” to operate.

The Cyberspace Administration is more powerful than the radio and TV watchdog, and its directives carry more weight. [Source]

Under the new rules, streaming services will be obliged to store user data and content for 60 days and work with regulators to provide information on users who stream content that the government deems dangerous. Both users and providers are punishable under the regulations.

[…] Online streaming has grown rapidly in China, with the sector estimated to garner revenues of $1.4 billion (1.26 billion euros) annually. Swiss analysts from bank Credit Suisse expect the industry to top $5 billion by the end of 2017, driven by cheap bandwidth and a growing population of young mobile users.

These new rules come amid the Xi administration’s steady increase of control over the news media in China.