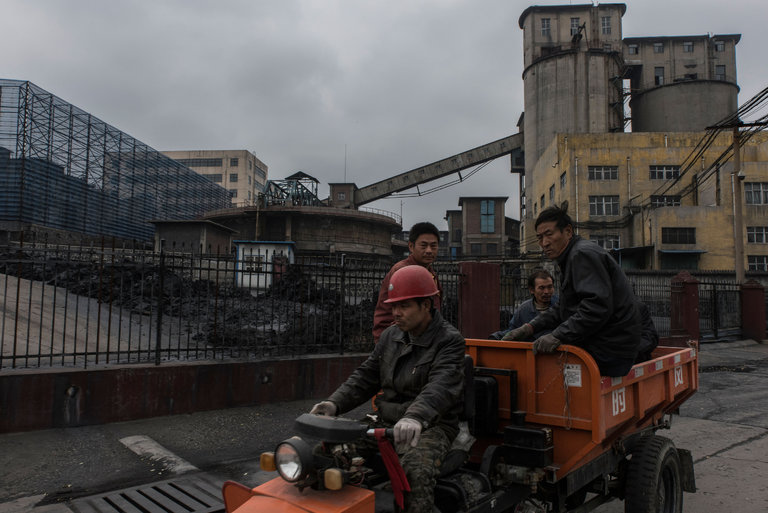 With the U.S. expected to retreat from its role as a climate leader in the wake of Donald Trump’s victory, many are hopeful that China will step in and lead the global emission reduction effort in the decades ahead. Yet, reports suggest that China is set to reverse previous policies that sought to rein in mining with new plans to increase coal production in light of anticipated shortage and rise in coal prices. Keith Bradsher at The New York Times looks at the sudden policy reversal and the developments that led up to the turnabout:

China began closing smaller, privately owned mines, cutting production while clamping down on some of the places that have made Chinese coal mining so dangerous. Just last summer, economic planners told mines they were not allowed to operate more than 276 days a year.

But developments were coming together to push prices up. Chinese investors piled into Chinese commodities markets, betting prices would rise. This became a self-fulfilling prophecy, as more speculators rushed in and bought more coal when prices rose.

An unusually hot summer and early autumn added to power demand. China’s banking regulators decided to let banks release a flood of mortgages to home buyers to bolster economic growth. That produced strong demand for electricity from the steel and cement industries. [Source]

The Wall Street Journal’s Chuin-Wei Yap writes that the increase in coal prices was also brought about by previous government efforts to reduce mining capacity. Those efforts have since been reversed with new plans announced in November by China’s National Energy Administration to raise the country’s coal power capacity by as much as 20% by the year 2020.

The rally in coal prices was largely the product of a government campaign to massively reduce mining capacity as part of efforts to reduce state over investment, underused factories and heavy corporate debt. Beijing wants to close 500 million tons of coal capacity in the five years to 2020—half of which the government said it had already forced through by the end of October.

The vigor of the campaign slashed the supply of thermal coal, doubling prices this year to 604 yuan ($88) a ton this week, 61% higher than the start of the year, according to an industry price index.

[…] Economic data indicate that by midyear, Beijing was calling for rejuvenating state investment to juice macroeconomic growth, which in turn relies on ramping up electricity output—largely fueled by coal.

As late as September, the National Development and Reform Commission—the approving authority for infrastructure and industrial projects—was urging coal mines to increase their output to meet a shortfall in supply. [Source]

The surge in mining activities has led to an increase in deadly mine accidents across the country. Twenty-two miners in Heilongjiang Province were trapped underground this week in the latest accident to hit the industry in recent months.

At the same time, a new report published by financial think tank Carbon Tracker warns that China is at risk of wasting hundreds of billions of dollars on new coal plants:

Many of China’s giant state-owned coal mining firms are unviable and plagued by overcapacity, but the ruling Communist party is reluctant to turn off the financial taps and risk widespread unemployment, with its potential for anger and unrest.

As of July, China already had 895 gigawatt in coal-fired power stations – representing more than half its electricity generation – said the London-based Carbon Tracker Initiative, which argues for limiting carbon emissions using financial data.

The country was operating the coal units at less than half their capacity, the campaign group said on Monday, but “perversely” had another 205GW already under construction and plans for an additional 405GW.

National Geographic has featured a series of striking photographs by Kevin Frayer showing a coal-fired steel plant in Inner Mongolia that has operated without authorization from the Chinese government.