Residents fed up with dangerous levels of air pollution in Chengdu and surrounding areas have protested by placing face masks on city statues and staging public sit-ins. Authorities have responded by sending in riot police to seal off the city center, and requiring local stores to report anyone buying large quantities of face masks or making copies of flyers protesting the pollution. A directive from the Sichuan Propaganda Department set strict limits on reporting of the pollution and protests.

Cartoonist Rebel Pepper responds to the ban on protests by turning the face mask into a blindfold, explaining: “I feel that while the government has forbidden people from defending their right to breathe, they have used a blindfold to cover the people’s eyes so they will not see the pollution problem.” 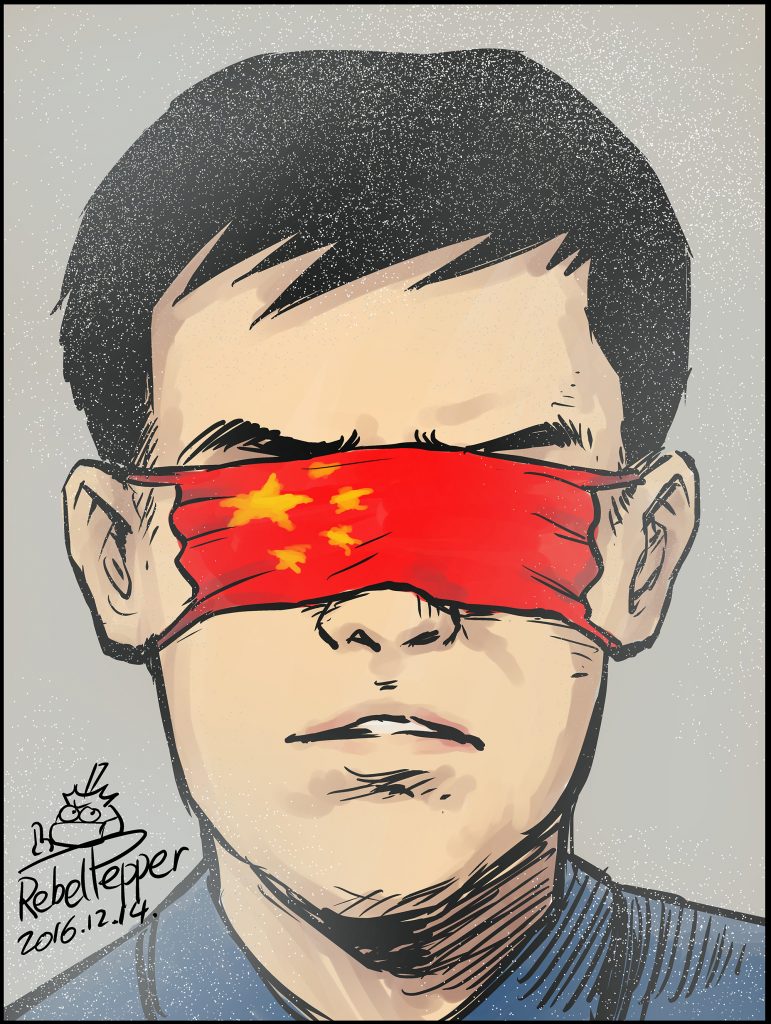 Badiucao terms the protests the “Face Mask Revolution” in a nod to the color revolutions of Eastern Europe.

Meanwhile, netizens are creating memes to express their outrage. In this one, a giant panda, one of Sichuan’s most beloved residents, begs, “Chengdu, let me breathe!”– a rallying cry of pollution protesters. 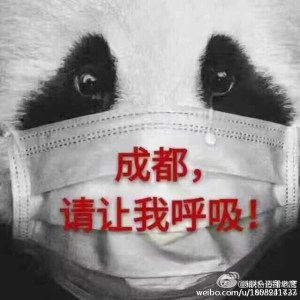