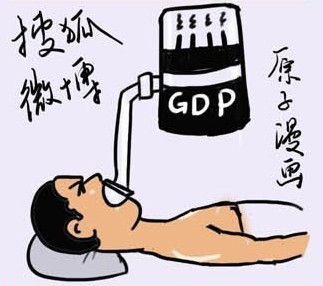 While “smog the people” has been in use for several years, the phrase gained currency in October 2013, when smog stopped traffic and hindered tennis matches in Beijing and brought an “airpocalypse” to Harbin.

In December 2016, the phrase was used widely on Weibo by netizens commenting on dense smog in and around Chengdu, Sichuan, where authorities had cracked down on anti-pollution protests and on the Beijing region where a “red alert” smog warning was issued for the first time in 2016. Beijing municipal authorities in November had announced controversial plans to list smog on a list of weather calamities, so some in the capital city may have used the phrase to imply that it is a result of development-driven government policies rather than a mere “meteorological disaster.” Netizens from across China also used the phrase to accompany cell phone pictures of their smoggy surroundings.

Tags :pollution,smog,word of the week