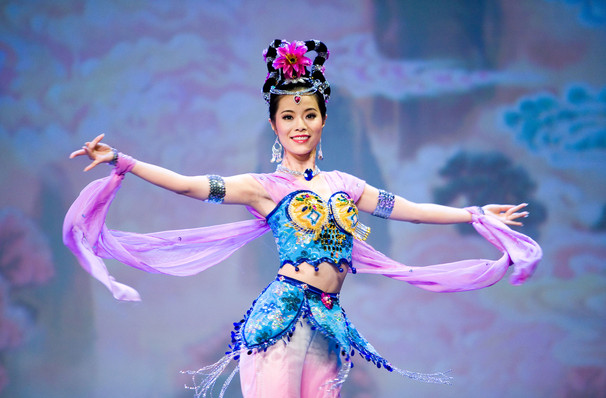 At Reuters, Ben Blanchard reports on a new judicial interpretation from the Supreme People’s Court which may allow an increased crackdown on groups that the government considers to be “cults”:

China will crack down further on what it calls “cults” with a new judicial interpretation released on Wednesday mandating harsh punishments for groups proselytising to government officials or children or linking up with foreign groups.

China’s officially atheist Communist Party does not tolerate challenges to its rule. It prizes social stability and religious activities must be state sanctioned.

[…] The judicial interpretation, release by the Supreme People’s Court and state prosecutor, list seven areas for which offenders will face tough penalties, including carrying out cult activities in public or trying to recruit children or state bureaucrats.

In cases considered less serious, where adherents repent and leave the cult, or where they have been coerced into joining a cult, there is an option for punishment not to be imposed, the interpretation states. [Source]

China Daily reports that, in line with the judicial interpretation, those who use the internet to promote “cult activity” will be facing tougher punishment after the court ruling goes into effect on February 1:

The internet and social media outlets have become prominent platforms for cult members to preach their ideologies in recent years. To ensure such new criminal activities can be clearly targeted by law, the Supreme People’s Court and the Supreme People’s Procuratorate jointly released the judicial interpretation on Wednesday.

According to Chinese law, a cult is an illegal organization that tries to control people by deifying the sect leader; deludes members under the guise of religion or in other names; and engages in activities that harm society.

According to the judicial interpretation, which will take effect on Feb 1, those who use online chat rooms and social media platforms such as WeChat for cult-related activities may face imprisonment, as can those who print cult messages on bank notes.

Cult members who have foreign connections, recruit people in other areas, carry out cult activities at key festivals, preach to minors or work as civil servants will be severely punished, the judicial interpretation stated. [Source]

China Law Translate has translated the interpretation in full. The SPC decisions comes as Beijing continues its efforts to control and regulate religion, focusing resources most heavily on the troubled ethnic minority regions of Tibet (where many native Tibetans are Buddhist) and Xinjiang (home to many Muslim ethnic Uyghurs), and on areas experiencing a rapid spread of Christianity. Last year, President Xi Jinping warned, “We must resolutely resist overseas infiltration through religious means and guard against ideological infringement by extremists.”

The government has periodically launched crackdowns on cults in the past. In 2014, after members of the fringe millenarian group Church of Almighty God (also known as Eastern Lightning 东方闪电) fatally attacked a woman at a Shandong McDonald’s franchise, authorities launched a crackdown on “evil cults.” The crackdown worried mainstream Christian leaders that the anti-cult sentiment being stoked would soil the images of their churches.

Meanwhile, state-affiliated tabloid Global Times last weekend published an op-ed attacking a performance group linked to the group most famously considered a “cult” by Beijing. Shen Yun, a New York-based troupe founded in 2006 by adherents of the Falun Gong spiritual practice (illegal in China since 1999), has long claimed that Chinese authorities have made regular attempts to disrupt their global performances. Last year Beijing’s efforts were reportedly successful in cancelling a scheduled show in Seoul. Published under the byline Shan Renping, a pen-name of editor Hu Xijin, the op-ed attacks Shen Yun as Falun Gong propaganda in disguise:

Falun Gong, a cult group, is notorious among overseas Chinese compatriots. In recent years, it orchestrated a so-called Shen Yun show, which disguises itself as a form of traditional Chinese art performance, in order to deceive many foreigners.

It has been several years since the Shen Yun show was first staged. The company behind the show, Shen Yun Performing Arts, was founded in 2006 by practitioners of Falun Gong. The kitschy show continues to be staged for several reasons.

For starters, Falun Gong is good at disguising itself. It masks its political propaganda behind traditional Chinese culture, and inept actors as excellent performers. The various singing and dancing performances in the show deceive the spectators who are interested in the Chinese culture but have limited knowledge of it.

Moreover, having put in a lot of efforts in learning about business operations, Falun Gong is now familiar with the rules of overseas commercial performances and has established their own performing troop.

In addition, the overseas anti-China forces use Falun Gong as a tool, providing it with funding and other supports, which created conditions for the development of the Shen Yun show. […] [Source]

While Global Times castigates Falun Gong for using Chinese culture to propagandize, state-run People’s Daily reports that the central government appears quite comfortable with the technique: