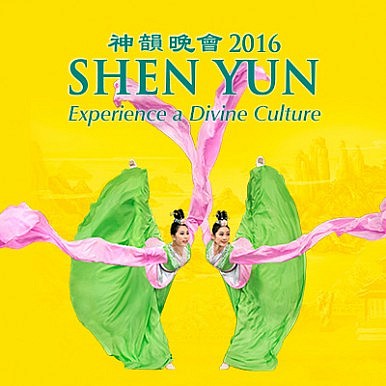 Shen Yun—a New York-based performance group founded in 2006 by adherents of the banned spiritual practice Falun Gong—has long claimed that Beijing has regularly attempted to disrupt their global performances. U.S. State Department reports note cancelled Shen Yun performances in Ukraine, Romania, and Moldova, allegedly under pressure from Beijing; and the harassment of family members of performers in China. Last weekend, a performance in Seoul, South Korea was cancelled in what seems to be a clear case of Beijing’s successfully leveraging of economic clout to censor art abroad. At The Guardian, Alan Yuhas reports:

This week a Seoul court let a theater cancel four shows by the company, which provided a translation of the court order. The venue, KBS Hall, is owned by Korea’s national broadcasting company, one of the few companies Beijing lets air foreign television in China.

The court order cited a letter from the Chinese embassy in Seoul, which warned the theater about “a huge loss” should China revoke broadcasting rights. Shen Yun also provided a copy of the January letter, written on embassy letterhead.

[…] In reply to a request for comment, the Chinese government in Washington sent a link to a page about Shen Yun’s links to the “anti-society cult” Falun Gong, and said the movement’s founder, Li Hongzhi, ordered the performances.

According to the troupe, a Seoul court said on 19 April that they could perform, but then reversed its decision on 4 May after another letter from the Chinese embassy. […] [Source]

Falun Gong had originally received official support in China in the mid-1990s, towards the end of a decades-long “qigong boom”; by 1999, the group was labeled a “cult” and officially banned, and the systematic persecution of Falun Gong practitioners has been well-documented. According to Shen Yun’s website, their main mission is to “revive the true, divinely inspired culture of China,” one based on “5,000 years of civilization, almost lost” due to the “communist regime’s treat[ment of] traditional Chinese values.” In a report on Shen Yun for Foreign Policy last year, Isaac Stone Fish noted, “Shen Yun exists to transmit a message: that heavenly forces will destroy modern-day China, obliterating the Chinese Communist Party (CCP), which has ruled the country since 1949.”

The Guardian report continues to note earlier instances when Chinese diplomatic outposts in the U.S. had rallied (unsuccessfully) to cancel Shen Yun performances. At The Diplomat, Freedom House’s Sarah Cook explains why the canceled Seoul show stands out from earlier attempts to shut down Shen Yun performances:

First, the court that issued this decision is the very same one that had ruled two weeks earlier in favor of the Shen Yun performance, despite already hearing arguments drawn from Chinese embassy communications. The last-minute “flip flop” raises the question of what changed in the interim and who intervened to alter the final ruling. Whether it was higher-level input from Chinese diplomats or from South Korea’s own executive branch, such pressures infringe on judicial independence and ultimately hurt South Korean democracy and rule of law.

Second, the court ruling provides unusually explicit insight into the financial leverage that may have been employed by the Chinese embassy to incentivize this obstruction of a performing arts event outside China.

A translated copy of the court decision refers to the financial losses that the Korea Broadcasting System—the owner of KBS Hall—could incur if the shows were allowed to go forward, ostensibly because of Chinese government retaliation against the firm’s Korean television dramas, which are popular among viewers in China. The judicial decision states that if KBS “cannot export its broadcasting contents to China, there are possibilities that it may face huge losses, which cannot be compared with the income from ticket selling.” It then calculates that if the content exported to China were obstructed, it would result in 10 billion KW ($8.5 million) in losses for KBS each year. By contrast, the court says, the several thousand tickets that Shen Yun had already sold and would be forced to forfeit amounted to only 18 million KW ($15,000), so that even if KBS has to reimburse these losses, it would be worth the relatively minor expense.

[…I]n this week’s South Korean case, it is effectively being legitimized by the court of a democratic country, and by a public broadcaster funded by the South Korean government. That sets a dangerous precedent. […] [Source]

This incident is the latest in a long series of accusations of Chinese government interference in the arts, media, and publishing around the world. In 2013, Cook authored the report The Long Shadow of Chinese Censorship, which showed similar use of economic leverage by Beijing to limit the publication of news stories or airing of sensitive material outside of China.

Last October, a PEN American Center pledge to address censorship in Chinese translations of foreign works was signed by a dozen American publishing companies. Hollywood film studios’ willingness to cater content to Chinese censors in an effort to ensure access to the world’s second largest box office has also been noted. Late last year, five Hong Kong booksellers known for publishing salacious stories on top Chinese leaders disappeared from Hong Kong or Thailand to later appear in detention China, after which one pledged to refrain from continuing that type of work. The apparent abductions occurred amid growing concerns of eroding press freedoms in Hong Kong—long a hub of unrestrained reporting on China—due to Beijing’s economic influence. Last month, it was revealed that the American Bar Association had cancelled a book deal with rights lawyer Teng Biao out of fear of “upsetting the Chinese government.”