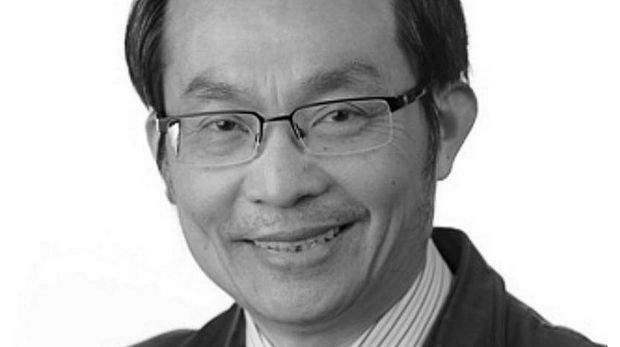 A leading China studies professor from the University of Technology Sydney has been barred by Chinese authorities for the second time in two days from boarding a flight home to Australia. Bill Birtles at ABC reports:

Chongyi Feng, an Associate Professor in Chinese Studies at the University of Technology Sydney (UTS), had been visiting China but friends say he was stopped from taking a flight to Australia while at Guangzhou airport in southern China on Saturday night.

It was the second time in as many days that the prominent Sydney-based academic and China expert had been blocked from boarding a flight.

During a brief phone call that cut out, he also declined to give a reason, or discuss his situation in detail.

Friends based in Australia say it is a positive sign that he is not being held completely incommunicado.

A staff member at a Guangzhou hotel where some friends claimed Dr Feng was being held said his name did not match anyone on its guest list. [Source]

Dr. Feng has been a vocal critic of the Chinese government’s growing influence in Australia and has spoken publicly about Beijing’s sway over Australia’s Chinese-language media outlets. Sources have confirmed that Dr. Feng was repeatedly questioned on his trip about his research and his connections with liberal intellectuals in mainland China. From Philip Wen and Peter Gosnell at Reuters:

Feng, who was head of China Studies at UTS for 11 years, is well-known in academic circles for his research into contemporary politics, the growth of rights consciousness and democratic forces in mainland China.

He has been vocal in the Australian media over what he and numerous fellow China experts consider Beijing’s increasing attempts to influence Australian politics and exert control over Chinese-language media.

For research into his academic work, the sources said, Feng had been meeting fellow academics, intellectuals and rights lawyers in Beijing and other cities in mainland China, before he was picked up at his hotel in Kunming by provincial state security and taken away to another hotel and questioned for three hours.

After traveling to Guangzhou to board his flight to Sydney, he received a call from the same state security officers informing him they had followed him to Guangzhou, the sources said. They arranged to meet and Feng was questioned for another three hours over who he met while in Beijing and who his contacts were in Australia.

It is understood that, as of Sunday morning, Feng remained free to move around within mainland China and had not been physically detained. [Source]

Amy McNeilage and Matt Wade at The Sydney Morning Herald have more on Dr. Feng’s case and the threats he had received from the Chinese government prior to his travels.

While the reason for Dr Feng’s treatment is unclear, there is speculation his case could be treated as a matter of “state security” by Chinese authorities.

Chinese lawyers who had been in contact with Professor Feng said he had been stopped from leaving China by police who had accused him of threatening state security.

[…] Having briefly published a Chinese-language newspaper in Sydney, he said he was well aware of the pressure exerted by Chinese officials. Furthermore, he said the Chinese consulate had threatened to block him from collaborating with Chinese universities and to restrict him from obtaining visas to travel to the mainland.

Feng, who is an Australian permanent resident but retains his Chinese passport, is expected to have limited access to consular support from the Australian government due to his citizenship status. From The Guardian:

He was first held for questioning in Kunming, the provincial capital of southwestern Yunnan earlier this week, before being barred from boarding a flight to Sydney at Guangzhou’s international airport on Friday morning, two sources familiar with the situation told Reuters.

[…] Having subsequently requested help from Australian authorities, Feng felt confident his case had been resolved and he would be free to travel, one of the sources said. But he was again notified he was on a no-fly list when attempting to board a second flight home late on Saturday.

A DFAT spokesperson said the department was aware that the professor, who is an Australian permanent resident, had been prevented from leaving the country.

“According to the Australia-China consular treaty, the Australian government is able to provide consular assistance only to Australian citizens who have entered China on their Australian passport,” the spokesperson said in a statement.

However the justice minister, Michael Keenan, said the Australian government had been in contact with his family and the Chinese government. [Source]