Game Encourages Players to Tear Down the Great Firewall 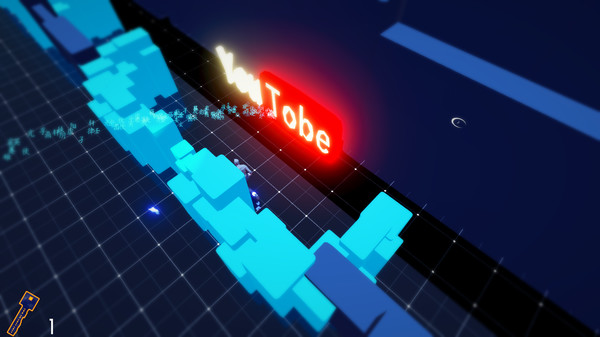 A short anti-censorship video game titled “The Wall” (qiáng 墙) is now available in the Steam store. The game, made by Chinese game developer ZuoBuLai (做不来, literally “unable to make”), is inspired by China’s Great Firewall, the name Chinese web users have given Beijing’s system for blocking sensitive foreign websites and content from view in China, and an obstacle that some savvy netizens are constantly attempting to scale. From the developer’s description, as posted on the English-language Steam page:

Hello, players outside the mainland China. The idea of this game came from the Internet Network Censorship in China, of which bears the sarcastic name of “Wall”. This name eventually became the the title of our game.

[…] Imagine yourself born within a “Wall”.
Will you stay obedient to the rule
and protected by the “Wall”?
Or will you
once in a while
want to break through the “Wall”?

Key features:
Break the Wall that represents rules;
Disguising yourself as an innocent citizen when in the queue, to avoid being spotted by “Sentinels”.
Get the key from “Sentinels”, disclose the locked information source and wake those who follow the rules blindly;

Due to my own interpretation of the theme, any use of “gun and violence” during the game will be punished;
The total game time will be around only 30-60 mins, so if you could not accept that, please think twice before purchase. [Source]

A promotional video from the developer previews gameplay, in which players roam a dystopian digital world, breaking ranks from fellow troopers to attempt to tear down sections of the wall cordoning off sites like “CornHub,” “Facebookk,” “Googlee,” and “YouTobe”—all thinly veiled references to websites long blocked in China:

Last month, the South China Morning Post’s Julia Hollingsworth rounded up initial reactions to the promo material from both side of the Great Firewall:

The trailer was recently posted and given the green light on Steam, a gaming platform. A section of the platform caters for emerging developers, allowing them to promote their games and release them given sufficient public support from the gaming community.

[…] The trailer has also been shared on Chinese gaming website CowLevel.net and Weibo, China’s version of Twitter.

Online reactions to the game have been overwhelmingly positive, with both Chinese and Western internet users offering their support.

One internet user wrote on Steam: “The game [is] bomb as hell, I’d buy it.”

Another wrote in Chinese: “The introduction is very powerful – is it hinting for us to breach the Great Firewall?” [Source]

CDT Chinese editors have compiled more recent reactions to the game from Weibo, many of which allude to the possible risk invited by the developers, any potential players in China, and the website distributing the game:

HuYuQieXiangdeng (@互余且相等): The game-maker has eaten his last meal, we shall meet in the afterlife.

XianDeDuoyun (@闲的多云): When the time comes Steam will also be walled, will that make them happy?

YuwenPingKang (@宇文平康): The Wall originates from certain groups and classes’ lack of self-confidence in the legitimacy of the regime. Their confidence in their citizens and in themselves is of an inadequate degree.

@VackaeP: The politicization of entertainment, the entertain-ization of politics, this is the current state of your China.

With 20 reviews on the Steam page so far, the game has received an overall positive review. One English-language reviewer wrote:

Game is short and easy and it just describes a serious problem in China. If you’ve never experienced the blockage of the GFW, this game may not be suitable for you. If you just want to simply experience it, the game only showes a tiny part of the GFW. But I still recommand this game as it has a great content that can be improved. Hope the game-maker will continue adding some content without being catching by the police XD. [Source]

Game developers in China, where games are subject to a long list of political and moral content requirements, have in the past lamented the strict demands of censorship.