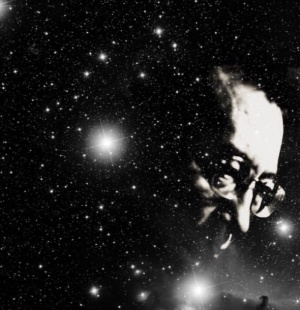 But I still want to say to this regime, which is depriving me of my freedom, that I stand by the convictions I expressed in my “June Second Hunger Strike Declaration” twenty years ago—I have no enemies and no hatred.

Liu Xiaobo (1955-2017) was a firebrand literary critic, poet, and democracy activist. He was awarded the Nobel Peace Prize in 2010, just months into an 11-year prison sentence that would eventually outlive him. His writing, activism, and courage facing the Chinese government have made him China’s most prominent dissident, though he has been largely erased from public memory in China itself.

Liu Xiaobo was born in Changchun, Jilin Province, on December 28, 1955. China’s schools closed in 1966 amid the Cultural Revolution, but Liu read voraciously. As part of the first cohort of university students after the Cultural Revolution, Liu studied Chinese literature at Jilin University, then earned his master’s and doctoral degrees in the same subject at Beijing Normal University. As a graduate student, Liu earned his reputation as a “black horse” who criticized virtually every contemporary writer. His dissertation, Aesthetics and Human Freedom, became his second book. (His first book, Criticism of the Choice: Dialogues with Li Zehou, was a bestseller.) Liu became a popular lecturer at Beijing Normal upon completion of his PhD. 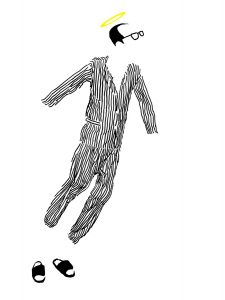 The principle work that earned Liu Xiaobo the Nobel Peace Prize was a collaborative effort, the democracy manifesto Charter 08. Liu played a central role in drafting the document and collecting thousands of signatures. He was detained two days before Charter 08 was released, and on Christmas Day, 2009, given an 11-year sentence for “inciting subversion of state power.” The following year, he was awarded the Nobel. His empty chair sat on the stage at the awards ceremony in Oslo, an image that quickly became a popular online meme to show tacit support for Liu. The world then heard very little about Liu’s condition in prison until June 26, 2017, when he was transferred to Shenyang No. 1 Hospital with late-stage liver cancer.

Liu died under guard on July 13, 2017. He is the second Nobel Peace laureate to die a prisoner of conscience. The first, Carl von Ossietzky, died in 1938 of tuberculosis, after years spent in a Nazi concentration camp. Since Liu’s death, concern has swelled for his widow Liu Xia, who has not been seen in public since her husband’s burial at sea on July 15, 2017, except for a brief video appearance. Liu Xia remains under tight government surveillance at her home in Beijing, and friends and associates have grown increasingly concerned for her mental and physical well-being.

Liu Xiaobo’s essays and poetry are available in Chinese at Boxun and bannedbook.org.