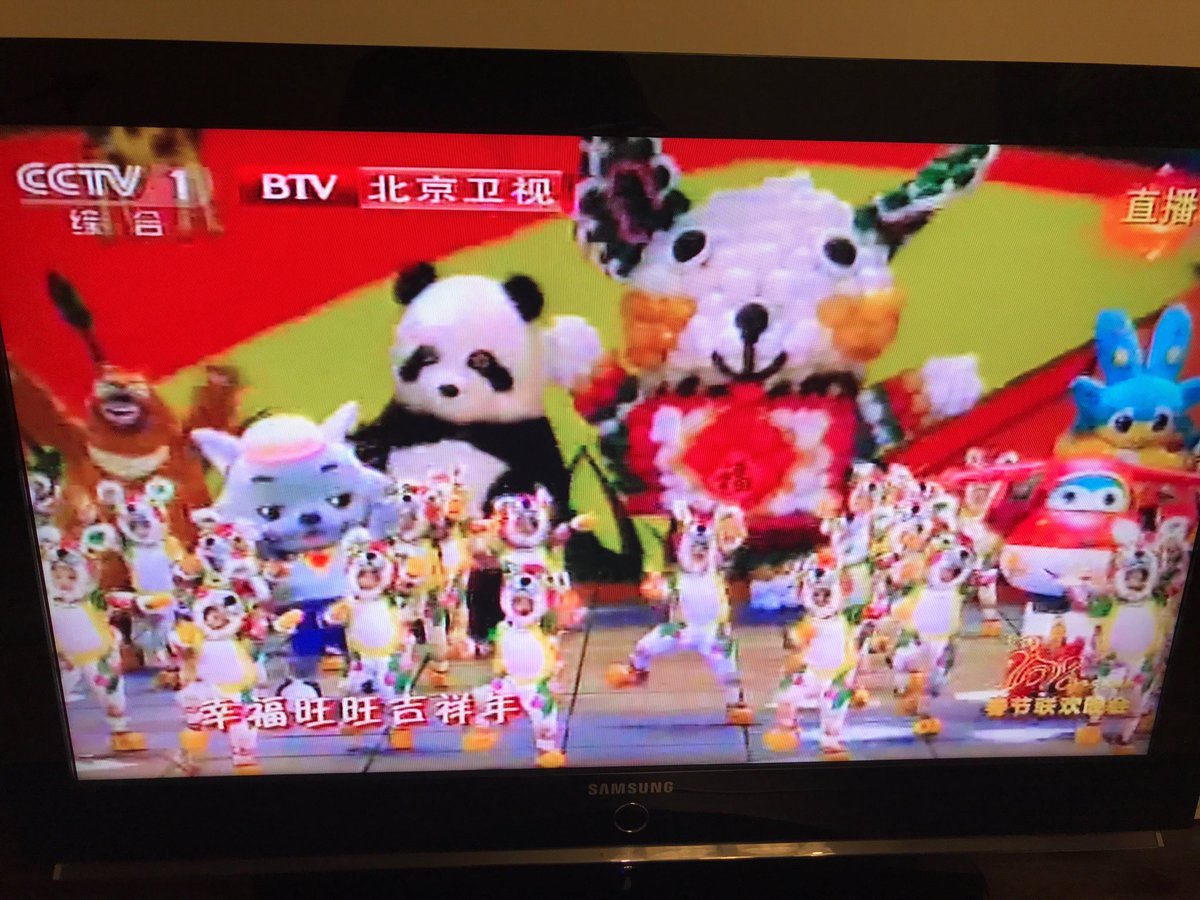 Ahead of CCTV’s latest annual Spring Festival Gala (春节联欢晚会, commonly abbreviated to 春晚), which was broadcast last night, censorship authorities were apparently anticipating the customary netizen ridicule of the world’s most viewed annual televised event. CDT editors found that Weibo was blocking the following term combinations from being posted:

The following term combinations were also verified to have been blocked from searches on the service:

“Steamed Bun” is an irreverent term for top leader Xi Jinping, derived from an apparently staged visit to a Beijing baozi shop in 2013. Even accidental disrespect to the “core leader” is now a sensitive subject: when Hunan TV, China’s second largest broadcaster, aired its own live Spring Festival Gala last week, host Li Weijia’s accidental mangling of the tones for Xi’s name brought censors to swift and bafflingingly intense action.

Screenshots verifying unsuccessful searches and postings of the above terms can be viewed on CDT Chinese. “春晚” is currently the top trending search term on FreeWeibo, where many censored netizen comments on the topic have been archived.

CCTV’s annual Spring Festival Gala has become a regular target for criticism and mockery, and the sensitive event is often the subject of censorship directives. The 2018 gala aired on February 15, and Manya Koetse paid sharp attention and kept a liveblog at What’s on Weibo. In a separate WoW post, Koetse describes one gala segment, a skit representing a scene in Kenya, that attracted widespread criticism for including blackface and racist stereotypes. Koetse rounds-up and translates netizen reaction to the skit:

Although the segment was likely meant to emphasize good Sino-African relations, the performance seems to have backfired.

On Weibo, reactions to the performance were mixed. Although some people said they liked it, many also called it the most “awkward” segment of the night.

“I just think this is awkward, isn’t the Gala inspected thoroughly [before airing]?”, one person wondered. Other people also raised the topic of China’s strong censorship, asking why a performance such as this would have been accepted.

“I think it’s a bit racist (种族歧视),” another Weibo user said. “What do our African friends think of this?” others wondered.

“This is plain racism, the foreign media are going to explode,” another micro-blogger wrote. While “awkward” was the key response to the skit on Weibo, “racism” was mostly mentioned on social media platforms Twitter and Reddit. [Source]

As predicted by the anonymous Weibo users, foreign journalists and other China-watchers did indeed take note:

Well, I know what all the English-language articles are gonna focus on tomorrow.#SpringFestivalGala's Africa skit gave us all a close look at how China views Africa: monkeys, giraffes, half-naked dancers, and a region in need of Chinese ¥. pic.twitter.com/JHzcLRlgN5

I must say, the #CCTVGala is indeed quite 'innovative' this year, as it promised to be, although I didn't expect it this way with blackface sketches and military soldier acrobats https://t.co/h75h3uCsig pic.twitter.com/hsDqFscS8F

Incredibly embarrassing show on #chunwan . A Chinese actress plays an African woman, accompanied by a monkey, trying to marry her daughter, a passenger attendant on Chinese-funded railway, to a Chinese man. ? #SpringFestivalGala pic.twitter.com/u1qJyCYo1n

Sorry to break it to everyone outside China, but it turns out The End of History will look something like this. pic.twitter.com/lF4epRZ5Xi

Not one American, FWIW pic.twitter.com/6VFarYhERI

The view on Chinese New Year from Beijing: Streets blanketed by surveilling police and cleaners to prevent fireworks, skies silent and pitch black. The capital government has managed to smother the most joyful, beloved day of the year for Chinese. Shame!! pic.twitter.com/FEpzHf0OCt

I'm in central Beijing, it just went midnight on Chinese New Year, and the sky is quiet and dark.