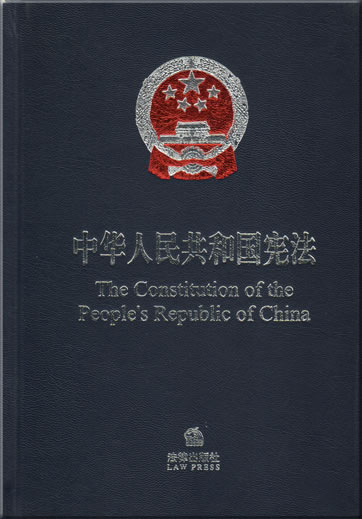 At the ongoing annual “Two Sessions” meetings of the Chinese People’s Political Consultative Conference and National People’s Congress, the most widely anticipated move will come next Sunday when the Congress is expected to pass a constitutional amendment abolishing the current two-term limit for state president, opening the door for Xi Jinping to retain his position indefinitely. The announcement last week caught many by surprise, and was followed by rapid and thorough censoring of related news and commentary online, including the filtering of a long list of related terms on Weibo. Lawyers have been warned about publicly commenting on the news, and CDT recently received an email from an American professor at a university in China who received a message from the Party secretary of his department that professors, “should not talk about the recent constitutional change on online media or in our classrooms or with our students.” It was the first such directive he has ever received.

Yet despite the last minute announcement a week before the Congress opened, the Chinese government has told media that the change came in response to an “overwhelming appeal” from the Party and public. Nectar Gan at the South China Morning Post reports:

Speaking on Monday to about 3,000 lawmakers who are widely expected to approve the change in a vote on Sunday, a senior official with the National People’s Congress defended the move, claiming it was widely supported by party cadres and the public.

“During consultations and surveys at the grass-roots level, many regions, departments and members of the party and the public have unanimously called for the rules on presidential term limits in the constitution to be revised,” said Wang Chen, secretary general of the NPC, without saying which regions or departments.

“During the party’s seventh plenum and 19th congress [in October], such calls were also loud among delegates who attended those meetings,” he added. [Source]

Asked if the move for Xi to potentially become president for life represented a backward step, Wang Jiaqi, from the rustbelt northeastern province of Jilin, said China should follow its own political model.

“We don’t have to follow other countries’ models. We have our own history and own systems and institutions,” he told Reuters ahead of the session beginning.

"if we don’t worship him, who will?” – NPC delegate interviewed by Reuters about Xi Jinping and the elimination of term limits, who inadvertently made a pretty good point.

Other delegates, perhaps caught by surprise by the Wall Street Journal’s Te-Ping Chen, were less loquacious on the matter:

Favorite reaction of a delegate today when asked about China scrapping term limits: "Don't know anything about it."

"But they just read out the amendment. Weren't you paying attention?"

“China’s facing a complicated situation. So this reform is good.”
“Complicated how?”
(Silence.) “It’s all complicated.”
(Three follow-up q.’s fail, delegate walks away)
“Enough. What I’ve said is already a really good answer.”

“Does this mean that Xi might rule for a lifetime?”
“That’s blind speculation.”
“So under what conditions would China ever switch leaders?”
“I need to use the bathroom.”

Yet Christopher Bodeen at AP reports that many people have pushed back on the assertion that the amendment received widespread public support:

The amendment process was set in motion by Xi at a meeting of the ruling Communist Party’s Politburo on Sept. 29, according to a report submitted to the National People’s Congress at its session opening on Monday.

[…] However, the secretive manner in which the amendments were drafted is a break from past practice, said Beijing-based political commentator Zhang Lifan. The first word most Chinese had of the move to eliminate term limits came on Feb. 25.

“In every previous amendment to the constitution, public opinions were solicited openly, but we haven’t seen any information beforehand this time,” Zhang said.

For older people in Chinese society who lived through the Cultural Revolution and the Mao Zedong era, the new rule gives pause. From Tom Phillips of The Guardian:

Even so, for those who witnessed and suffered the excesses of Mao’s megalomania, Xi’s power grab – which paves the way for him to lead China well into the 2030s – has proved a step too far, leaving them fearful their country is slipping back towards its tumultuous past.

“This is a very dangerous moment in China,” warned Yao, who is now 78. “Nobody thought he would take this step – but he did … It is a very, very bad situation.”

Yao, who has lived in the United States since 1989, is by no means the only one sounding the alarm.

Cheng Li, a prominent expert in Chinese politics who had previously accused some of drawing “premature conclusions” about Xi, said his decision “to revert the country … to the era of strongman politics and the personality cult” was a mistake. “The result may be a leadership split and political instability in China,” the Brookings Institution scholar warned in a recent essay. [Source]

AFP’s Joanna Chiu & Ryan McMorrow report that while many delegates in the meeting hall expressed support for the measure, there has been significant dissent expressed online, despite strict censorship:

The claim that the masses unanimously approve the measure is in the text of the amendment introduced at the opening session of the annual NPC meeting on Monday. The handpicked legislators are all but certain to vote “yes” on Sunday.

But many in China — from businessmen and women to teachers, religious leaders and retired officials — have been voicing discontent, either in private or through social media and interviews with foreign media.

[…] Li [Datong] said thousands of emails of support had flooded his inbox, until one day they all mysteriously disappeared. During the interview in a coffee shop, two policemen hovered outside, at one point inspecting a pot of flower tea ordered for the table. It was never served.

Sophia Huang Xueqin, a feminist activist based in the southern city of Guangzhou, saw Li’s letter and reposted it to her WeChat social media account, adding her own take.

“Even my older relatives back home are talking about it,” she wrote, “They called me to ask will Xi be the next emperor?” [Source]

Journalist Li Datong wrote an open letter calling on NPC delegates to vote against the amendment. Other online writers have expressed dismay and anger at the decision, while some have used creative language to mock Xi’s aspirations. Others with dissenting views–such as Hu Jia–were told to leave Beijing during the Congress, as has become annual practice.

As Chun Han Wong points out in the Wall Street Journal, Xi’s new political status may ensure that this year’s Congress has even fewer teeth than usual:

By amending the constitution to entrench one-party rule, Mr. Xi also strengthens his professed commitment to “rule of law” and his self-styled image as a fearless punisher of corrupt officials and other miscreants, some legal experts say.

While past congresses have allowed officials to powwow over policy and, to some extent, vent critical views, Mr. Xi’s dominance could mean this year’s two-week session offers little more than obsequious displays of loyalty to the leader and his agenda.

Constitutional amendments require approval from at least two-thirds of congressional delegates. When the constitution was last revised in 2004, just 10 dissents and 17 abstentions were recorded among 2,890 valid ballots cast. [Source]

Xi himself has been widely lauded at the Congress, with Premier Li Keqiang name checking Xi 13 times in his work report, making, “Mr. Xi the only serving leader to receive so many mentions since Mao Zedong,” according to the Wall Street Journal’s Josh Chin. (See the full text of Li’s work report in English and Chinese, via the WSJ.)

This is Xinhua's summary of day one of the Congress. A definite theme seems to be emerging… pic.twitter.com/THGB9ZhNmK