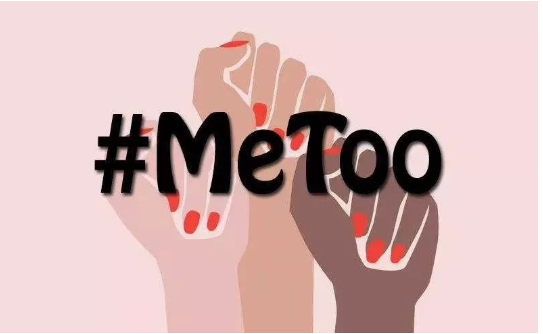 As the #MeToo movement against sexual harassment and assault has swept the world over the past year, state censorship and other political and cultural barriers have been widely blamed for stymying attempts to launch a localized Chinese incarnation of the social justice campaign. This week, revelations of rape and sexual harassment by high-profile media professionals appear to have kicked China’s #MeToo movement into a new phase. The movement has now also hit China’s public interest and nonprofit spheres, where several prominent advocates for social justice have been implicated in sexual assault, and critics have called out a culture of fraternal shielding and willful inaction—a phenomenon that has also occurred in #MeToo movements in the West. Included on the list of social justice actors accused of committing sexual assault this week are Lei Chuang, founder of  hepatitis B advocacy group Yiyou Charity Center, environmental activist and Nature University founder Feng Yongfeng, and NGO-consultant Yuan Tianping.

In the wake of these revelations, feminist activist and former “Feminist Five” detainee Li Maizi has published an essay on WeChat in which she blames the prevalence of slut-shaming and inaction in the public interest sphere for fostering a culture of assault, and urges a comprehensive feminist education for the sphere. “The #MeToo movement again illustrates the power of feminism’s challenge to the patriarchy,” she writes. “It does not shy away from any community. It is a thorough challenge to the structural patriarchy.” CDT has translated Li Maizi’s essay in full:

From Lei Chuang to Feng Yongfeng, the Public Interest World Needs a Comprehensive Education on Feminism

On July 23, Lei Chuang was revealed to have raped a female volunteer during his campaign to lower hepatitis B drug prices. The person who was assaulted bravely came forward with her real name, proving she is powerful and not the “weak victim” many people see her as.

And then Lei Chuang posted a message admitting to sexual assault and said that he was considering turning himself in. He said he hoped “feminist comrades” (his original words) could use him as a “negative example.” His message earned approval from many. They think that at least he admitted to having committed rape, actively expressed remorse, and admitted guilt. However, in subsequent media reports, Lei Chuang said that he and the person who accused him were lovers. These two contradictory statements further complicated this incident.

On the same day, a statement from another volunteer appeared on the WeChat public account of the Guangzhou Gender Center. The author said she was also tricked by Lei Chuang. And this proves another fact: that sexual assault and harassment cases often have more than one victim. The perpetrator often takes advantage of his position of authority to commit sexual assault in similar manners. There have been cases in America. The Hollywood tycoon Harvey Weinstein, after being accused by eighty women of sexual harassment, had to turn himself in to the police. After paying 100 million dollars and promising to wear tracking devices, Weinstein made bail. If the accusations stand, he could face 30 years in prison.

Myth: Non-violent Rape is Not Rape?

Lei Chuang started to follow the hepatitis B problem in 2007. There are 90 million hepatitis B carriers in China, and he’s had prominent achievements in the past few years. However, to people’s disbelief, the rape incident actually happened during the 2015 advocacy walk. Simply put, it happened in the workplace, the nature of which could be compared to the “Song Shanmu Rape Case.” The lawyer for the victims in the Song case argued that “non-violent rape is also rape.” The judge took this argument and Song Shanmu was convicted and sentenced for rape.

Noticeably, in his second statement Lei Chuang said that he thought he and the other person were lovers at the time. But arguments like this cannot exonerate him of rape. From my perspective, his second statement is simply meaningless: just a natural psychological reversal made by the perpetrator under pressure. When faced with the crushing blow of lost reputation and career, the perpetrator often becomes defensive and tries to avoid a total breakdown. These are common behaviors of the perpetrator.

Wang Qiushi also had similar reactions. When the Feminist Five were taken away, Wang harassed our feminist friends and their family. After the incident was made public, his first reaction was to issue an apology, and then he tried to resist sanction from his workplace at the time. Similarly, many people defended him. When he was sought by the government later, he issued an open letter saying that although he maintained intimate relationships with many women, he was “righteous on big principles.” In the letter he completely denied having sexually harassed the family members of the Feminist Five. To me, it was a complete denial of the facts. When he was being crushed by the public authorities, a letter like this was an absolute boost to his reputation.

In addition, on the same day, an anonymous article exposed that “xiaozhang” had sexually assaulted women. On July 24, the founder and principal of Nature University, Feng Yongfeng, stated that he sexually assaulted a woman after he got drunk. He said he felt deeply regretful and had learned his lesson.

In fact, while most people were not satisfied with Lei Chuang’s and Feng Yongfeng’s responses, there were also a lot people supporting them. These people are many, and the methods they used included slut-shaming and denouncing the people who were sexually assaulted, even posting death wishes.

Undoubtedly, the contradictory behaviors of these clever men cannot change this fact: that is, sexual harassment is a violation of the dignity of the harassed. It is a human rights violation. Rape is even worse. Rape leads to not only serious psychological damage, but also physical damage. Of course, some might easily forget and forgive these actions, but others might not. The people involved took great risks and shouldered great pressure to expose these actions. And they are brave because of this.

As the #MeToo movement deepens in China, more and more people, especially the ones in the public interest sphere, have come to realize the nature of sexual harassment—that is utilizing one’s power to commit sexual actions against the other party’s will. And people have realized that rape is a serious form of sexual harassment. Any reasons that the perpetrators use to defend themselves cannot stand as excuses to commit rape.

Immediately Stop All Slut-shaming and Victim-blaming, Including the Chastity Argument

As the founder and manager of an organization, Lei Chuang naturally had direct power relations with the volunteers. At the same time, as a public interest movement leader, he naturally has this “leader’s halo.” This is an indirect power relation. Under the direct and indirect power relations, when Lei Chuang says that booking a hotel room with only one bed is for cost-saving purposes, the volunteers, who are the inferior ones in this power relation, could easily interpret this as reasonable. And now many people in the public interest world go as far as blaming the assaulted, accusing them of being unchaste. What’s more horrifying is how vulgar this staff member’s words were. Using the “chastity education” that her organization gave to a group of 6-year-olds as an example, she blamed the people assaulted for neglecting safety precautions. She even raised this “chastity is more important than 200 yuan hotel money” argument, trying to prove how successful her “chastity education” is. She advertised her sex ed.

And this is not the most horrifying part. What’s worse is that, in this group chat with several hundred members, only one person raised objections to her arguments. Others were all supportive of slut-shaming of this sort and continued to use the vulgar words and patriarchal arguments. No one put an effective stop to such actions. The majority showed their support. This horrified me. It sent a chill down my spine. Such brazen slut-shaming appeared in a sex ed agency, showing that the sex ed workers in China’s public interest organizations are in grave need of gender equality awareness. They actively engage in gender discrimination and have no ability or willingness to prevent and stop sexual harassment. The public interest people using public welfare as a banner to slut-shame victims show how backward China’s public interest organizations are, how impoverished their concepts are, and how bankrupt their morality is.

And there are hepatitis B carriers who wished the woman and her whole family “sudden death.” And even when the perpetrator did not deny the assault allegation, people still send “death wishes” to a “volunteer” who works together with them to fight discrimination against hepatitis B carriers. Dare I ask, is there any justice in these vicious curses? I have to say that this is a complete betrayal of public interest ideologies.

What Should a Public Interest Organization Do When the Manager Steps Down?

As of now, Yiyou Charity issued a statement that Lei Chuang was stripped of managerial duty, and that the organization has filed to change its legal representative. At the same time, Yiyou is drafting an anti-sexual harassment guideline, and welcoming suggestions.

In fact, Lei Chuang was both the founder and manager of Yiyou Charity, and Yiyou Charity mostly relied on public donations. Lei Chuang took advantage of his work to rape a volunteer, which seriously went against professional ethics and violated the law. Because of this, Yiyou Charity has completely lost its credibility, which is something exceptionally hard to rebuild.

When there are people who seriously violated the public interest ethics, other public interest workers should reflect on how to prevent similar things from happening. When the “juniors” are exposed for sexual misconduct, the bigwigs should not be “easily forgiving” or “lovingly caring about” people like Lei Chuang. More unbelievably, after these “easily forgiving” and “lovingly caring” WeChat messages were made public, these bigwigs are looking to go after whoever leaked these messages. Although Deng Fei [a high-profile campaigner who had initially defended Lei Chuang]  issued another statement the next day admitting to wrongdoings and acknowledging that he needs to work on his awareness about gender equality, his previous statement had shown how backward his views on gender were. Also on July 24, other allegations against public interest bigwigs surfaced. The information was appalling.

For this matter, the #MeToo movement again illustrates the power of feminism’s challenge to the patriarchy. It does not shy away from any community. It is a thorough challenge to the structural patriarchy. Unlike in the past, more and more people are embracing feminism. Despite the great resistance, it is time to change the personnel landscape in the public interest sphere through the #MeToo movement.

Based on This, I Must Make Three Appeals:

First, these important things should be stated over and over again: public interest organizations should proactively engage in building mechanisms to prevent and deal with sexual harassment, train their staff, and include these mechanisms in their organizational documents such as work guidelines and handbooks for new recruits. They should also build a gender-inclusive work space (as opposed to hostile work environment).

Second, I call for the relevant people (especially public interest folks) to immediately stop slut-shaming and further hurting those who were assaulted. In addition, those friends who support the assaulted should not belittle our power. Please continue to step forward and show your support.

Third, in regards to sexual harassment and sexual assault cases of the past, the public interest organizations have the responsibility to strictly punish the perpetrators and adopt a high standard, and to provide justice to the assaulted. Perpetrators who violated the law should be punished by law. [Chinese]