How Google Is Developing Its Censored Search Engine 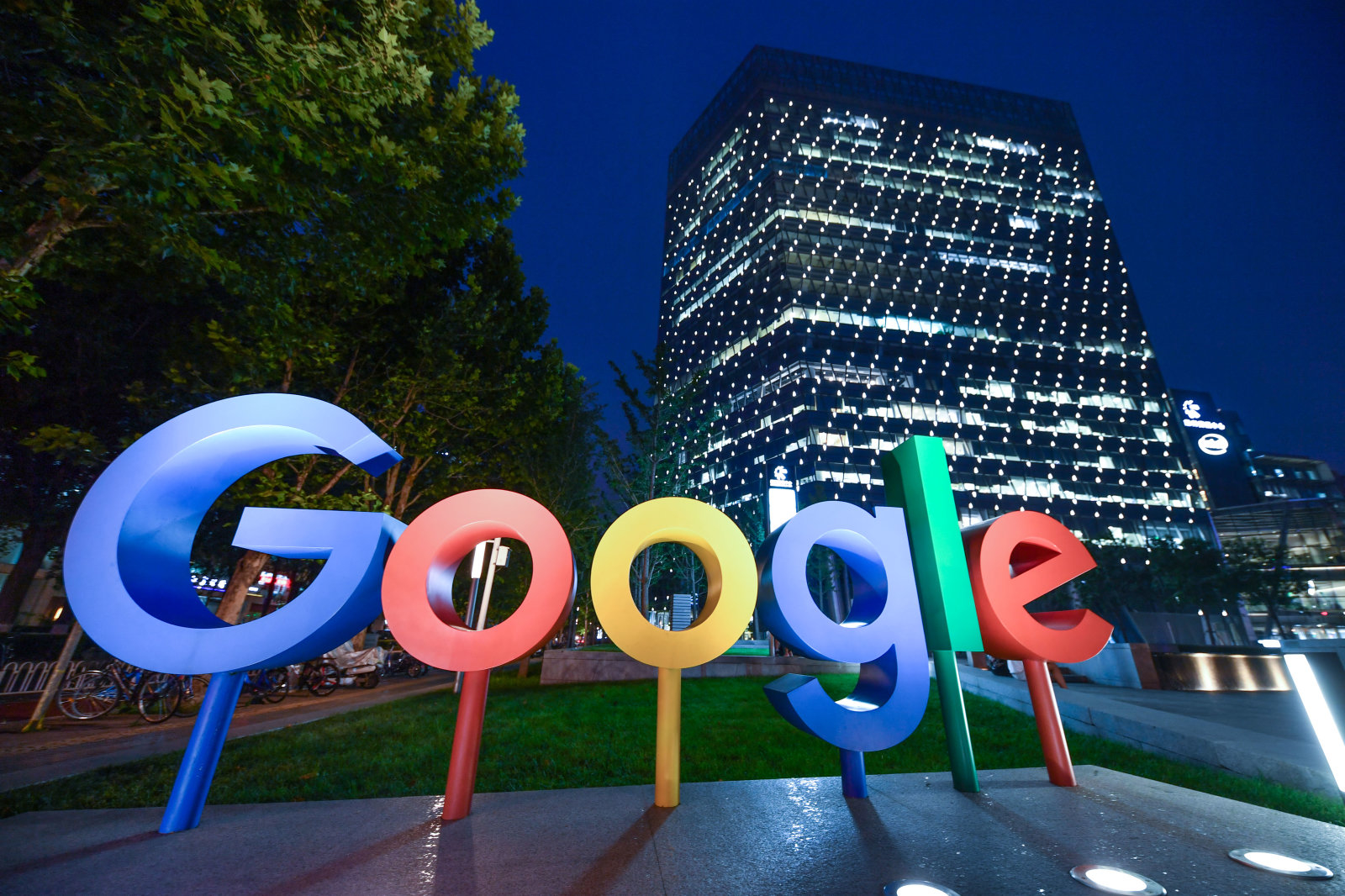 Google’s controversial plan to relaunch a censored search engine in China–one that complies with the country’s censorship regime by filtering banned search terms and results–is supported by what may have been years of prototyping and experimentation. According to documents seen by The Intercept, Google has reportedly been building a blacklist of websites by tracking censored search queries using a website called 265.com. Ryan Gallagher reports:

265.com provides news updates, links to information about financial markets, and advertisements for cheap flights and hotels. It also has a function that allows people to search for websites, images, videos, and other content. However, search queries entered on 265.com are redirected to Baidu, the most popular search engine in China and Google’s main competitor in the country.

It appears that Google has used 265.com as a de facto honeypot for market research, storing information about Chinese users’ searches before sending them along to Baidu. Google’s use of 265.com offers an insight into the mechanics behind its planned Chinese censored search platform, code-named Dragonfly, which the company has been preparing since spring 2017.

After gathering sample queries from 265.com, Google engineers used them to review lists of websites that people would see in response to their searches. The Dragonfly developers used a tool they called “BeaconTower” to check whether the websites were blocked by the Great Firewall. They compiled a list of thousands of websites that were banned, and then integrated this information into a censored version of Google’s search engine so that it would automatically manipulate Google results, purging links to websites prohibited in China from the first page shown to users.

According to documents and people familiar with the Dragonfly project, teams of Google programmers and engineers have already created a functioning version of the censored search engine. Google’s plan is for its China search platform to be made accessible through a custom Android app, different versions of which have been named “Maotai” and “Longfei,” as The Intercept first reported last week. [Source]

265.com is a Chinese web directory portal founded in 2003 by billionaire Cai Wensheng, a Chinese investor and entrepreneur known for creating the popular photo touch-up app Meitu. The website was  acquired by Google in 2008 and now operates as its subsidiary, hosted on Google servers. Viola Zhou at Inkstone takes a closer look at this Google offshoot:

265.com is one of the web portals popular in the pre-social media era, providing users with handy links to all kinds of travel, shopping and entertainment sites.

The site was founded in 2003 by Chinese tech entrepreneur Cai Wensheng. In a 2007 interview with Chinese magazine Contemporary Manager, Cai said the portal was targeted at older Chinese who just joined the internet, many of whom did not know how to type.

[…] Its design is the opposite of the minimalist style of Google’s main search engine. The homepage is densely filled with hundreds of links to popular websites in China, from social sites to state media to shopping platforms.

Most of the links appear to be up-to-date and working, with the exception of “Google” and “Gmail,” which take mainland Chinese users to an error page. [Source]

Google’s potential reentry into China has raised questions for its domestic rival Baidu, which has become the market leader in search since Google left the country nearly a decade ago. In a social media post, Baidu CEO Robin Li praised China’s burgeoning tech industry and warned that Baidu will “win once more” if Google does return. The following is a translation of Li’s message from Josh Horwitz at Quartz:

Today the People’s Daily on overseas social media said that it welcomes Google’s return, but it first must respect China’s laws. Friends have asked me what I think of this issue. I’d like to say, China’s tech companies nowadays have ample ability and confidence. Amid competition with international companies, both can reap the benefits of globalization. If Google decides to return to China, we have enough confidence to take them on once more, and win once more.

The Baidu of today is a world leader in artificial intelligence and has massive influence. Our global ecosystem of partners exceeds 300 companies. Google is also one of our partners in our international markets. Baidu is fully prepared for the industry’s next phase of artificial intelligence, and will push the boundaries of technology with the world and share the results of innovation.

As for the Chinese market—these few years, our industry environment and scale has endured earth-shattering changes. China’s tech companies have led the world in discovering new problems and servicing new demands. The world is now copying from China. Every company that hopes to enter the Chinese market now must consider and face this.

Over the past few years, Baidu has often been perceived as the beneficiary of Google’s exit from China. We can’t confirm something that never happened. In fact, Google preceded Baidu when it launched an independent search service in China in 2000. It ramped up these efforts in 2005. Baidu was a latecomer, but with technology and innovation it surpassed Google. By 2010, Google left China as its market share continued to decline. Baidu’s market share exceeded 70%. If Google wants to come back, we can take them on with all our might and win again. [Source]

Horwitz takes a further look at how Baidu won over the majority of Chinese internet users when Google was first in China, using a combination of strategies including investment in internet cafes and mp3 music.

Many of China’s successful early web companies reached consumers by inking deals with internet cafe operators. Paying a fee would ensure that a firm’s program appeared on a PC’s desktop, or as the homepage in the default browser. Baidu, keen to increase visibility, paid cafe chains to place its search engine prominently on machines.

Google did this as well, but not as aggressively. As Steven Levy writes in his book In the Plex, internet companies would often pay franchise operators to switch out a rival company’s software with their own. Google refused to engage in this practice and play dirty—which ceded an edge to Baidu on reaching China’s first-time internet users.

Internet cafes in China were places of entertainment, where one could also listen to music—and in the days before streaming media, that meant pirated mp3s.

For a time, Baidu was a rough analog to Napster in China. It offered easy access to unlicensed mp3 files, typically by linking out to third-party sites offering song downloads. Baidu’s 2005 IPO prospectus reveals that 20% of its traffic at the time came from mp3.baidu.com, its standalone search for music. […]

Google, wary of legal pushback (particularly as a foreign company in China), decided against linking out to unlicensed entertainment. In 2009, it announced an mp3 download service in partnership with Top100.cn, a Chinese company it invested in that offered properly licensed music. But by then, the search giant was not far from exiting China altogether. [Source]

With an entire generation of Chinese youths growing up without ever having heard of Facebook, Twitter, and other censored websites, Google’s decision to set up a new censored version of its search engine could have potentially far-reaching implications. From Mathew Ingram at Columbia Journalism Review:

For anyone interested in the open, uncensored web, Li’s portrayal of how the younger generation in China experience the internet is likely to be profoundly depressing. She mentions an 18-year-old named Wei Dilong, who lives in a city in southern China and likes basketball, hip-hop music, and Hollywood superhero movies. He has never heard of Google or Twitter, and has a hunch that Facebook might be a bit like Baidu, the Chinese search engine. Wen Shengjian, a 14-year-old, said he had heard of the platforms, but said a friend of his father’s told him they were blocked because some of their content wasn’t appropriate for the development of socialism with Chinese characteristics. “I don’t need them,” he told the Times.

As depressing at it might be to consider, it appears the Chinese government has achieved some or all of its original goal in blocking certain sites and services: In other words, it has managed to keep almost an entire generation away from content it disapproves of, and replaced Western apps and services with its own heavily censored versions, to the point where young Chinese men and women show little or no interest in—or even awareness of—the alternative. In a study earlier this year, Li cites, two economists found most college students were not interested in uncensored sites even when they were given free tools to access them.

This has become particularly relevant with the news that Google is reportedly trying to re-enter China after almost a decade of being blocked there, and in order to achieve that goal it is considering offering the Chinese government a search app and a news app that will both be heavily censored. One of the fears that some critics have of this move is that not only will Google be acceding to the demands of a repressive and totalitarian state, but its decision to cater to China’s demands could lead to requests from other repressive governments around the world for their own censored versions of the internet. [Source]