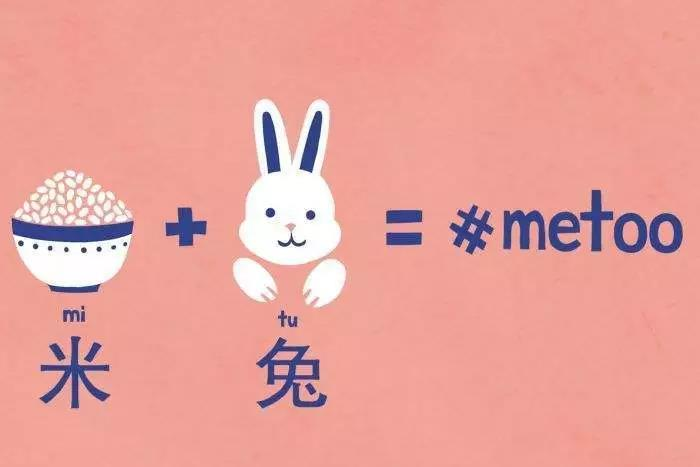 This article is translated by Emile Dirks from Chinese to English, and edited by Winnie Shen at Chinese Feminist Collective.

On July 26th, many people said with a sigh: #MeToo has finally arrived in China. Following days of agitation after the July 23rd revelation of sexual harassment allegations against noted public interest figure Lei Chuang, the exposure and discussion of sexual harassment was an explosive topic of conversation. Some called it an historic day for Chinese feminism. Many others, including myself, were incredibly excited. Naturally, others were more pessimistic and said that the #MeToo movement would soon come to an end.

Let the bullets fly, let them fly a little longer. In an increasingly stable society, it’s rare to feel shaken. Even though people often cynically remark that “the country is doomed,” prior to this they had never seen the rot in the system, so when it was exposed they were shocked. Exposing Lei Chuang is still only the first step. Many people are still biding their time and have not yet spoken out loud what they truly wish to say. In the long-term, sexual harassment is not a rotten sore that can simply be dug out and disposed of, but rather an internal disease spreading outwards from within. From diagnosis to treatment, this process is not something which can be completed overnight.

In fact, women have always been furious. But when they are isolated as a result of being hemmed in by the patriarchy, their anger is more often than not stored away and transformed into trauma. “I also became dulled to it,” wrote a woman who reported being sexually assaulted by China Central Television presenter Zhu Jun. Yet when one woman stands up, people take notice. And when those women stand up in turn, even more people will take notice. This is the women’s movement: a convergence of anger. This same woman described her own understanding as such: “Beginning last year, the women’s rights movement has been a spark, and while faint, it guides our way.”

It’s not that #MeToo “finally came to China” but rather that, beginning last year, #MeToo has appeared and re-appeared in China, each time reaching unprecedented heights of virality and exposing even more people to the movement. #MeToo has long been present in China and has consistently striven upwards. The following are three key incidents that have taken place since last year:

These three stories represent the spread of China’s anti-sexual harassment movement since last year. While Zhang Leilei’s campaign was unable to reach the broader public, more than a hundred people responded on social media to her call. These people were young feminists living in different cities [across China]. This proved that among young people with an understanding of feminism, the topic of sexual harassment has enormous latent potential. 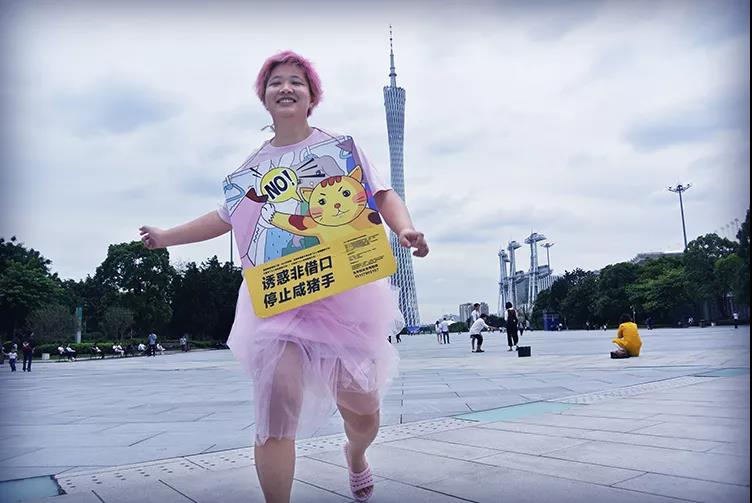 It was during the Tomb Sweeping Festival that the Gao Yan incident was made public. Following two days of social media censorship, the mass media began to report on the incident. Obstacles to reporting were overcome and it became the first incident of sexual harassment [in China] to ignite the fury of countless women and men. With Peking University’s responsibility regarding sexual harassment cases as a focal point [of discussion], and with the exposure of similar cases in other post-secondary schools, the spread of this message once again entered a period of speaking out and censorship. A game of chess was played between numerous people and an authority backed by advanced technology.

One example: on the night of April 6th, many students at Peking University followed along with the updates of fellow student [Deng Yuhao], who was asked to meet with school officials late at night [due to him demanding greater transparency in the university’s investigation of Gao Yan’s sexual assault and death]. A leaked photo from the event showed many students crowded in a room and using their phones [to follow along with updates posted on the school’s BBS board]. Their timely reporting of that night’s events spread to numerous online platforms. However, this type of game is fraught with anxiety and danger. After [another student] Yue Xin was threatened and placed under curfew for participating in activities [such as requesting information on how Gao Yan’s case was handled] and demanding the school take responsibility, Yue Xin released a long and moving essay. Publicly holding Peking University responsible for [Gao Yan’s assault and death], her essay spread to even more groups and encouraged a greater understanding of and support for reforms to systems of power as a means of combating sexual harassment.

After this event, there was a period of silence. The various WeChat groups created to focus on this specific issue began discussing other topics. From time to time people would ask if “there had been any recent developments.” They were hungry for them, hungry for new bursts of activity that would lead this topic to once again take center stage. But such a trigger remained elusive. From 2018 onward, the norm had become clear: only an individual case can motivate a surge in public interest. Furthermore, what was needed was a non-anonymous, clear and serious case of sexual harassment.

A period of low public interest is hard to avoid. Using the WeChat Index program, I searched for the frequency of the use of the keyword “sexual harassment.” From January to April [of this year], the fluctuation of the graph’s curve suggested a certain stubbornness. Every undulation brought with it a new peak; every dip, a moment to recover.

“Recently became inspired,” wrote one female student revealing [online] her sexual assault at the hands of Yuan Tianpeng, the “procedural expert.” Although Yuan is no longer [professionally] active, the public sphere was alarmed. Yes, while the work of advocating for post-secondary anti-sexual harassment mechanisms had reached an impasse, the #MeToo movement found a new breakthrough point. On July 23rd, the Lei Chuang incident disturbed countless people in this field. This public interest expert – an ambitious youth who had been active for many years and who created countless source materials for the media – shockingly had this other side. But at that time it was inappropriate for Deng Fei [a campaigner for rural children] and people like him to become involved in this matter. Offering his fraternal loyalty to Lei Chuang and attempting to rescue him from the situation only resulted in negative publicity. When Lei Chuang appeared in the headlines, so too did Deng Fei’s apology. In the public sphere, a field not truly united as a community, the patriarchy finally began to self-destruct. 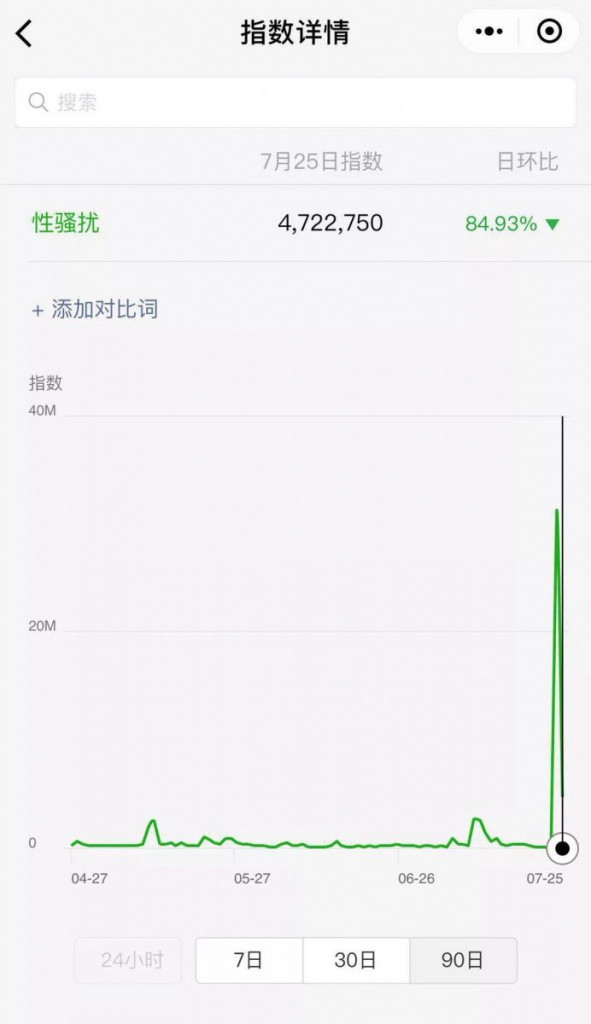 Through the indictment of Lei Chuang, people have felt the physical and mental pain that sexual harassment causes women, with news concerning Lei Chuang supposedly even leading people to throw up. Their pain is as routine as it is horrifying. Our social values may already be severely polluted, but our inner conscience is still strong and, like oil in the depths of the earth, it only needs to be precisely struck for it to burst forth. Many were moved both by the torture this female student suffered and by her bravery. Among those onlookers touched and inspired in these two days was the person involved in the Zhang Wen incident. Two months after her rape, she finally decided to speak out. Furthermore, she was clear that her words were directed not only at Zhang Wen, but were also intended to prevent him and others from harming even more women.

Censorship came quickly, and as usual, more quickly than anticipated. In order to allow for the “record” of [CCTV presenter] Zhu Jun’s deed to linger a little longer, netizens began to fight. Numerous accounts joined together to share relevant posts. Though the mass media seized the chance to report on [the allegations of sexual harassment made against Zhu Jun], the size and length of the window of opportunity for spreading this news was not predetermined; rather, it was dependent on the struggle. Every individual act against censorship is meaningful. This is an unprecedented dark age when we are faced with the hopelessness of advanced technology being used against the people. But in another respect, this is a time when people, one-by-one, prove that the individual can be empowered, that resistance has power, that society will not die but rather can be reborn at any moment. As for when this rebirth will occur? In the accidental lies the inevitable. This is the main point of this essay:

People must recognize how important feminism is to this country: its deeply maintained sense of justice, the power of its conscience, its appeal to the spirit and its immense strength. What I am describing is a feminism which is a philosophy of struggle with an ethics of resistance that must be adhered to in dark times. After the dissolution of once active mainstream dissident forces, feminism remains on the front lines, more widely mobilized than ever. This is not because it has a unified strategy, but because it joins together the experiences of millions of women who before were unable to speak out and turns their anger into obligatory action. It cannot be suppressed because it does not belong to a minority; on the other hand, it cannot be absorbed into existing systems, for every concession that the patriarchy grants to feminism brings it one step closer to a crisis. The anti-sexual harassment movement we are now witnessing should once again strengthen people’s respect for feminism.