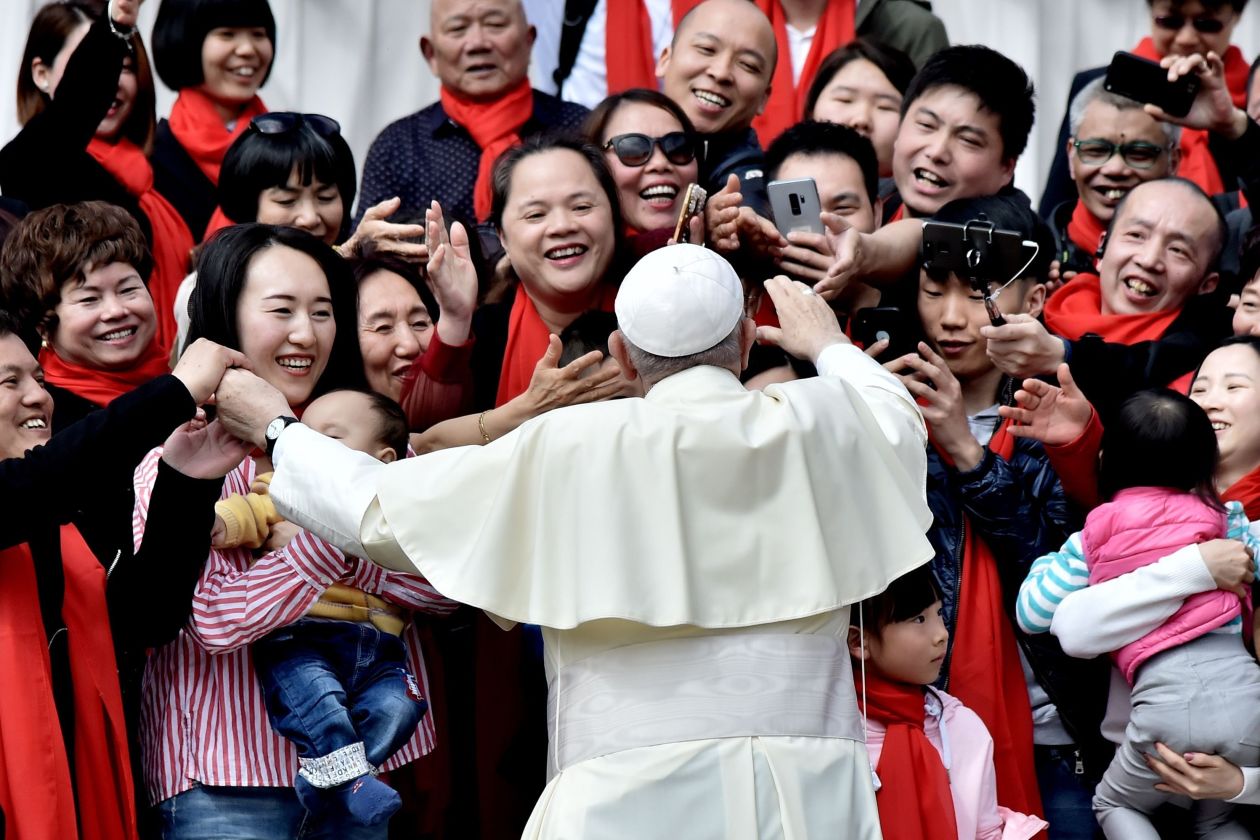 The Chinese government has intensified its crackdown on religion as President Xi Jinping seeks to instil party loyalty above all else. The forced closure of Beijing’s Zion church earlier this month represents a heightened assault on independent “house” churches and a further escalation of repression that was previously seen in mass church demolitions, cross removals, and the detention of Christian activists. Online Bible sales are now prohibited after new regulations closed loopholes allowing online retailers to carry the scriptures. These moves coincide with government efforts to “Sinicize” religion and further limit the religious freedom of China’s ethnic minorities. As many as one million Muslim Uyghurs are currently held in mass detention centres and re-education camps in Xinjiang where they are forced to renounce their religious identity and undergo mandatory political indoctrination.

The Washington Post’s Anna Fifield looks at the motive behind Xi’s crackdown on religion:

Xi appears to be waging a campaign against religion because he was concerned about ideological rivalry, said Karrie Koesel, a University of Notre Dame expert on religion in China.

The Communist Party is outnumbered 4 to 1 by followers of various religions. There are about 90 million members of the Chinese Communist Party, but 70 million Christians alone, according to the Pew Research Center.

Christians make up about 5 percent of the population and Muslims less than 2 percent, while about 18 percent identify as Buddhist, according to Pew.

“Some of these groups are growing very quickly, and that makes the government very nervous,” Koesel said. “It’s not because they’re challenging the state, but the state sees religion as an existential threat. That’s why they’re increasing political education.”

The Chinese government has denied embarking on any crackdown against religion. The foreign ministry has repeatedly said that the government wants to ensure “the harmonious coexistence” of different ethnic groups and religions in China. [Source]

New guidelines have been drafted to regulate the “chaotic” promotion of religion online. Religious content sent through messaging apps and other online channels are expected to be affected. David Stanway at Reuters reports:

All organizations engaged in the dissemination of religious information online will be obliged to apply for licenses from provincial religious affairs departments, the paper said, citing a policy document issued on Monday.

While the license will enable them to “preach and offer religious training”, they will not be allowed to live-stream or broadcast religious activities. The dissemination of religious information anywhere other than their own internet platforms is also forbidden.

Meanwhile, China and the Vatican are set to sign a landmark deal at the end of this month that would end a prolonged stalemate on the contentious issue of the appointment of bishops in the country. The proposed agreement would involve official Chinese acknowledgment of the pope as head of the Catholic Church in China in turn for Vatican recognition of seven formerly excommunicated Chinese bishops, who were appointed by the Chinese government without Vatican approval. The pending agreement has sparked criticism as Hong Kong’s former archbishop urged against the deal. This latest round of Sino-Vatican negotiations bears out speculations made earlier this year when Vatican sources expressed optimism over a likely deal with Beijing that would allow the Chinese government to have greater say in clerical appointments. It came after the Vatican agreed at the end of January to replace two of its bishops by those approved by the Chinese Communist Party.  From Francis X. Rocca and Eva Dou at The Wall Street Journal:

At the last meeting of the negotiating teams, in Rome in June, the Vatican assured the Chinese representatives that Pope Francis would sign the necessary document to lift the excommunications of the seven government-appointed bishops and recognize them as the bishops of their dioceses about a week before the deal is signed, said one of the people familiar with the matter.

That recognition would require two bishops who have shunned government control, in the dioceses of Shantou and Mindong, to step aside in favor of government-appointed bishops. They would be the first so-called underground bishops to be asked to do so by the Vatican.

[…] Also as part of the deal, the government is expected to recognize the “underground” bishop of Qiqihar, near the Russian border, one of the people said. Qiqihar Bishop Wei Jingyi couldn’t be reached for comment Friday.

The agreement is explicitly provisional, meaning that it allows for the possibility of revisions after one or two years if either party sees the need. Both parties have agreed that the text of the agreement won’t be published even after it is signed, one of the people said.

Critics of the prospective deal have cast it as a capitulation by the Vatican. [Source]

Warming relations between China and the Vatican have raised concern for the Taiwanese government, who fear the potential risks that the imminent deal poses to Taiwan-Vatican relations as Beijing seeks to isolate Taiwan diplomatically. From the AFP:

Taiwan’s foreign ministry spokesman Andrew Lee said the government would “not take lightly” any agreement between the two sides.

But asked whether the Vatican had given Taiwan any assurances that it would not sever official ties, Lee said he believed the deal would not touch on diplomatic recognition.

“I think the religious affairs agreement concerns issues of religious cooperation and exchanges, and will not involve issues of diplomatic ties,” he said at a briefing.

“We hope our ties with the Vatican will last a very long time even if the agreement were signed,” he added. [Source]