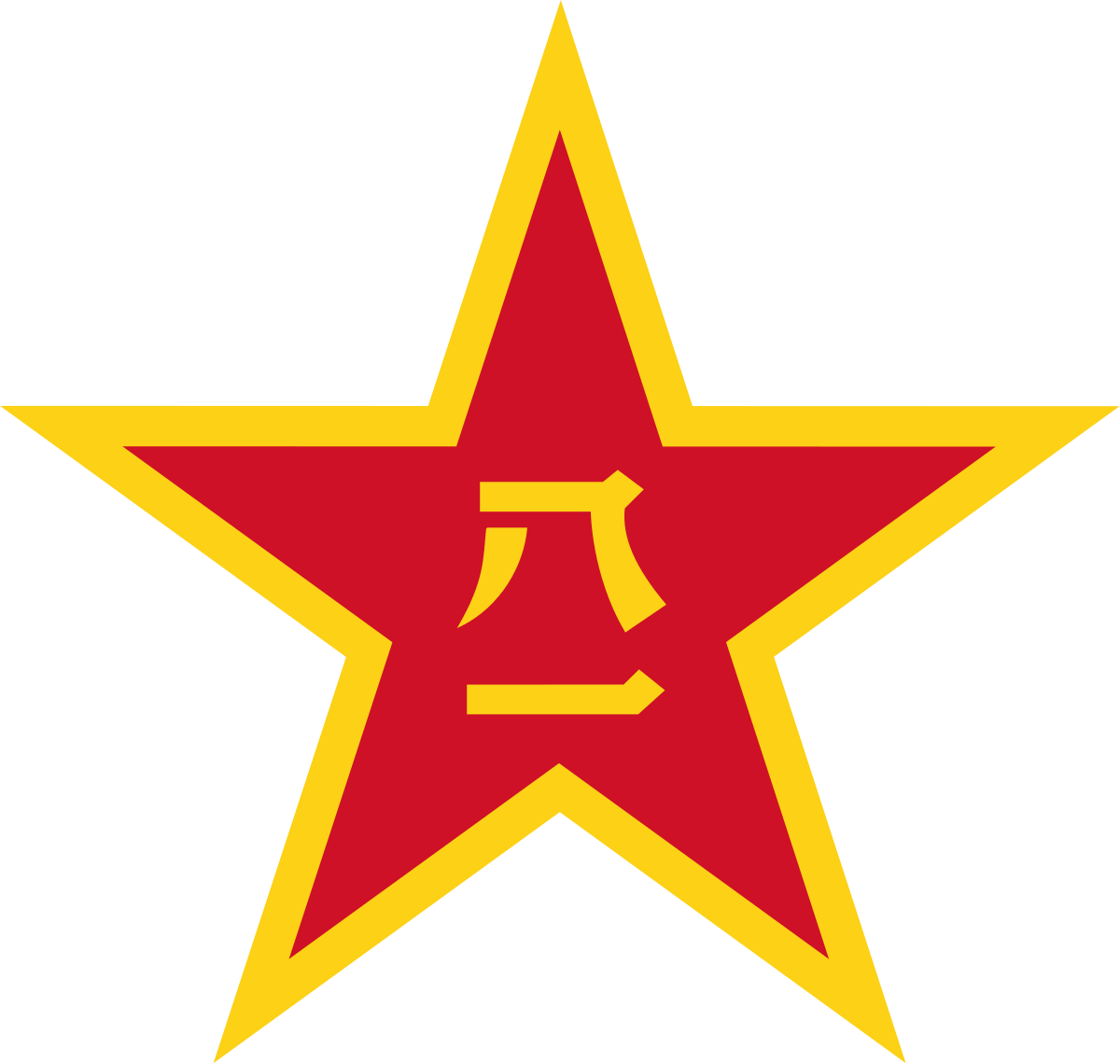 As the U.S. and China vie for technological superiority in fields like quantum physics, autonomous vehicles, cryptography, and signal processing, a recent report by the Australian Strategic Policy Institute’s International Cyber Policy Centre broadens this debate by looking into the People’s Liberation Army (PLA)’s expanding yet at times obfuscated research ties with universities around the globe. The PLA has sponsored 2,500 students over the last decade to go abroad, while the number of peer-reviewed papers written in collaboration with PLA scientists rose to 734 in 2017. CDT has curated a digest of core issues put forth by report author Alex Joske:

The PLA encourages scientists to work on areas of interest to the military while they’re overseas. For example, a 2016 article by NUDT specialists in graduate student education recommends that, in choosing where to study overseas, students’ first priority should be the relevance of the research direction of an overseas institution to their work in China, as they ‘must comprehensively consider the continuity of their research work when in China with that when they are studying overseas’. When students are overseas, the report adds, they should ‘fully take advantage of the cutting-edge research conditions and environment abroad’ and ‘map out the arrangements of their overseas research and their plans for research after returning to China’. This alignment of domestic and overseas work indicates that the cases of PLA scientists gaining skills while in Australia that they then use for military projects aren’t outliers; they’re representative examples.

[…] Military scientists abroad who regularly communicate with superiors in China, receive visits by superiors while overseas and return home in the middle of their time abroad for ‘remedial education’, as described in the examples outlined above, offer safe and convenient channels for Chinese intelligence agencies to access sensitive information from overseas.

Above all, the report emphasizes the need to address this issue, as leaving it unaddressed risks “tarring all research ties with China with the same brush.” The report ends with a list of recommendations for governments, such as deepening discussions within government on PLA cooperation, and improving the scrutiny of visa applications by foreign military personnel by creating a database of military-affiliated research institutions and civilian universities heavily engaged in military research. For more, see the full ASPI report.

Interviews conducted by the Wall Street Journal reveal that Chinese scientists did not necessarily reveal their ties with the PLA, which allowed them to work quasi-incognito with professors who went on to become department chairs. Kate O’Keeffe and Melissa Korn look at the profiles of academics sent abroad, and reveal a pattern of American universities entrusting the State Department to undertake most of the vetting work:

The report raises questions about how well governments and universities have considered exchanges with academics from the Chinese military. Standard military exchanges between nations frequently involve sending officers to visit each other’s institutions to improve relationships and communication. But the report notes scientists sent abroad by the PLA often have “minimal or no interaction” with military personnel in their host countries.

Typically, these PLA scientists are civilian Communist Party members with sound “political credentials,” who go through intensive training before leaving, the report says. It quotes the PLA Daily, a military publication, warning that if students sent overseas “develop issues with their politics and ideology, the consequences would be inconceivable.”

A spokesman for Carnegie Mellon said the university wasn’t aware of Dr. Qu’s alleged affiliation with the Chinese military. He said the school does background checks and entrusts vetting to the U.S. government, which issued her a visa. He added that Dr. Qu worked on “openly publishable, fundamental research.”

[…] A spokeswoman for the university said Texas State had been unaware of the connection. She said the university has a robust vetting process but that ultimately it is up to U.S. officials whether to issue a visa. [Source]

At CNN, Ben Westcott details responses to the report from Australian universities defending their vetting processes and from U.S. officials:

Universities Australia hit back strongly at suggestions that there were inadequate protections around collaborations between Australian researchers and foreign military scientists.

“Australian universities carefully assess applications from students from all countries and liaise with defense and security agencies as needed,” the organization told CNN in a statement.

“Australian universities help to advance Australia’s national interests through their research and education ties with students and researchers all around the world. All visa decisions are made by the Australian government.”

[…] The report was released just one day after Christopher Ashley Ford, assistant secretary at the US Bureau of International Security and Nonproliferation, said cracking down on the transfer of technology to China was a priority for the US.

“We do need to understand China’s technology strategy, and its military and potential strategic implications,” he said.

“If we … continue engagement with the Chinese military-technological complex in its state of ‘fusion’ with China’s civilian sector, this must be done only with due care.”

Chinese Vice Premier Han Zheng said in a public speech on Monday there needed to be closer military-civilian integration in China, according to state media Xinhua. [Source]

Additionally, in Canada, which Joske lists as the third largest destination for PLA scholars, The Globe and Mail has discovered that at least nine Canadian institutions have conducted research in partnership with Chinese military scholars.

Amid the ratcheting up of technological competition and a chilling in bilateral ties, Vice President Mike Pence delivered a sharp-tongued speech detailing a laundry list of accusations against China. At the same time, a months-long internal debate within the Trump administration culminated in the shelving of a proposal to impose a blanket ban on all Chinese student visas. Additionally, the Foreign Investment Risk Review Act of 2018 (FIRRMA) was signed into law in August. It now grants the Committee on Foreign Investment in the United States (CFIUS), the U.S.’ foreign investments review body, greater powers to scrutinize and potentially limit Chinese inbound investment in critical technologies and critical infrastructure, especially for sectors that fall under the purview of the Chinese government’s now officially downplayed Made in China 2025 program.

The worry that China is preparing to eat America’s lunch is the subtext for nearly all policy discussions on next-generation tech like quantum computing that can break encryption, artificial intelligence that can spy on or supplant humans, and superfast wireless networks that can power an advanced digital economy. And it’s causing rattled U.S. policymakers to flirt with some of the same top-down, regimented strategies that Beijing is pursuing.

Last month, the House passed a bipartisan bill establishing a 10-year plan to advance the nascent field of quantum computing, seeking to keep pace with China. Earlier this year, an official on the White House National Security Council floated a plan to nationalize the country’s still-emerging 5G network, in a China-style, government-led approach.

[…] President Donald Trump has fueled the trend by putting technology at the center of his escalating trade war with China. Trump talks about the need to protect the U.S. tech industry’s intellectual property, which he calls the “crown jewels for this country,” citing that as one of his motivations for imposing tariffs on some $250 billion worth of Chinese products.

[…] At the heart of the worry is Beijing’s “Made in China 2025” plan, launched three years ago, which put the country on a path to upgrade its massive manufacturing base to dominate “new generation technologies.” The goal is to turn China into a self-sufficient center of tech power that has little need to give foreign firms access to its supply chain infrastructure or its consumer market of 1.4 billion people.

[…] Another major concern is artificial intelligence, a field in which China has said it wants to become a global leader by 2030. American policymakers are concerned that Beijing could use AI-powered facial recognition for domestic surveillance tools that could be exported to other authoritarian regimes — or build autonomous drones capable of carrying out targeted killings. [Source]

However, some observers are arguing that zero-sum competition is not the way forward. In an op-ed for Wired, Nicholas Thompson, Wired’s editor-in-chief, and Eurasia Group president Ian Bremmer pose a scenario where cooperation has become untenable. Lorand Laskai at the Council on Foreign Relations and Samm Sacks at the Center for Strategic and International Studies argue in Foreign Affairs that the Trump Administration’s use of blunt tools to counter China’s growing technological prowess could seal off vital avenues of cooperation between the two countries’ research and corporate spheres, and provide more tenable solutions:

Even in the many areas where U.S. companies continue to lead, they still rely on China. That’s because innovation among the top American companies is fueled by access to the Chinese market. To handle that market’s vast size, firms have to develop and apply new approaches, which can in turn be applied to other markets. The world’s leading semiconductor manufacturers, including Qualcomm, Broadcom, and Intel, make substantial profits in China. They then plow a major portion of those profits back into R & D in order to stay competitive. Limiting the ability of these companies to sell to China also damages their ability to innovate.

[…] When it comes to vetting Chinese investors and research partners, U.S. policymakers will have to accurately spot the characteristics that suggest a Chinese institution is beholden to the Chinese Communist Party. That means looking below the surface. As Matt Sheehan, a fellow at the Paulson Institute’s think tank, writes, honorific titles granted by government entities are a “dime a dozen” in China. In order to survive, companies must go through many bureaucratic procedures, such as setting up a CCP office, attending CCP meetings, and joining government associations. But doing those things does not necessarily mean that they are carrying out military R & D or acting at the behest of the Politburo.

U.S. policymakers should focus instead on who owns a company’s stock, how the company is governed, and whether it has sizable contracts with the Chinese military or defense industry. Companies that count state-owned enterprises or state-backed venture capital funds among their key investors should set off alarm bells. Similarly, companies with executives close to the state, through either prior employers or personal connections, warrant further scrutiny. [Source]