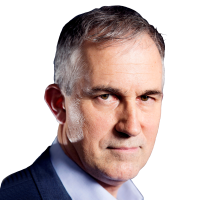 The FCC [Foreign Correspondents’ Club] said it was “deeply concerned” about the “extraordinary” decision to deny Mr Mallet a visa.

“Hong Kong rightly prides itself on its reputation as a place where the rule of law applies and where freedom of speech is protected by law,” it said. “In the absence of any reasonable explanation, the FCC calls on the Hong Kong authorities to rescind their decision.”

[…] Patrick Poon, a Hong Kong-based researcher at Amnesty International, the human rights campaign group, said he believed this was the first time a foreign correspondent has had their visa denied in recent years in Hong Kong and that the impact would be “chilling”.

“If he can be denied a visa only because he chaired an event, we need to ask what’s happened to freedom of expression in Hong Kong,” said Mr Poon. “We see similar practices by the Chinese foreign ministry in Beijing, and it’s very worrying.”

Chris Yeung, chairman of the Hong Kong Journalists Association, said he believed such a visa denial was “unprecedented” and would add to the “psychological pressure” on local journalists, as well as foreign correspondents. [Source]

The FCC Hong Kong chapter’s statement can be read here. The FCC sister chapter in Beijing has released its own response:

Statement from Foreign Correspondents’ Club of China (the mainland one that has to deal with these things normally while Hong Kong sister club has enjoyed its own clubhouse and freedom of speech until possibly now). pic.twitter.com/Hrgso3fb1c

Although no reason was given for denying his visa renewal, in August, Mallet—then acting president of the FCC—hosted an event with Andy Chan, the leader of the pro-independence Hong Kong National Party (HKNP). It drew fierce criticism and calls for cancellation from both Hong Kong and Beijing officials. As Asia Times reports today, Mallet had subsequently defended the FCC’s choice as allowing “people from all walks of life and across the political spectrum to express their views.” Ultimately, the HKNP was banned, with any future associates of the group facing potential fines and even jail terms of two to three years.

In light of Mallet’s visa cancellation, South China Morning Post has detailed reactions across the political spectrum from Andy Chan and other local politicians:

“It has dealt a severe blow to the city’s press freedom, and will greatly affect Hong Kong’s image,” [Chan] said. “It is really a big deal. How could the government refuse to renew the visa of a journalist without even offering any reason?”

[…] Basic Law Committee member Priscilla Leung Mei-fun said the FCC had “breached the bottom line” of the “one country, two systems” principle – under which the city is ruled by Beijing, but promised a high degree of autonomy – by hosting Chan.

“I think this incident has given a clear message to the Hong Kong public that the zero tolerance for pro-independence talk has been escalated to a state level,” she said, adding that Beijing would not let anyone into the city who provided a venue for separatist advocacy.

Democratic Party legislator James To Kun-sun condemned the government’s move, which he interpreted as payback for Chan’s FCC talk.

“I suspect it is a retaliation measure, and the government is sending a very wrong message to the international community, that Hong Kong is just another city in China,” To said. [Source]

“This is unprecedented,” said Maya Wang, a senior China researcher for Human Rights Watch. “We expect foreign journalists to have this kind of visa rejection happen in China, but it has never happened in Hong Kong because Hong Kong has a tradition until recent years of respect for free speech.”

Jason Y. Ng, the president of PEN Hong Kong, a literature and free speech organization, said in a statement that the move would have “an immediate chilling effect on freedom of expression in the city.”

“As Beijing constantly moves the redlines on what topics are ‘sensitive’ and out of bounds, the pressure for institutions and individuals to engage in self-censorship increases significantly,” Mr. Ng said. [Source]

Hong Kong has traditionally been an environment with more a more liberal environment in terms of press freedom. According to the World Press Freedom Index published by Reporters Without Borders (RSF), out of 180 countries and regions surveyed, Hong Kong ranked at 70, while China came in at 176.

Contributing to Beijing’s dismal ranking is its long history of expelling foreign journalists, most recently with BuzzFeed News’ Megha Rajagopalan, who had reported extensively on Xinjiang. In 2015, Beijing expelled French journalist Ursula Gauthier, who had also reported on China’s mistreatment of Uyghurs. In 2012, Al Jazeera English correspondent Melissa Chan had her press credentials revoked, the first such punishment Beijing had delivered since the end of the 1990s. Among other issues, journalists have faced restrictions on access to western regions in Xinjiang and Tibet. In an interview this week, Chinese ambassador to the U.S. Cui Tiankai suggested that the latter was because of high altitude and environmental concerns, rather than political sensitivity.

Both Chan and Gauthier have since responded to the news:

I say this as a reporter who was kicked out of China. Getting kicked out of Hong Kong is a much bigger deal. We expect Beijing to attack the media. The world was promised a different system, one with rule of law, for Hong Kong. https://t.co/C2tjuI3oaj

“This is a very alarming first. The Financial Times’ correspondent expelled from Hong Kong for organizing a debate with a pro-independence activist. China extends its censorship to Hong Kong.”

The extension of such actions to Hong Kong raises pointed concerns that Beijing is increasingly encroaching upon Hong Kong’s freedoms. Gerry Shih at the Washington Post details why Hong Kong has been a thorny issue for Beijing, and how Hong Kongers have resisted in past years:

Beijing views Hong Kong independence as a particularly sensitive issue, and leaders including President Xi Jinping have publicly vowed to snuff out any separatist activity. Hong Kong officials allied with the central government have also warned that advocating independence would fall beyond the scope of free speech liberties.

Friction between the government and campaigners like Chan have only intensified in recent years and, in many cases, emboldened a generation of young activists who are running for office.

Economic frustrations and perceptions that Beijing has reneged on its promises of noninterference and hampered the city’s free elections have fueled discontent among some Hong Kong youth, seen most vividly in 2014 when huge pro-democracy protests seized the financial hub’s boulevards.

Protesters also took to the streets in 2016 following the disappearance of several booksellers who sold gossipy volumes about Chinese Communist Party leaders. The Hong Kong publishing industry that pumped out paperbacks about Chinese politics saw its output and sales plummet after the disappearances, which were widely seen as the work of Chinese security agencies. [Source]

Read more about Hong Kong localists and foreign correspondents‘ experiences and views on China, via CDT.