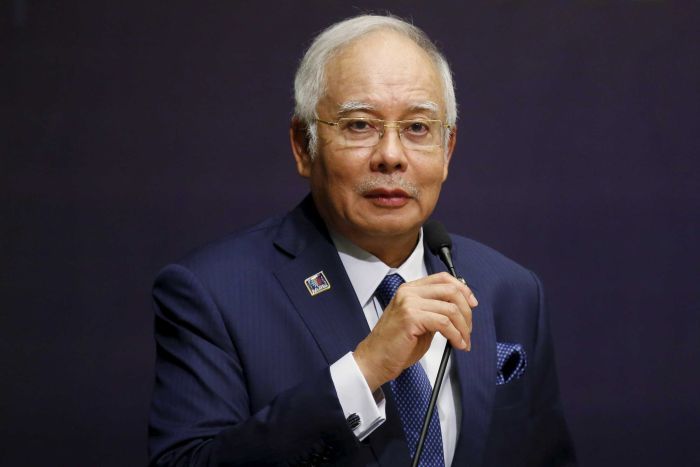 The Wall Street Journal has discovered that in 2016, China offered Malaysia bailouts and surveillance of Hong Kong journalists to alleviate the ongoing scandal surrounding its 1 Malaysia Development Berhad (1MDB) fund. The fund was created in 2009 by then-Prime Minister Najib Razak, involved an alleged $4.5 billion of misappropriated funds flowing across multiple countries, and prompted probes in at least 10 countries. Through reviewing meeting minutes and interviews, Tom Wright and Bradley Hope report on how Beijing’s assistance was contingent upon advancing its Belt and Road Initiative:

Chinese officials told visiting Malaysians that China would use its influence to try to get the U.S. and other countries to drop their probes of allegations that allies of then-Prime Minister Najib Razak and others plundered the fund known as 1MDB, the minutes show.

[…] In return, Malaysia offered lucrative stakes in railway and pipeline projects for China’s One Belt, One Road program of building infrastructure abroad. Within months, Mr. Najib—who has denied any wrongdoing in the 1MDB matter—signed $34 billion of rail, pipeline and other deals with Chinese state companies, to be funded by Chinese banks and built by Chinese workers.

[…] Minutes of the Chinese-Malaysian meetings say that although the projects’ purposes were “political in nature”—to shore up Mr. Najib’s government, settle the 1MDB debts and deepen Chinese influence in Malaysia—it was imperative the public see them as market-driven.

[…] Documents reviewed by the Journal show Malaysian officials suggested that some of the infrastructure projects be financed at above-market values, generating excess cash for other needs. Investigators from the current Malaysian government, which replaced Mr. Najib’s last year, believe some of the money helped Mr. Najib finance his political activities and cover maturing debts of 1MDB, a fund he set up in 2009 to finance local development.

[…] Current Malaysian Prime Minister Mahathir Mohamad, who ousted Mr. Najib in an election last May, put the Chinese projects on hold. Malaysia has since charged Mr. Najib with crimes that include money laundering and breach of trust. He has denied them, is free on bail and faces trial this year. [Source]

For more on how $1 billion ended up in Mr. Najib’s bank accounts from 1MDB, read an earlier Wall Street Journal investigation from 2016.

Beijing has since denied the Journal’s investigation. Reuters reports:

In a statement in response to the Journal report, the Chinese embassy in Kuala Lumpur said China never attached political conditions to its cooperation with other countries. “China has all along adhered to the principle of non-interference in the internal affairs of any other country. We do not accept any groundless accusations made against China,” the embassy said.

[…] Mahathir’s finance minister Lim Guan Eng said the government would study the allegations made in the Journal report. “I have to refer back to any details explicitly said. If it was said in black and white, then it is something we will pursue,” Lim was quoted as saying in Malaysian media.

[…] In a statement issued on his Facebook page late on Tuesday, Najib said China had never offered to bail out 1MDB and he defended the cost of infrastructure projects awarded to China.

Since coming to power in May, Mahathir’s government has accused the Najib administration of inflating the cost of Chinese deals. The new administration has paused more than $20bn worth of projects awarded to Chinese firms, pending review. [Source]

On his Facebook page today, Najib said Beijing neither offered to bail out the state investment firm, nor to bug the Hong Kong residences of WSJ journalists reporting on the scandal.

“As reported by the WSJ and as publicly known, this too has never happened.

“Malaysia had continued its efforts and promised to sign a settlement agreement with the Abu Dhabi government-owned International Petroleum Investment Corporation (IPIC) to ensure that all money supposed missing from 1MDB is returned by Dec 31, 2020,” he said in his point-by-point rebuttal of the report.

[…] Najib also denied that the gas pipeline projects and the ECRL and TSGP projects were overpriced.

[…] He reiterated that Pakatan Harapan’s claim that the project is only worth RM30 billion is baseless, because it was based on a 2009 study that proposed a 545km route, compared to the 620km route that was later used. [Source]

These new allegations have cast further doubt on Beijing’s highly touted Belt and Road Initiative, which has raised international concerns about its geopolitical ambitions and debt traps, prompting several proposed alternatives and the ousting of China-friendly leaders across Asia. A survey of more than 1,000 experts, analysts and business leaders in Southeast Asia, carried out by the Asean Studies Centre at ISEAS-Yusof Ishak Institute in Singapore, found that at least seven out of ten respondents believed their countries “should be cautious in negotiating belt and road projects, to avoid getting into unsustainable financial debts with China.” In an op-ed for Bloomberg, David Fickling argues that the Belt and Road’s geopolitical ambitions are not so much an issue as the disorganized and uneconomic methods of policy-making under Xi Jinping:

Here’s a better argument for what Belt and Road is really about. Despite Xi’s close association with it, the initiative isn’t ultimately a connected master plan for Chinese global ascendancy. Instead, it’s better looked at as a somewhat chaotic branding and franchising exercise, a way for the country’s numerous provincial officials and state-owned companies to slap a presidential seal of approval on whatever project they’re seeking to pursue.

“Far from strictly following Beijing’s grand designs, much of the Belt and Road Initiative’s activity to date looks more scattered and opportunistic,” Jonathan Hillman, a senior fellow at the Center for Strategic & International Studies, wrote in an analysis last year.

[…] Sometimes, as with the projects supported by the Asian Infrastructure Investment Bank, the Belt and Road brand is going to be stuck on worthwhile but generally small-scale investments in boring things like electricity grids, gas storage and flood management. At other times, it will be used to burnish splashy but ill-conceived developments that may never get built, such as a proposed high-speed rail link between Dhaka and Chittagong, in Bangladesh.

The prestige of Belt and Road may even end up being used to sell projects that are not just illogical but corrupt. If you think the massive web of private contracts, public funds and gatekeeping officials that support major infrastructure projects in emerging countries don’t offer ample opportunities for graft, I have a bridge to sell you. [Source]

The main points in Fickling’s article echo those made in a similar Bloomberg op-ed by Yuen Yuen Ang in September.

“It is totally normal for the mainland authorities … to monitor journalists, to obstruct their work, and to hide [things] from them,” [University of Hong Kong’s Bruce] Lui said. “If this report is accurate, it would be entirely in keeping with [those methods].”

[…] “The central government does have the ability to act in this way in Hong Kong, but under Hong Kong’s system, it has no right to go looking for journalists’ details, whether or not it’s to advance their diplomatic interests,” [Democratic Party lawmaker James] To said.

“This is a crime under laws governing the use of communications,” he said.

[…] A U.S. State Department policy report on Hong Kong said last May that the ruling Chinese Communist Party says one thing and does another when it comes to Hong Kong, often acting in ways that are inconsistent with the city’s promised freedom to govern its own affairs.

Repeated comments from Chinese officials asserting the supremacy of the Chinese constitution last year served to “dilute” the concept of a “high degree of autonomy” enshrined in the 1984 Sino-British handover treaty and the city’s mini-constitution, the Basic Law, the report said. [Source]

For an in-depth look at the numbers and prominent players in the 1MDB scandal, read Quartz’s latest coverage. Read also about alleged efforts by those involved in the 1MDB scandal—including American rapper Pras Michel—to help the Chinese government extradite Guo Wengui, from Mother Jones magazine.