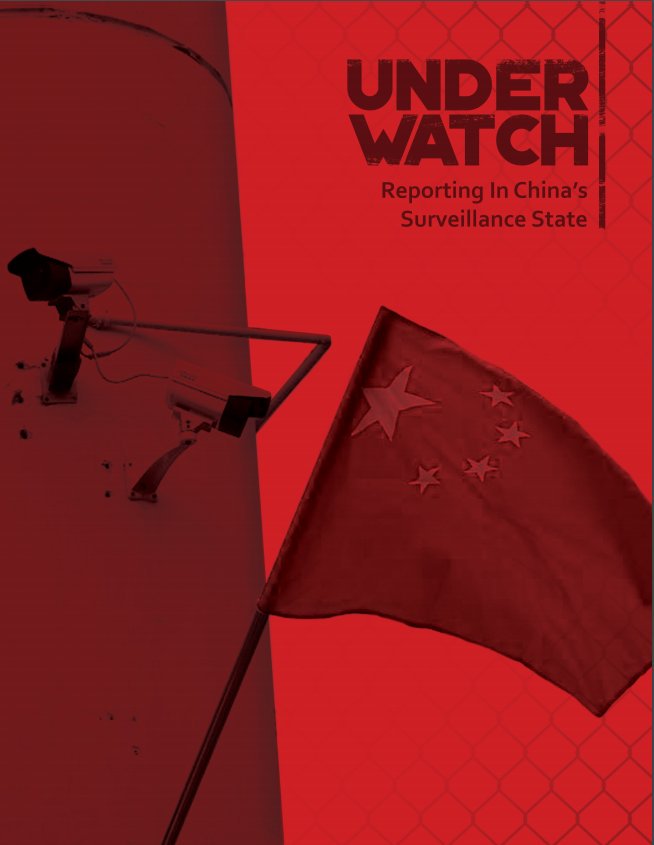 Liu Feiyue, founder of online rights monitor msguancha.com, has been sentenced to five years in prison and asset seizure for inciting subversion, AFP reports. Liu, who was detained in November 2016 and tried last August, is one of several citizen journalists to have been prosecuted in recent years.

Liu Feiyue created and ran the Civil Rights and Livelihood Watch website, which covers a range of rights issues including protests, police abuses and government corruption – sensitive topics that are scrubbed from most Chinese media sites.

[…] According to Liu’s family members, one of whom was allowed to attend the hearing, the activist shouted at the end of his hearing: “This is political persecution!” He was then dragged out of the court room.

“We think the verdict is unfair. It’s political persecution. He is charged of inciting subversion of state power, but he is not. He just helps petitioners,” said Ding Qihua, Liu’s mother.

Liu’s website published information on human rights abuses, specifically the abuse of activists in psychiatric facilities where authorities often send dissidents, as well as the cases of workers, farmers, teachers, and residents evicted from their homes. [Source]

​Read more on "being mentally illed," or weaponized psychiatric detention, via CDT.

Rights groups have been quick to condemn the sentencing. Human Rights Watch challenged the very basis of the case against Liu, noted several issues with the way it had been pursued, and highlighted the related prosecutions of Lu Yuyu, Zhen Jianghua, and Huang Qi, who stood trial last week.​

“Prosecuting the editor of a human rights website shows just how frightened the Chinese government is about independent reporting on abuses from inside China,” said Yaqiu Wang, China researcher. “Sending Liu Feiyue to prison for five years is a travesty of justice meant to scare off others who might follow in his footsteps.”
​
[…] The prosecution against Liu has been marred by denial of his right to legal counsel and other due process violations. Authorities repeatedly rejected Liu’s lawyers’ requests to meet with him, until May 2017. In June 2018, the Hunan Bureau of Justice revoked the license of one of Liu’s lawyers, Wen Donghai, for “disorderly court conduct” in previous cases. Prior to Wen’s disbarment, judicial authorities had repeatedly criticized him for “hyping up” Liu’s case on the internet and for talking to foreign media. Since 2017, authorities have intensified disbarment of lawyers to deter them from taking on human rights cases.
​
During Liu’s trial at the Suizhou Intermediate People’s Court on August 7, 2018, police took away activists who had come to show support for Liu and blocked people from approaching the court building. Authorities pressured Wu Kuiming, the lawyer replacing Wen, not to discuss the proceedings publicly.
​
[…] In recent years under President Xi Jinping, China’s government has tried to eliminate the country’s few independent human rights news websites by imprisoning its leaders. Lu Yuyu, founder of the protests chronicle website Not News, was sentenced to four years in prison, and Zhen Jianghua, executive director of the website Human Rights Campaign in China, was sentenced to two years. Huang Qi, a veteran activist and founder of the website 64 Tianwang, has been detained and awaiting trial since November 2016. Huang suffers from kidney disease and has been denied adequate medical care. [Source]

“Today’s deplorable verdict against Liu Feiyue has nothing to do with justice. He is the latest victim of the Chinese government’s sustained assault against those defending human rights. He is a Prisoner of Conscience who must be immediately and unconditionally released.

“Through his website, Liu Feiyue shone a light on the human rights violations faced by many people in China. But instead of addressing these abuses when they are exposed, the authorities have instead decided to unjustly silence Liu Feiyue. He should not have been prosecuted nor spent a single day in prison for solely exercising his right to freedom of expression.” [Source]

Similarly, from the Committee to Protect Journalists:

"The harsh sentencing of Liu Feiyue illustrates how frightened and desperate Chinese leaders are to prevent the truth about their horrible record on human rights from being revealed," said Steven Butler, Asia program coordinator for the Committee to Protect Journalists. "Liu Feiyue should be lauded for performing an important service in defense of the Chinese people, not locked away in prison."

At least 47 journalists were imprisoned in China at the end of 2018, making it the second largest jailer of journalists worldwide, after Turkey. [Source]

​CPJ published its annual census of imprisoned journalists last month, highlighting mass detentions in Xinjiang as a key focal point for tightening media control. Xinjiang coverage also featured prominently in the Foreign Correspondents’ Club of China’s annual members’ survey, published this week. The FCCC’s report highlighted the chilling effect from digital and physical surveillance and harassment of Chinese assistants, sources, and even others with whom journalists interacted, like taxi drivers.

Survey results painted the darkest picture of reporting conditions inside China in recent memory. Moreover, the responses suggested authorities used surveillance in an attempt to silence sources within China and outside its borders. For the first time in three years, a foreign correspondent was effectively expelled through visa denial. Separately, Chinese authorities also issued severely shortened visas and reporting credentials, one for just 2.5 months, to at least five correspondents — from the New York Times, the BBC, the Australian Broadcasting Corporation, Sankei Shimbun and Voice of America — and the FCCC is concerned that such measures are being used to punish reporting. (Typically, journalist credentials are issued for a year.) Pressure on Chinese national news assistants and sources intensified. Fifty five percent of respondents said they believed conditions deteriorated in 2018 — the largest proportion since 2011, when foreign media coverage of pro-democracy protests prompted an extensive government backlash. Not a single correspondent said conditions improved last year.

“On a day-to-day basis, it’s worse now than it has been in the past 20 years, with episodic exceptions like the [2011] Jasmine Revolution,” a bureau chief at a U.S. news organization said. “In the past, there were crackdowns, but you knew the reasons and expected them to end. What we’re dealing with now is a new normal.”

• 55% of respondents said reporting conditions have deteriorated
• 91% were concerned about the security of their phones
• 66% worried about surveillance inside homes and offices
• 48% were followed, or were aware that a hotel room was entered without permission
• 24 out of 27 of respondents who traveled to Xinjiang said they experienced interference while there [Source]

In an apparent sign of official economic anxiety, the report notes that "industrial districts, such as steel-producing areas" were the only location in which respondents were more likely (100%) to be told of non-existent or unofficial reporting bans than Xinjiang (93%). The report cites numerous specific examples of surveillance (particularly of phone or WeChat communications), obstruction, and harassment. It also briefly mentions a French experiment with visa reciprocity, which has long been raised in the U.S. as a possible response to China’s use of journalists’ visas and other accreditation as leverage or punishment. According to a French journalist quoted in the report:

The Chinese Embassy in Paris “recommended” for more than four months that we not apply for a visa as our news reports about China spying on the headquarters of the African Union in Addis Ababa had made us “unpopular.” We got the visa seven months after we first tried to apply. In the meantime, the French Embassy in Beijing blocked several visas for Chinese journalists. [Source]