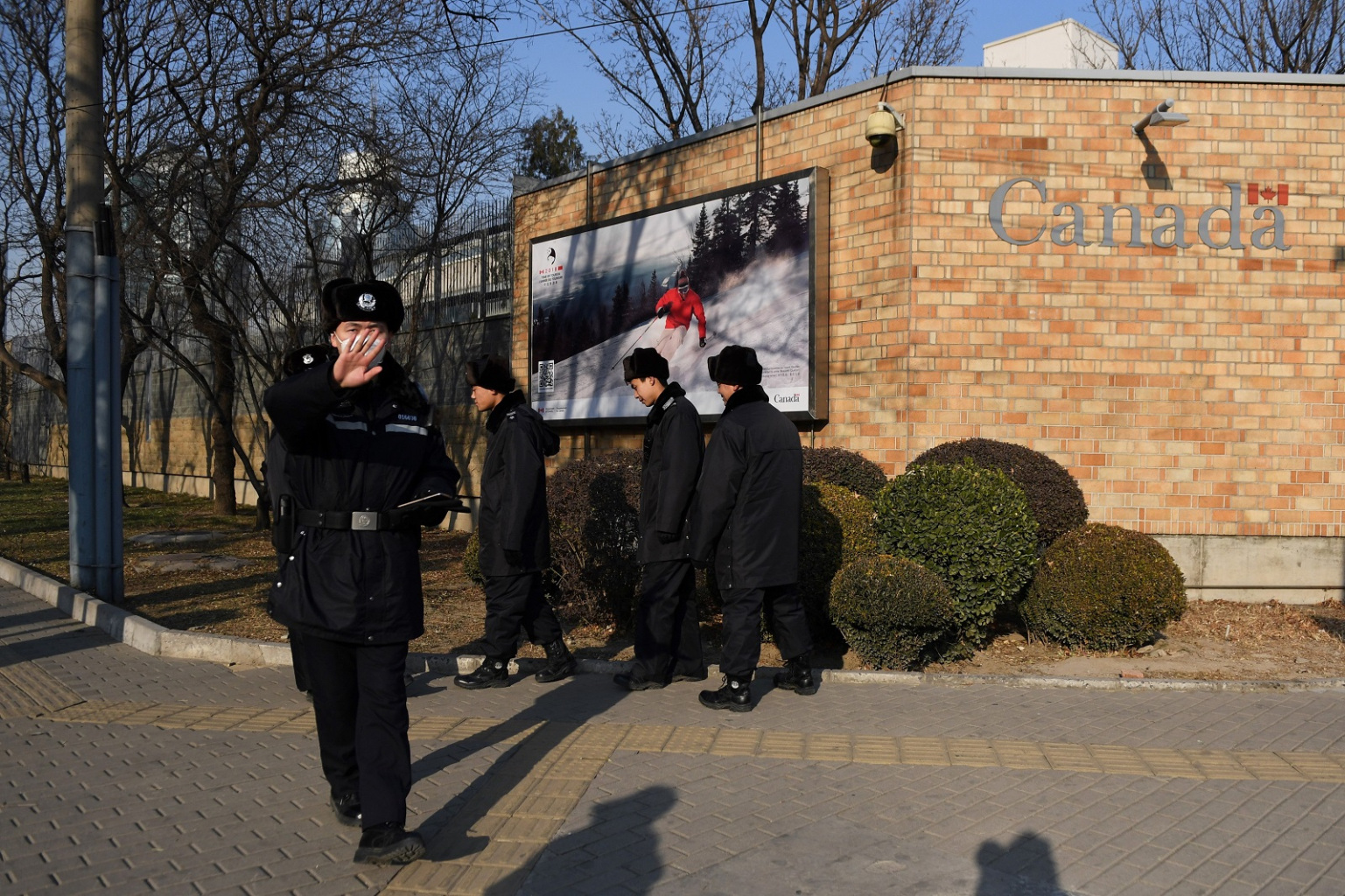 The detention of former Canadian diplomat Michael Kovrig and China-based Canadian businessman Michael Spavor–in what is seen as an apparent retaliation for the arrest of Huawei CFO Meng Wanzhou in Vancouver at the request of the United States–has had a chilling effect on the China research community in the U.S., with academics left wondering whether it is still safe to travel to the country for research purposes. Prominent American sinologist Bonnie Glaser gave a grim assessment of the detentions’ impact, Bhavan Jaipragas at the South China Morning Post reports:

“The actual detaining of Kovrig sent a chill, really, throughout the community of experts,” said [Bonnie Glaser], who serves as the director of the China Power Project at Washington’s Centre for Strategic and International Studies.

[…] Following Washington’s renewal in early January of a China travel advisory – this time warning citizens of “arbitrary enforcement of local laws” – Glaser said some within the American Beijing-watching community were “reconsidering” whether or not to enter the mainland for their research.

But Glaser added that she had “not heard of any think tank in the United States that is telling its scholars that they should not go [to China]”, and that whether to visit was a question for individuals.

“I myself am definitely concerned,” Glaser said. “My guess is that the Chinese have a list of people from different countries and if they have a problem with one country they will just arrest the citizens [of that country] who are on that list.

She added: “The Chinese have used coercion in a growing number of ways, and I don’t think they will refrain from using this kind of coercion in the future.” [Source]

Meanwhile, University of California, Davis sent a warning to its students to avoid certain behavior if traveling to China, the South China Morning Post reported.

UCDavis advise to students traveling in China (sent today):
1. Not using messaging apps in China at this time.
2. Do not sign anything
3. Do not give up your passport unless forced to do so.
4. Report any detention to the US Embassy
5. Be cautious of lengthy Q&A or interrogation

“I have recently heard a word repeatedly pronounced by some Canadians: bullying,” Lu said in his op-ed. “They said that by arresting two Canadian citizens as retaliation for Canada’s detention of Meng, China was bullying Canada. To those people, China’s self-defence is an offense to Canada.”

He continued that, “the reason why some people are used to arrogantly adopting double standards is due to Western egotism and white supremacy.”

This week, China’s top prosecutor said that there is “no doubt” that Michael Kovrig and Michael Spavor had violated Chinese law and are being investigated on suspicion of endangering national security. At CBC, Philip Ling looks at how the sweeping Chinese law used to detain Kovrig and Spavor gives Chinese authorities much leeway to define the types of activities that count as national security threats.

The scope of the law is vast, giving Beijing power to order national security reviews on a wide range of topics: political, military, economic, financial, cultural, technological, nuclear, environmental and religious, among others.

The law also underscores the Communist Party’s stated belief that its reach should extend far beyond the physical borders of China. It declares both cyberspace and outer space to be part of China’s national security sphere, along with the ocean depths and polar regions.

A New York Times report noted that “legal scholars and analysts in China say it will probably lead to the security apparatus amassing more power, and to courts employing a broad definition of national security violations.” [Source]

According to a report by the Globe and Mail, 13 Canadian citizens have been detained in China since Meng’s arrest. A Chinese court is also set to hear the appeal of a Canadian citizen previously sentenced to 15 years for drug smuggling.

At Foreign Policy, Lynette Ong writes that Beijing’s hostage diplomacy will eventually backfire and hinder Huawei’s ability to establish itself in Western countries and undermine China’s own hopes to project a peaceful rise.

Yet even if Meng’s arrest was politically motivated, China is being shortsighted. If it wants to push Huawei to be the leading contender of next-generation technology and to convince the world of its so-called peaceful rise, it is not playing its cards right. Until the detentions of Canadians by the Chinese authorities, it was still possible to make the case that technology and politics are not necessarily intertwined. While there are serious worries about data privacy in China, the records of Western firms such as Google and Facebook are looking increasingly stained. Whether Huawei could be trusted less than other companies, simply because it is a Chinese firm, was still disputable. In the meantime, Huawei, with its enormous investment in research and development, has produced superior products with very competitive pricing.

Yet China has lost its moral legitimacy by detaining Canadians at random. Why does moral legitimacy matter, one might ask? Because Huawei needs to convince the world that it is independent of Chinese Community Party politics if it wants other countries, particularly Western societies, to adopt its technology. That’s become harder and harder as Chinese laws have made the role of corporations as possible agents of the state even more explicit—but it was still possible to make the argument, thanks to the long record of independent business deals with the West. Trust is not to be coerced; it has to be cultivated over time, particularly with countries with diverse set of values. Thus, by taking the law into their own hands, the Chinese authorities are hurting—not helping—their homegrown firms. Western intelligence officers who have been making the case against Huawei should feel vindicated by the Chinese government’s actions.

In the corridors of the CIA and FBI, those who see Chinese technologies as fundamentally a threat must be smugly proclaiming, “I told you so!” This makes it much harder the job of those who try to convince their governments of judging Huawei purely on the merits of its technology and competitive pricing. Ironically, a lot of Canadians fall into the latter camp, whether or not the Chinese authorities realize it. Canada stands out as the only member of the “Five Eyes” intelligence alliance, all U.S. allies, not to have disavowed the use of Huawei’s technology. [Source]

Meanwhile, a Canadian parliamentary delegation in Shanghai has been criticized by Canada’s former ambassadors to China for not including the Kovrig and Spavor cases on its official agenda. Catharine Tunney and Salimah Shivji at CBC report:

“At a time when we should be saying, ‘It’s not business as usual. The most important thing for us is to secure the freedom of these two people who have been wrongly detained.’ We’re saying, ‘Well, you know there are these embarrassments that come up every now and then but we have to stay focused on the long-term relationship.”

[…] “They may not agree, but at the same time, I think the delegation has to impress that we won’t be able to continue to have normal relations until this has been resolved,” said Guy Saint-Jacques, who was posted between 2012 to 2016.

[…] “Let’s remember it’s a question of values and Canada is a country governed by the rule of law, so this is an opportunity to repeat to the Chinese that we have no choice but to abide by the terms of the extradition treaty that we have with the United States.” [Source]

Human rights advocate and researcher Michael Caster has called on the international community to stand up, writing that the lack of global outcry and consequence for the arbitrary detentions could embolden China and set a dangerous precedent.