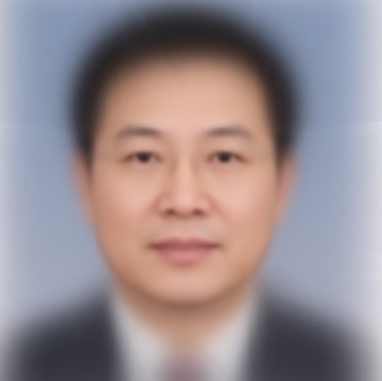 Over the past several months, dozens of Chinese Twitter users within China have reportedly been questioned, detained, and either pressured to delete their posts or accounts or hacked to the same end. In an apparent continuation of this campaign this week, the following tweet was posted by an account that had quickly built a following for its creative analyses of publicly available data on China:

Updated at 14:57 PST on Mar 6, 2019: @AirMovingDevice has added one more tweet of reassurance, quoting two poems by the Song Dynasty poet and official Su Shi:

Listen not to the raindrops’ tap on leaves throughout the woods;
Instead let’s sing and holler while sojourning leisurely.
Bamboo staff and straw shoes make much lighter way than hooves. Who should fear?
With a straw hat and coat, I could stand rain-battered all my life. [Source]

The original post prompted widespread expressions of concern and support.

As a succession of videos showing young 'westerners' channeling the spirit of Lord Haw Haw are paraded on a platform banned in the PRC, those who inform through meaningful work and insight are silenced.
Take care @AirMovingDevice.
容不下的浩然氣 pic.twitter.com/hArgfiJXmh

This is really disturbing; @AirMovingDevice did superb research, and I can only hope that they are safe https://t.co/YK59980Uo7

Following @AirMovingDevice’s announcement, users including German jounalist Hinnerk Feldwisch scrambled to recover as many posts as possible from sources such as Google’s cache, saving them to archival sites such as Archive.today. CDT retrieved the following posts, saved here as screenshots.

On a platform not always known for displays of humility, @AirMovingDevice was consistently frank and apologetic about the limitations or shortcomings of its work, and enthusiastically welcomed suggestions for improving it. One of its latest projects was "turning the tables" on China’s rulers by using facial recognition analysis on images from the ongoing Two Sessions legislative and advisory assemblies in Beijing:

Hard to think of a more legitimate use of facial recognition than tracking government representatives at a legislative event. This was all done using open-source algorithms and data. And yet someone in China evidently decided it could not stand.

In mid-February, @AirMovingDevice posted one thread tracking apparent plagiarism in senior officials’ postgraduate theses, and another mapping their relationship networks: 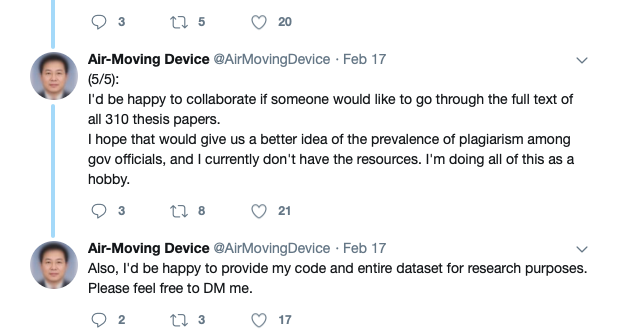 Earlier projects had focused on trends in leadership and international coverage in People’s Daily: 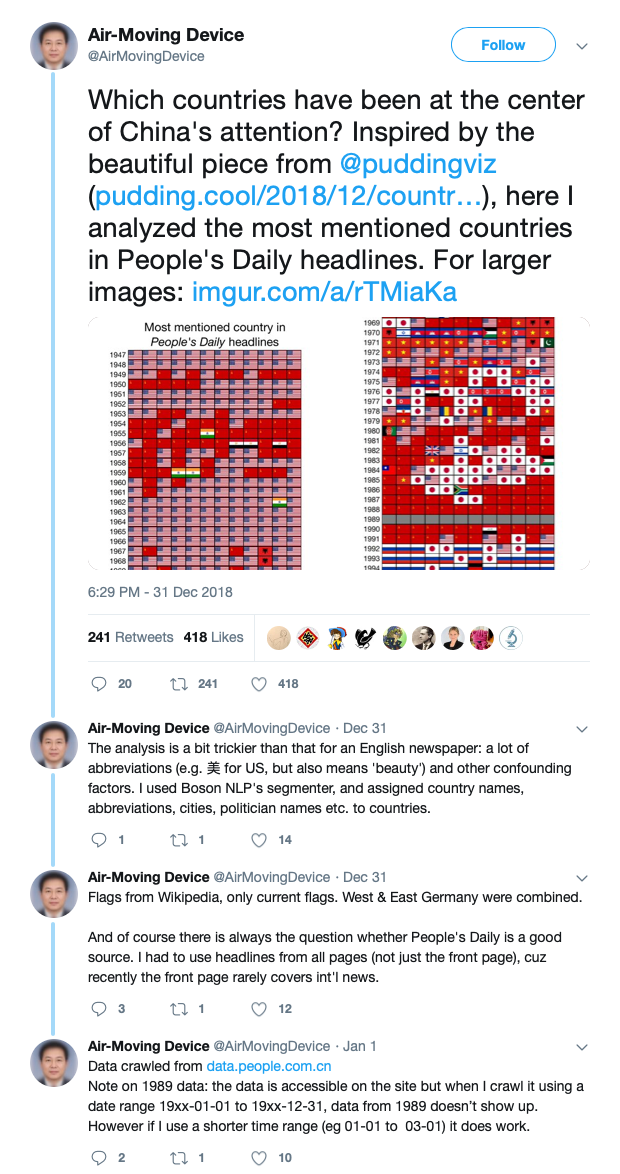 Another People’s Daily-based project, not preserved in Google’s cache, was a playful collage combining dozens of appearances of Xi Jinping’s face on its cover into a single image. @AirMovingDevice’s avatar is from a similarly irreverent earlier project: an effort to generate "the average face of Chinese bureacracy," and then identify the real official who most resembled it:

Alongside these data analysis projects, @AirMovingDevice would frequently help surface Chinese-language materials on sensitive topics including mass detentions in Xinjiang and the crackdown on young Marxist activists: 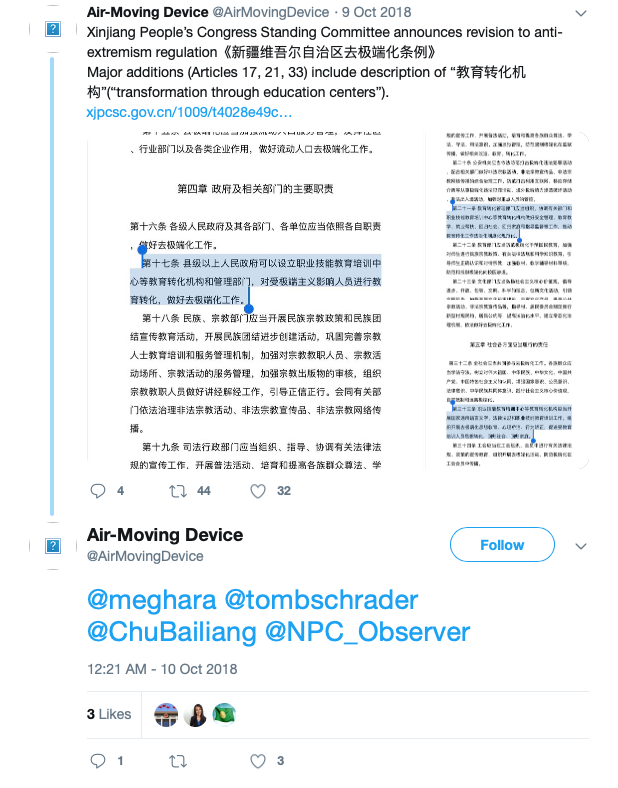 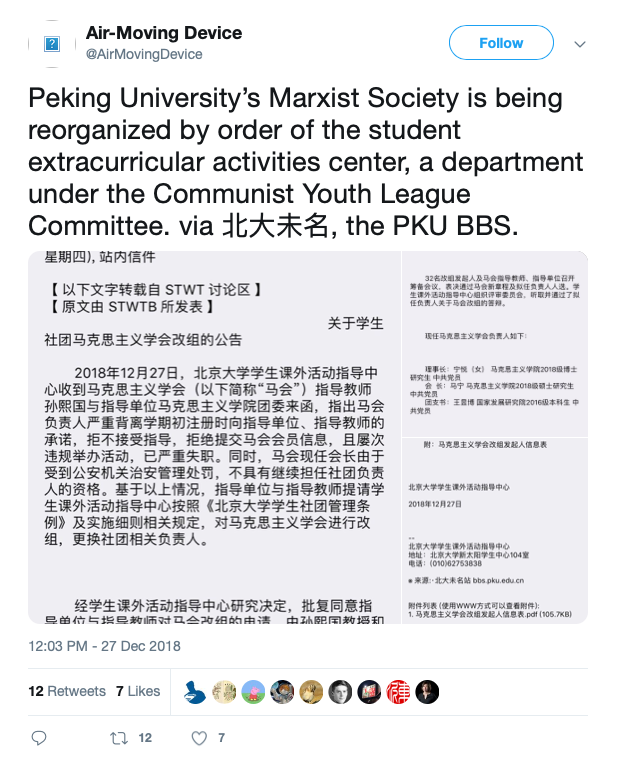