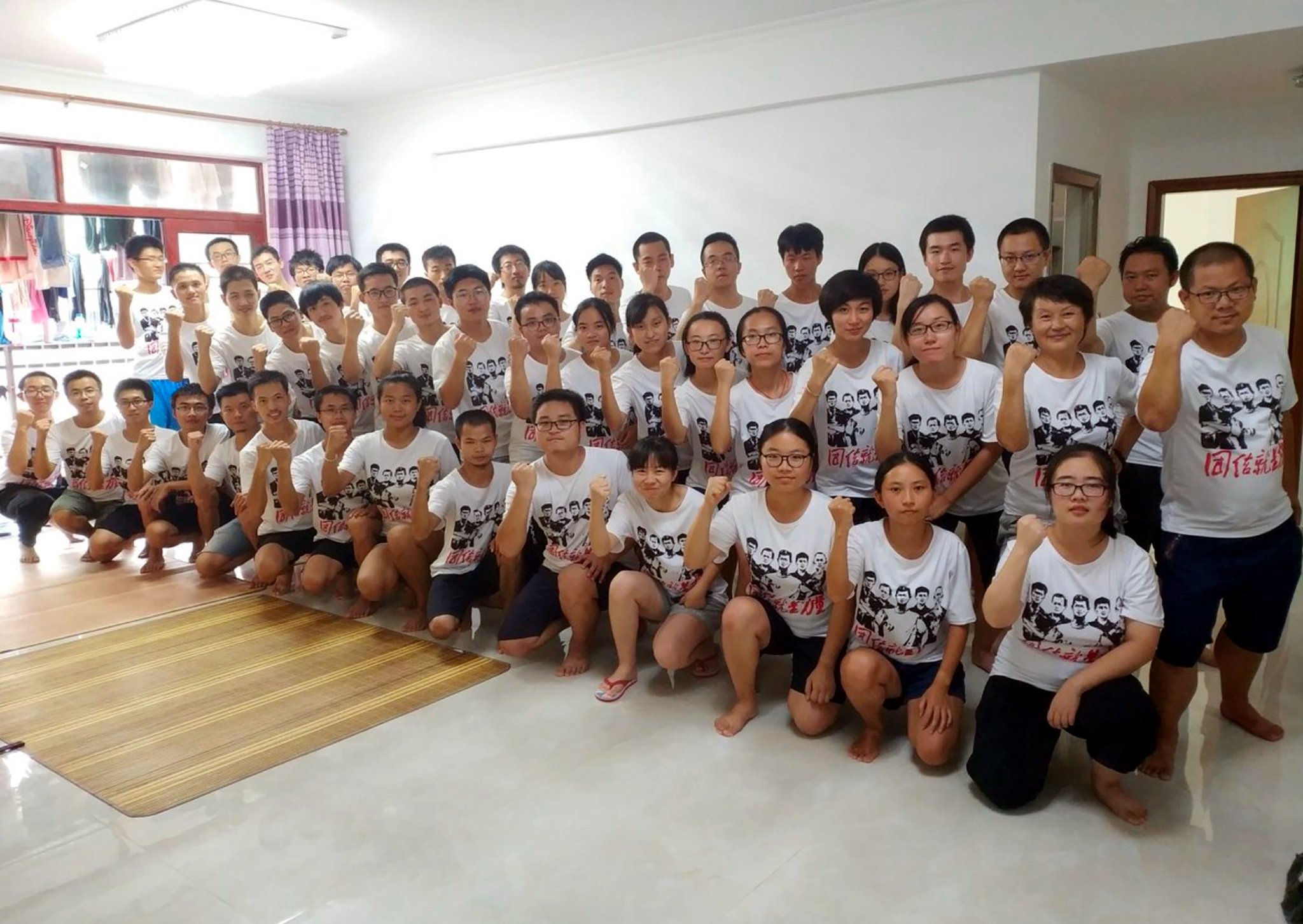 At least five high-profile labor activists have reportedly been detained,in China’s continuing crackdown on workers rights activism and advocacy. The campaign began with the detentions of protesting Shenzhen-based workers in July, a mass roundup of mostly student supporters in August, and more in November. China Labour Bulletin reports on the latest incidents:

Those detained include the director of the Chunfeng Labour Dispute Service Centre, Zhang Zhiru, well-known labour activist Wu Guijun, plus, Jian Hui, Song Jiahui and He Yuancheng. Some of those detained are now based outside of Shenzhen but all had prior connections to labour groups in the city.

Wu Guijun, Zhang Zhiru and He Yuancheng have been charged with disturbing public order (扰乱社会秩序), according to people familiar with the case. The status of Jian Hui and Song Jiahui is currently unclear.

The reason for the sudden crackdown is also unclear. However, it may well be related to the on-going dispute at Jasic Technology, which attracted considerable media attention and support from student groups across China. Four of the worker activists at Jasic; Mi Jiuping, Li Zhan, Yu Juncong and Liu Penghua remain in custody in Shenzhen, charged with gathering a crowd to disrupt social order. A staff member of a local labour group and two local trade union officials, among several others have also been detained in relation to the case.

It is possible that, in the light of the Jasic case and the upsurge in worker activism in Shenzhen – there have been at least 17 strikes and protests in the municipality since 1 October last year – the authorities have decided to take resolute action against the labour activists who are dedicated to helping workers defend their legal rights. […] [Source]

In addition to cracking down on the frontline activists in Shenzhen, authorities have been targeting supporters of the labor movement on university campuses across the country. Dozens of students and graduates of elite universities have since August “been disappeared,” some violently “kidnapped” from public university campuses by thugs believed to be tied to authorities. Many of those detained in August and November roundups were self-described Marxist activists–like Yue Xin and Sun Min, both Peking University (PKU) graduates–who had been actively supporting Jasic workers and other social movements such as the #MeToo campaign. On December 26, the leader of the PKU Marxist society, Qiu Zhanxuan, was detained while en route to an unofficial celebration of the 125th birth anniversary of Mao Zedong, an incident that highlighted the contradictory nature of the CCP’s ongoing crackdown on labor activists and their Marxist youth supporters. On December 28, PKU campus security clashed with PKU Marxists who were protesting the forced restructuring of their group on campus.

At Reuters, Christian Shepherd reports that the students detained on December 28 were shown “confessions” of fellow student activists, and that a solidarity group has now castigated those videos as “slander”:

Within an hour, police rushed at the group and dragged them into a nearby building, where, barricaded in classrooms, they were shown videos of recent graduates, including one from their own university, “confessing” to working with an “illegal organization” to arrange protests in southern China, students involved told Reuters.

On Monday, a solidarity group that has been calling for the activists to be released posted online statements decrying the videos as “slander”.

Friends of the activists told Reuters that the videos distorted facts and were an attempt to threaten those who have been calling for the release of dozens who have been detained since August.

The private screening was part of efforts by Chinese authorities to stem a groundswell of activism on China’s university campuses, with students taking up causes from #MeToo to the rights of migrant and factory workers. [Source]

@Peterinexile noted – but it was unfortunately cut from the final article – that it is quite common for confessions to not be aired. Hence why he said they are not just tools of propaganda, but also to aid convictions, to hang over the "confessor" and to scare the community.

The videos focus on four activists — Yue Xin, Shen Mengyu, Gu Jiayue and Zheng Yongming — who were detained in August while helping workers at a welding manufacturer in southern China organize an independent labor union.

In the videos, which total about a half-hour, the activists, all in their 20s, confess to a variety of offenses, including subverting state power and working with foreign forces to hurt China’s international image, activists said in interviews on Monday. Some of the detainees say that they helped spread “radical leftist ideology,” the activists said. A male narrator provides commentary on their mistakes.

In one segment, Ms. Yue, a recent graduate of Peking University who gained prominence as a #MeToo activist, acknowledges her errors and then vows to “stand with the people and stand with the party,” the activists recounted.

In the video, the activists look pale, with dark circles under their eyes, and they speak as if reading from a script, the students said in an online post.

The whereabouts of the detained activists are unknown. Chinese officials have not publicly discussed their cases. [Source]

PKU graduate and detained activist Yue Xin is included on Foreign Policy’s 2019 Global Thinkers list. Chinese authorities systematically use confessions that appear to be extracted under duress against detainees, and have been known to televise these confessions as a scare and smear tactic. The trend of televising questionable confessions has attracted growing alarm over the past five years, and an in-depth report by Safeguard Defenders (digested by CDT) digs into the methods, motives, and consequences of these broadcasts.

It's a tragic state where one must preempt their own defense against arbitrary charges while they are free, knowing some day they may be disappeared and tortured, but in #China it is increasingly likely your day will come. Preemptive video recordings is one way to push back. https://t.co/3JbCIPPdVb

Breaking: Student pro-workers group say seven students from Peking University and Renmin University were taken away yesterday. One had hid under his bed for seven hours while state police knocked down his neighbour's door, then his #jasic https://t.co/4NYUXmHyc1