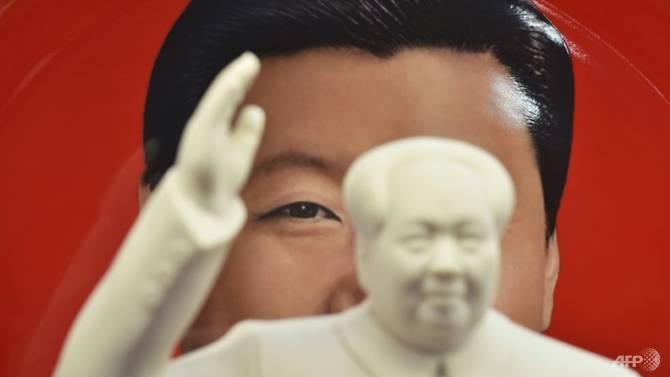 Qiu Zhanxuan, a leading Marxist student activist at Peking University (PKU), has reportedly been detained while en route to a celebration of the 125th birth anniversary of Mao Zedong. Qiu’s detention comes as authorities are cracking down on Marxist supporters of the labor movement, with several high-profile student activists and alumni of elite universities having been detained in recent months, some removed from campuses by force. Reuters’ Christian Shepherd and Ben Blanchard report:

Qiu Zhanxuan, head of the Peking University Marxist Society, was grabbed and forced into a black car outside the east gate of Peking University by a group of heavy-set men who identified themselves as police, a student told Reuters.

[…] Qiu was on the way to attend a memorial for the 125th anniversary of Mao Zedong’s birthday that he organized and had already been warned by a school adviser about the event on Tuesday, the student said.

[…] Students at Peking University, informally known as Beida, set on a sprawling, leafy campus in northwestern Beijing, played a central role in launching the anti-imperialist May Fourth Movement in 1919 and the pro-democracy Tiananmen protests in 1989.

[…] Song Yangbiao, a Beijing-based neo-Maoist freelance journalist, told Reuters that this year “the leftists have gone quiet” and with no signs of any major activities to mark the birthday.

“I think the backdrop is the atmosphere around the 40th anniversary of reform and opening up,” Song said, referring to official events celebrating the start of China’s landmark economic reforms, with Xi giving a big speech last week. [Source]

Two earlier mass roundups in August and November targeted both labor activists in southern China and supporters who were self-avowed Marxist activists–like Yue Xin and Sun Min, both Peking University (PKU) graduates–actively supporting workers to establish an independent trade union in Shenzhen. In addition to several pieces by or about Yue and Sun, CDT has previously translated PKU student Feng Junjie’s account of being beaten by thugs on campus during a November 9 episode, a classmate’s recounting of the earlier disappearance of PKU medical student Jia Shijie and the university’s efforts to deflect student inquiry into their classmate’s whereabouts, and an account of the monitoring and harassment of student activists at Renmin University.

The AFP reports further on the background of the elite campus focus of the ongoing crackdown on labor activism, and Mao’s controversial legacy:

In August, a police raid swept up student activists at several universities, beating some of them and confiscating their phones for supporting a labour rights movement.

The Jasic Workers Solidarity group rose to prominence this summer when student activists backed its efforts to form a workers’ union at Jasic Technology, a welding machinery company in southern Guangdong province.

In April, Peking University faculty tried to silence another student, Yue Xin, who co-authored a petition demanding details of a sexual abuse case at the school.

[…] The Communist party in recent years has tried to distance itself from the legacy of Mao. Once hailed as China’s “great helmsman”, there were no official events to mark his 125th birth anniversary Wednesday. [Source]

Here are some pictures of celebrations at Mao's birthplace Shaoshan https://t.co/bfLq3a3aYD A lot of the attendees look young and moderately well-off.

Many of those detained since August are still under detention. Human Rights Watch and China Worker both recently renewed calls for the release of the young activists. At Chinoiresie, activist and UC Berkeley PhD student Zhang Yueran looks at the implications the ongoing battle between authorities and activists could have on China’s broader labor movement.