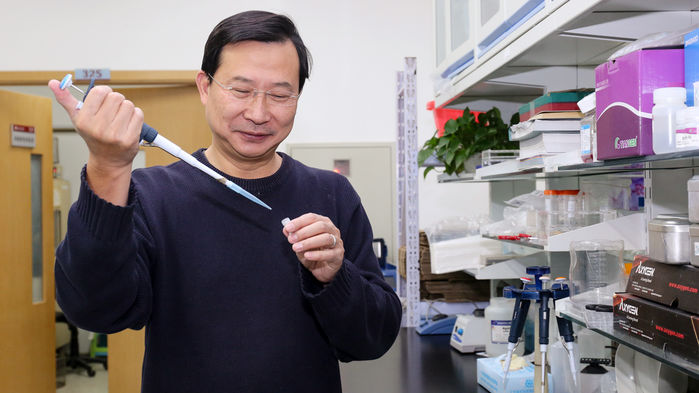 Scientists in China are concerned about what they see as growing anti-Chinese sentiment in the United States. They dismiss claims of a vast conspiracy to steal U.S. intellectual property and worry that new visa restrictions, scrutiny of export of scientific devices, and U.S. investigations of Chinese and Chinese American scientists will hinder international collaborations. That could harm both countries’ research efforts as well as global scientific progress, many say.

Increasingly, “Chinese scholars will hesitate to work with collaborators in the U.S.,” warns Cao Cong, a China science policy specialist at the University of Nottingham Ningbo China. The Chinese government may also steer funding away from U.S.-based projects, he adds. Indeed, visa issues are threatening additional Chinese funding for the Thirty Meter Telescope (TMT), an international project planned for a site on Mauna Kea in Hawaii.

[…] One factor underlying U.S. suspicions, some academics say, is the outdated belief that scientific knowledge and expertise flow one way—from the United States to China. “That may have been the case years ago, but exchanges have gone from being asymmetrical to now having greater parity,” says Denis Simon, an American who is executive vice chancellor at Duke Kunshan University near here.

The TMT is an example of the strains affecting China-U.S. cooperation. The project has so far been funded mostly by private money, but it needs partners for its estimated $10 billion cost. (Construction is now held up by protests.) As a partner, the National Astronomical Observatories of China (NAOC) of the Chinese Academy of Sciences in Beijing has committed its own funds and in-kind contributions, but the current climate has made Chinese funding agencies reluctant to chip in more, says NAOC Deputy Director-General Xue Suijian. The question Chinese officials now ask, Xue says: “Given the fact that the U.S. government does not offer Chinese scientists visas, how can you carry out any cooperation?” [Source]

The South China Morning Post’s Post Magazine describes one case in which two naturalized U.S. citizens of Chinese descent were dismissed from professorships at Emory School of Medicine after being on the faculty for over 20 years. The report outlines U.S. agencies’ arguments for tightening rules, and fears of innocent researchers being stigmatized amid a “new McCarthyism”:

In April, FBI Director Christopher Wray said China is taking “a societal approach to stealing innovation in any way it can” from universities and other sources. “I do think that the academic sector needs to be much more sophisticated and thoughtful about how others may exploit the very open, collaborative research environment that we have in this country,” Wray told the Council on Foreign Relations in Washington.

[…] It is hard to overstate the importance of China for US colleges and universities. China is by far the leading supplier of international students to the US, with more than 130,000 graduate students and 148,000 undergraduates enrolled in 2017-2018. Those students bring vital tuition dollars into the US system. China’s own universities are also rapidly developing research capacity that the US cannot ignore. New York and Duke universities have opened outposts in China.

Now, some academics in the US worry about a repeat of the “red scare” over communist infiltration that the late senator Joseph McCarthy fomented in the 1950s.

Yiguang Ju, a professor of mechanical and aerospace engineering at Princeton University, says he senses “increasing fear of a new McCarthyism” if conflicts with China intensify. Ju, 55, earned a bachelor’s degree in his native China and a doctorate in Japan before moving to America in 2001 and eventually becoming a naturalised US citizen. [Source]

She began her speech by saying that the U.S. welcomes Chinese students and citing a recent comment from President Trump articulating the value of Chinese international students: “We want to have Chinese students come and use our great schools, our great universities. They have been great students and tremendous assets,” the president said.

[…] At the same time, Royce said that American colleges need to do a better job fully integrating students on their campuses and communities to give them a broader exposure to American culture and values. “As you know, at many U.S. institutions with significant numbers of Chinese students, it’s all too easy for Chinese students to cluster together — missing the chance to live, study and eat alongside their American and international peers,” she said.

[…] Royce also warned against reported Chinese government attempts to interfere with speech on U.S. campuses and to encourage students to monitor their peers. “We can and we will push back hard against the Chinese government’s efforts to chill free speech on American campuses,” Royce said.

Finally, on the subject of intellectual property theft, she warned of the need to make sure that Chinese students and visiting scholars “are not pressured by their own government to engage in activities beyond the scope of legitimate academic pursuits,” even as she stressed that only a very small proportion of the student population is involved in illegitimate activities. […] [Source]

At Phys.org, Poornima Weerasekara reports that amid this climate of ratcheting tensions, Chinese students are increasingly eyeing other destinations for their studies, putting a crucial revenue source for American universities in jeopardy:

Over one third of the roughly 360,000 Chinese students in the US study in “STEM fields”—science, technology, engineering and mathematics—according to the Institute of International Education in New York.

But the number of Chinese students in the US dipped by two percent in March compared to the previous year, the first drop since 2009, data from the US Immigration and Customs Enforcement shows.

[…] Melissa Zhang, a high school senior in Beijing, said she has abandoned plans to go to the US and was instead taking German lessons, in the hope of getting into a robotics programme in Dresden.

Her mother, Mingyue, said “the American dream is losing its shine” to many Chinese students. […] [Source]

The U.K., meanwhile, has seen a 30% increase in applications from Chinese students since last year. The Guardian’s Sally Weale reports:

The Ucas university admissions agency revealed on Thursday it had received almost 20,000 undergraduate applications from students in China this year (19,760, up from 15,240 in 2018), compared with 18,520 from Northern Ireland. The real figure will be higher as not all Chinese applications are made via Ucas.

The number of students from mainland China studying in UK higher education has more than doubled in the last decade. Commentators say however that recent tensions between China and the US are further benefitting British universities as Chinese students look at destinations other than America for their studies.

[…] Welcoming the figures, the universities minister, Chris Skidmore, said: “International students bring huge cultural and economic benefits to the UK. These figures show we are making good progress in our ambition to open up world-leading higher education to anyone who has the potential to benefit from it and I’m confident that we can go even further.” [Source]

Overseas Chinese student organizations, such as the Chinese Students and Scholars Association, have been systematically guided by local Chinese embassies and consulates to organize protests on foreign campuses and to disrupt public addresses on topics sensitive to Beijing. The New York Times Damien Cave reported last week on increasing fear of Chinese nationalistic sentiment in Australia after violent altercations at a pro-Hong Kong democracy rally broke out at the University of Queensland.

One video from the scene shows a student from Hong Kong being grabbed by the throat. Another shows a philosophy student, Drew Pavlou, 20, shouting, “Hey hey, ho ho, Xi Jinping has got to go,” until a counterprotester throws his megaphone aside.

The altercations, which took place last Wednesday in the main square of a major Australian university, were broken up by the police, but experts believe it could be a dark omen of what is to come as the passions of Hong Kong protesters ripple to other countries.

[…] For Australia in particular, the past week signals trouble after years of gliding along and growing rich off China’s growth. Australian universities have come to depend on Chinese donors, students and organizations that are often loyal to Beijing and intolerant of dissent.

More collisions with China’s muscular nationalism now seem likely. Racist chants and insults have been traded, along with punches. The Chinese Consulate in Brisbane praised the “spontaneous patriotic behavior” of the pro-China activists — leading the Australian defense minister to take the extraordinary step of warning foreign diplomats against attempts to suppress free speech. [Source]

In an earlier report (via CDT), Cave called Australia a “laboratory for testing how far it can go to steer debate and influence policy inside a democratic trade partner.”

More on the scuffle at the University of Queensland (and on other Australian campuses), and on fear that nationalistic Chinese students are attempting to censor free speech on- and off-campus, from Frances Mao at the BBC:

[…] The students said their protest began smoothly but they were later surrounded by counter-protesters who heckled them and began to destroy their signs.

[…] Hong Kong students who took part in the protests told the BBC they had done nothing to incite that response. Christy Leung, 21, and Phoebe Fan, 22, said they had helped organise a peaceful demonstration to support the pro-democracy protests at home.

[…] Ms Leung said she was confronted by one man who “came at me and slammed the poster out of my hand”. She added: “Some of my male friends moved to get in front of me and to stop him, but I felt like he was trying to hurt me. He choked one of the guys in the fight.”

[…] Ms Fan and Ms Leung say such harassment has also continued off campus. They have found pictures of themselves being shared on Chinese social media sites next to threatening messages. Ms Fan said one comment warned she would “face consequences”. […] [Source]