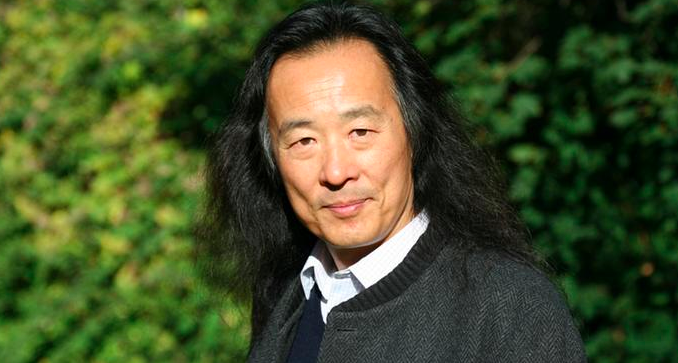 Chinese-Swiss poet Yang Lian has dedicated the following poem to the courageous demonstrators in Hong Kong as protests in the city enter into the 14th consecutive week.

Yang Lian: To the People of Hong Kong

You are the stars, we are the night;
You ignite, we extinguish;
You are Han, we are traitors;
You are tears, we are dead with apathy;
You are heading towards death, we are dragging out an ignoble existence;
You take to the streets; we shrink into our sofas;
You bleed for tomorrow; we live in degradation for today;
You cherish the preciousness of love, we cling obstinately to the price of life;
You were not born thirty years ago, we have rotted after thirty years. [Chinese]

A short bio of Yang, excerpted from his website, has been translated below:

Yang Lian, born in Switzerland in 1955, grew up in Beijing. He went through the Cultural Revolution at the age of eleven and began writing poetry in the late 1970s. In 1978, he became one of the main authors of the famous literary magazine Today. In 1983, his long poem “Nuo Ri Lang” became a sensation in mainland China’s poetry circle. Yang’s work was subsequently introduced overseas and he was invited to recite his poems throughout countries in Europe. In 1987, Yang was chosen by Chinese readers as one of China’s “top ten poets.” That same year, he founded the “Survivor” poet club in Beijing with Mangke, Duoduo, Tang Xiaodu, and others, and edited the first issue of The Survivors magazine. In 1988, at the invitation of the Australian Literary and Art Council, Tang visited Australia for a year, and then began his global writing career.

Although Yang Lian is separated from China, he has never been estranged from the Chinese language. Even after living in different parts of the world for more than 20 years, traveling all over Europe, the United States, and Australia, Tang has always insisted on creating in Chinese. His principle is: exchange a simple way of living for the continuous enrichment of one’s spiritual universe. Yang Lian’s works are mainly poetry and prose, but also include literature and art criticism. He has ten collections of poetry, two collections of essays, and many articles that have been translated into more than twenty foreign languages ​​and published in various countries. He continues to participate in world literature, art, and academic activities and is known as one of the most representative voices of contemporary Chinese literature. Yang Lian has been nominated for the Nobel Prize for Literature for several consecutive years and was elected to the International PEN Council by the highest vote at both the seventy-fourth and seventy-seventh International Conferences in 2008 and 2011 respectively. This is the highest position of PEN International won by a Chinese writer since Lin Yutang served as its vice chairman in the 1950s. [Chinese]