Former Premier Zhu Rongji kept a low profile in all black and shades during the National Day parade in Beijing on Thursday. The photo below, one of the only ones that has emerged of Zhu from that day, has generated discussion among Chinese netizens and is reportedly being deleted from Chinese sites. 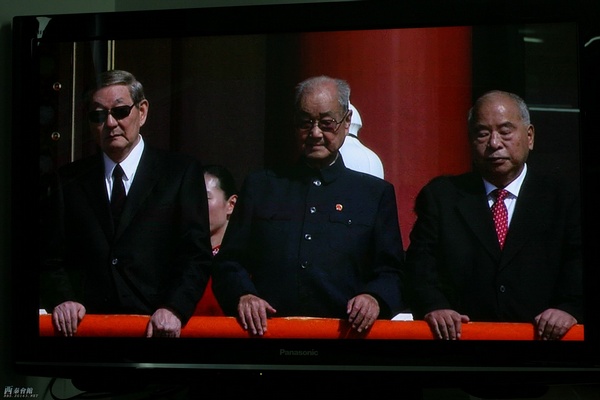 In contrast, former President Jiang Zemin’s presence has been prominently highlighted in Chinese media reports of the festivities, with his face appearing in broadcasts almost as frequently as President Hu Jintao’s.

[President Hu Jintao and Jiang Zemin watch the parade from the Tiananmen rostrum, via Xinhua]

Hu Jintao, meanwhile, mostly kept a straight face throughout the 2.5 hour parade, but came to life as the mini-skirted female militia marched by, as both Danwei and Evan Osnos point out. 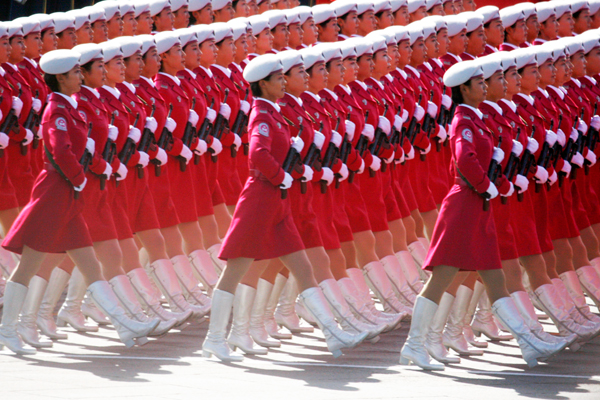 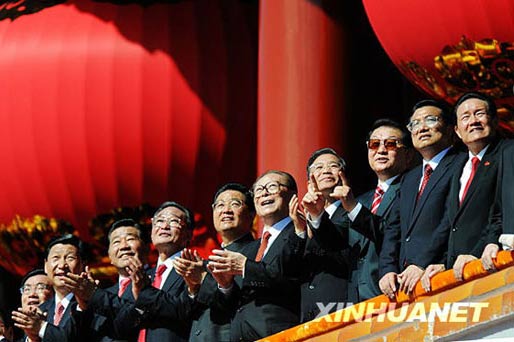 [China’s leaders watch the parade from the Tiananmen rostrum, via Xinhua] 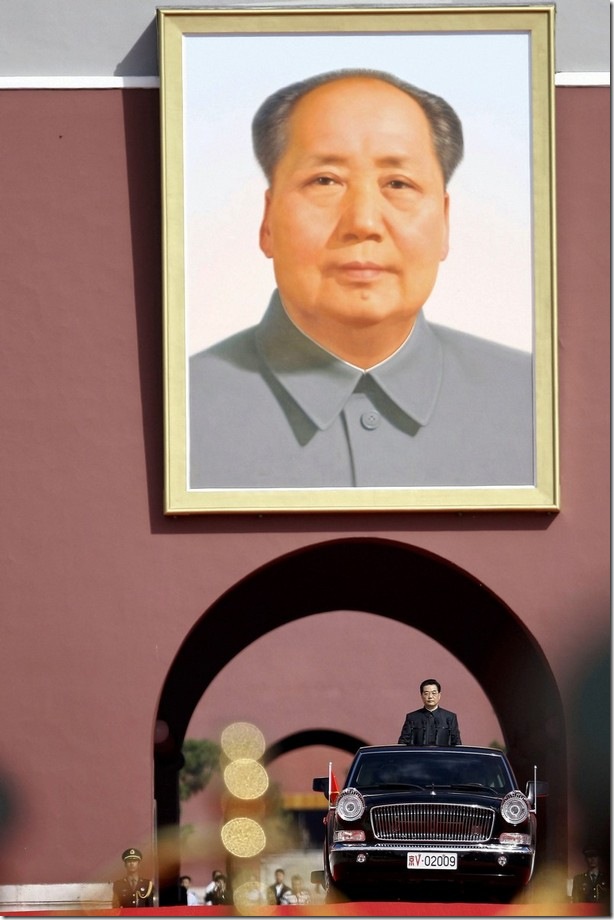 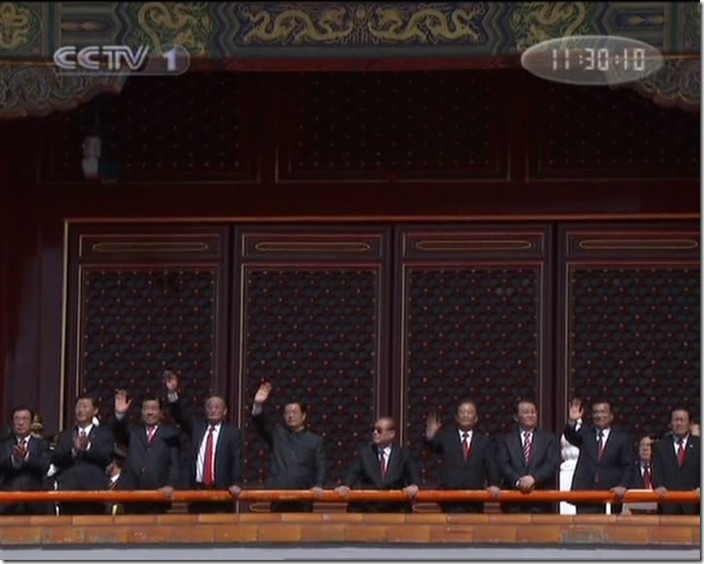 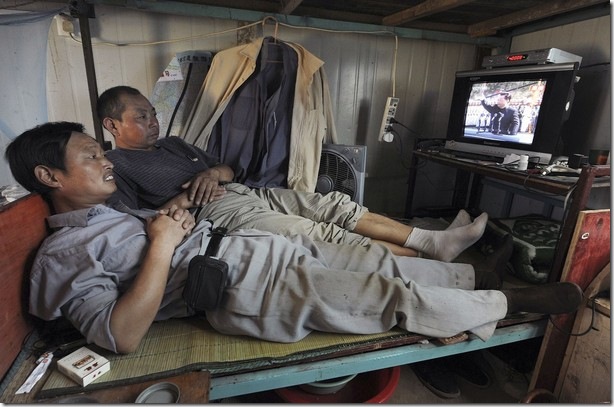 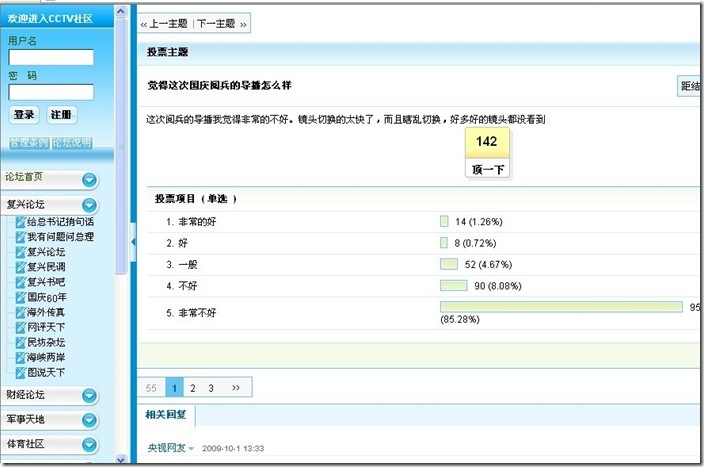 [In this screenshot of CCTV’s online survey about the audences’ satisfaction for CCTV’s “live broadcast” job, 85% participants voted “very poor.”]

Word of the Week: Meng the Regent

Word of the Week: Core

Former Leader of the Week: Toad