Sensitive Words: We Want to Eat! 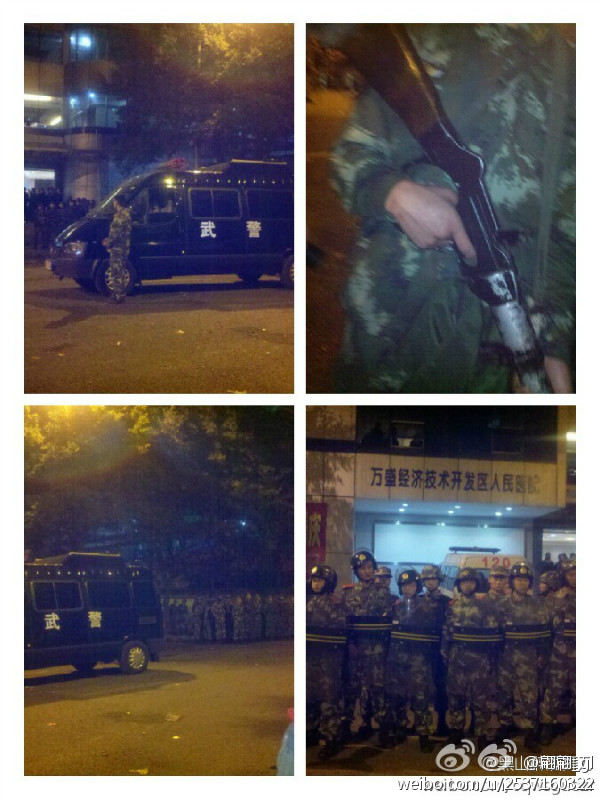 As of April 11, the following search terms are blocked on Weibo (not including the “search for user” function):

On the afternoon of April 10, several thousand students and denizens of Chongqing’s Wansheng district marched to protest the merger of Wansheng and Qijiang districts. They held banners reading “Give us back our Wansheng” and “We want to eat.” Riot police threw tear bombs to suppress the demonstration.