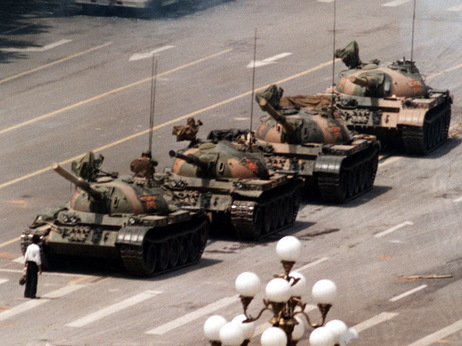 Since CDT posted a long list of terms related to Tiananmen blocked from Sina Weibo search, readers have found even more:

The six groups of characters depict a man being crushed under four tanks. This string is also blocked on Sina Weibo.