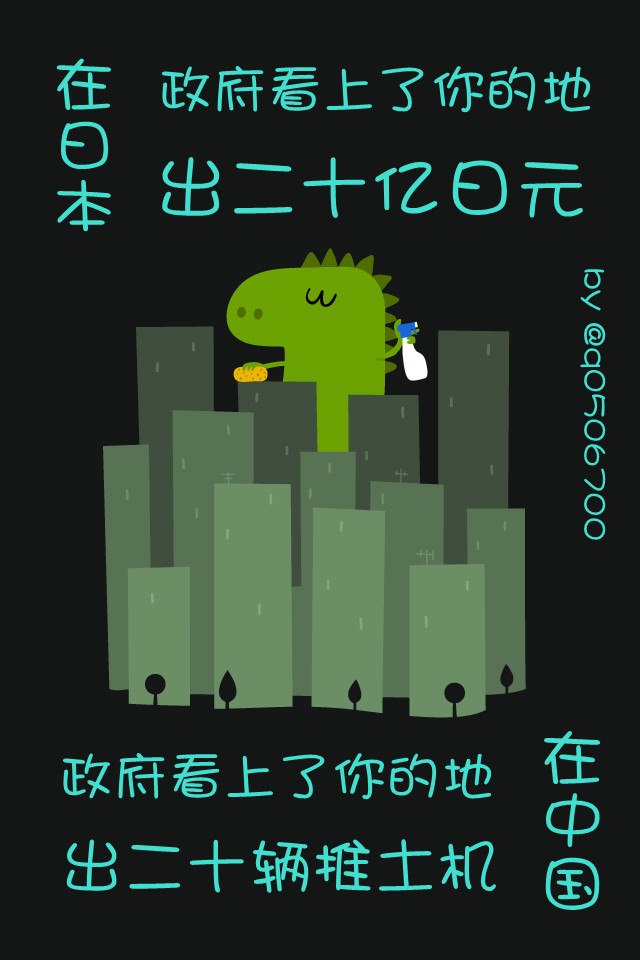 Cartoonist @q0506700 comments on the Diaoyu (Senkaku) Island dispute with a jab at his own country:

Japan purchased three of the Diaoyu Islands this week, enraging Chinese officialdom. Meanwhile, forced demolition continues to plague the Chinese people. This cartoon is not the first to point out the absurd focus on territorial disputes: for instance, in this viral video, a woman fights chengguan harassing her on her own property. “Four police vehicles and a huge army of officers just to take my planters out,” she exclaims. “If you are so brave, why don’t you go protect the Diaoyu Islands?!”

Via AmazeNews. Translation by Mengyu Dong.