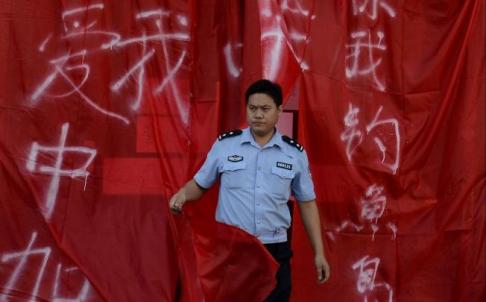 As of September 19, the following search terms are blocked on Sina Weibo (not including the “search for user” function):

– smash + car (砸+车): Protesters have been vandalizing and destroying Japanese cars. One city went so far as to ban Japanese cars from the road in order to protect the owners.

– take a walk (散步): “Taking a walk” first became a sensitive term in February 2011 with calls for a “jasmine revolution” inspired by the Arab Spring.

– Wu Long (吴龙): CDT does not know why this is blocked. We welcome tips from readers.