Stumbling at the First Hurdle 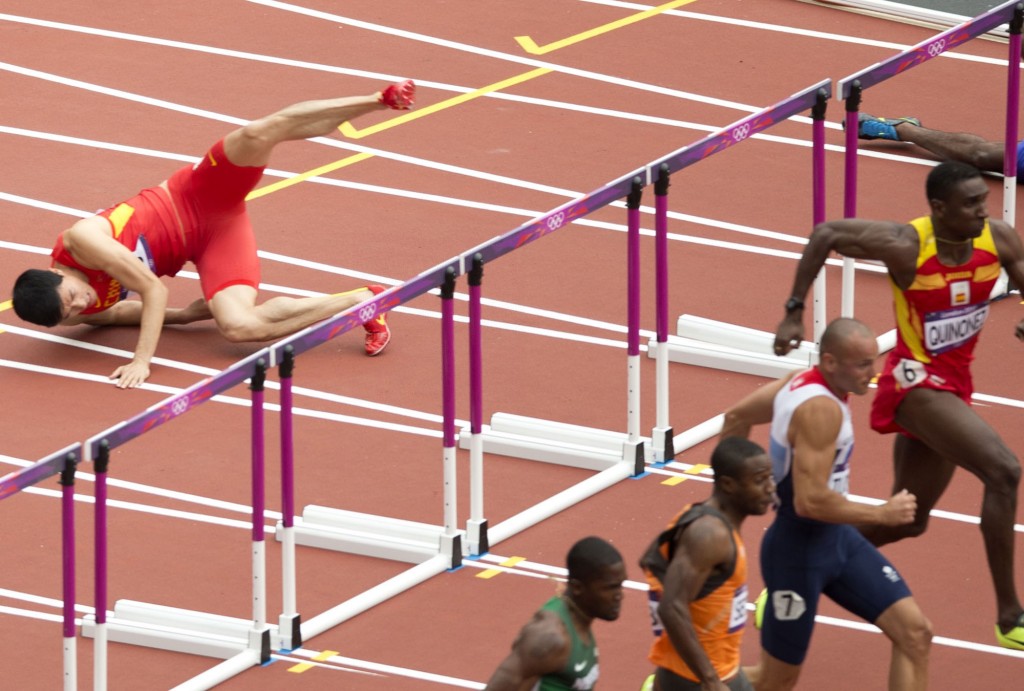 binfensuiyue: Today is the 101st anniversary of the Xinhai Revolution. In the past, we were at the head of Asia’s race towards democratic society.  And then, and then, at the first hurdle, we hurt our foot. October 10th, when this was first posted, marks the beginning of the Xinhai Revolution, which ousted the Qing Dynasty and ushered in China’s brief experiment with democracy under the Republic of China (ROC) and the Kuomintang (KMT). The republic quickly succumbed to warlordism and was sundered even further by the Japanese occupation during WWII. The KMT and the Chinese Communist Party (CCP) cooperated in fighting the Japanese, but found themselves locked into civil war after 1945. The KMT was defeated in 1949 and the ROC government fled to Taiwan, where it survives today.

Hurdler Liu Xiang has long been China’s most famous athlete and Olympic hopeful, but injury has kept him from finishing events at both the Beijing and London Olympics. Weeks after a dramatic fall at this year’s 100-meter hurdle event, the Nanjing newspaper Oriental Guardian revealed that Liu and CCTV knew he was likely to re-injure his long-suffering Achilles tendon. CCTV approved four scripts in preparation, eventually using the “choked up” version on air.

Willingly or not, mainland China failed in its first attempt at democracy. Will it pick itself and try again? If it does, will it clear the hurdle?

Via AmazeNews. Translation by Irene Hsiao.