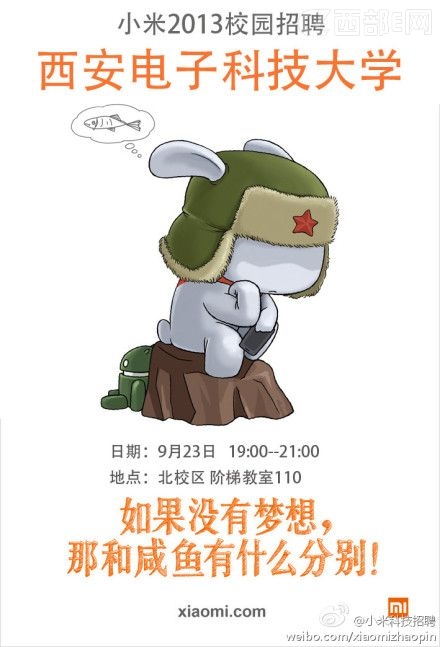 As China’s breakneck rate of economic growth finally begins to slow, some analysts are holding their breath for the country’s “hard landing.” There are signs that direct foreign investment, consumption and other important indicators are on a downturn. For the country’s college students, their future after graduation is uncertain. On top of all this, the government may be under-reporting the slowdown:

You know, China’s an enormous country with a lot of regional variations. But one economist based in Tsinghua University, Patrick Chovanec, says that in some areas, he thinks that growth for the whole year might only be 4 to 5 percent; that in fact, these official numbers don’t reflect the extent of the slowdown.

The anonymous BBS forum post below describes a sharp decline in on-campus recruiting at Nankai University in Tianjin, a coastal city not far from Beijing. It compounds Chovanec’s concern, adding that the media have remained upbeat in order to smooth the path for “The Meeting” (last week’s 18th Party Congress). The post seems to no longer be available on NewSMTH.net (水木社区), where it first appeared. But if the censors decided it painted to bleak a picture, then it has years of post-graduation struggle to erase:

On November 7, a report on the employment situation from the Nankai University Employment Counseling Center circulated online. The report shows that Nankai graduates are facing very serious difficulties finding jobs this year. Netizens speculate that college graduates across the nation are also facing formidable challenges.

This year’s employment situation is unusually grim in that:

(2) In previous years, several non-local talent-hunting fairs would organize employers to come to our school and other universities for recruitment. More than a hundred employers would eagerly sign up. But this year, it is generally difficult to find just ten employers to participate.

(3) We learned through communication with some conglomerates that many viable enterprises are recruiting less because they face mergers and reorganization. For example, ZTE used to easily make dozens of job offers at our school, but made only three this year.

Because of The Meeting and other reasons, the media haven’t reported too negatively on the situations of the economy and employment this year. But just as the Employment Counseling Center has seen, the reality is the worst in the last eight years. Even during the financial crisis of 2008-2009, we did not experience such an impact.

Read more about the Chinese economy from CDT.

Via NewSMTH.net. Translation by Mengyu Dong.