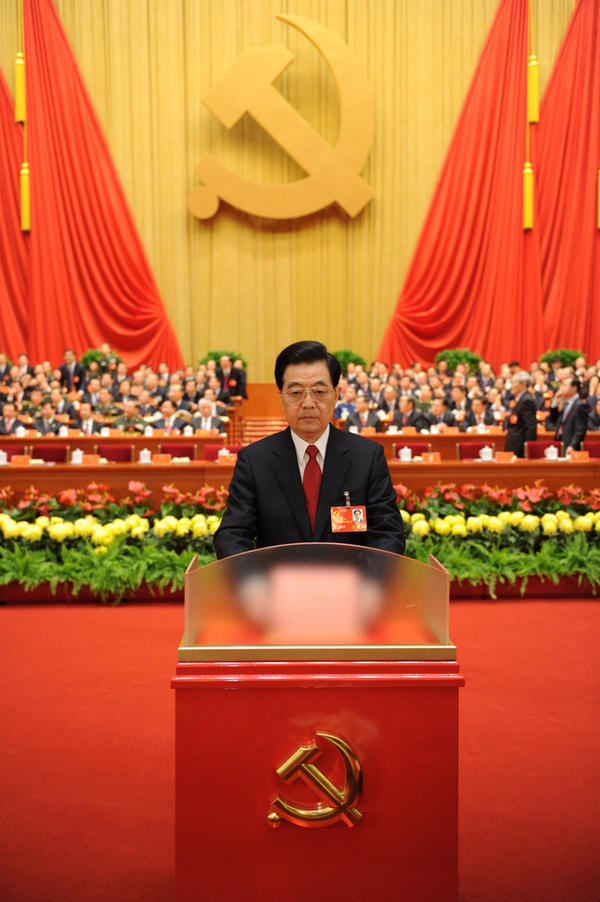 Back to Filtering as Usual, For Now: CDT noted in several recent Sensitive Words posts that Sina Weibo had changed the way it blocks keywords, with a new error message and zero search results returned. The blocks seem to be back to “normal” most of the time, with some notable exceptions.

As of November 16, the following search terms are blocked on Sina Weibo (not including the “search for user” function):

Party Congress Brawl?: Online sources claim that a fight held up the announcement of the new Politburo Standing Committee members at the 18th Party Congress on Wednesday. It is claimed that former “Iron Lady” Wu Yi and Chen Zhili came to blows when ballots were being cast. This story has not been verified.

– assembly hall + fight (会场+打架)
– hold a meeting + fight (开会+打架)
– after the meeting + fight (会后+打架)
– ascend the throne (登基): Xi Jinping is often referred to as the “crown prince” (储君) or “heir apparent” (皇储). Many jokingly speak of Xi taking on his new role as the “ascent of the new prince to the throne” (新君登基).
– decide behind closed doors (内定): Despite the coverage of elections for the Communist Party Central Committee, many people suspect the new members are result of internal jockeying for power.
– Xi-Li (习李): Short for Xi-Li Administration (习李新政), referring to Xi Jinping and Li Keqiang.
– naked retirement (裸退): Wu Yi first used this term to explain that she would not take on any other governmental roles after the end of her tenure as State Council Vice Premier in 2008. The lead story in today’s Apple Daily is titled Jiang‘s Naked Tyranny, Hu‘s Naked Retirement, Xi’s Ascent to the Throne (江裸霸  胡裸退  習近平登基)
– naked leg (裸腿): An alternate writing of “naked retirement” (裸退) to avoid the censors.
– Seven Elders (七长老): Like the Nine Elders before them, this refers to the Politburo Standing Committee.

Note: 裸霸 (luǒ bà), translated here as “naked tyranny,” appears to be a Cantonese term. We welcome reader insight into the meaning of this term. Back.