For his latest contribution to the Hexie Farm CDT series, cartoonist Crazy Crab looks at the recent crackdown on China’s more liberal media including Yanhuang Chunqiu and Southern Weekly, under the newly-minted administration of Xi Jinping. In the cartoon, the character for Xi’s surname is adorned with a crown and yields a pair of shears.

The King of Censorship, by Crazy Crab of Hexie Farm for CDT: 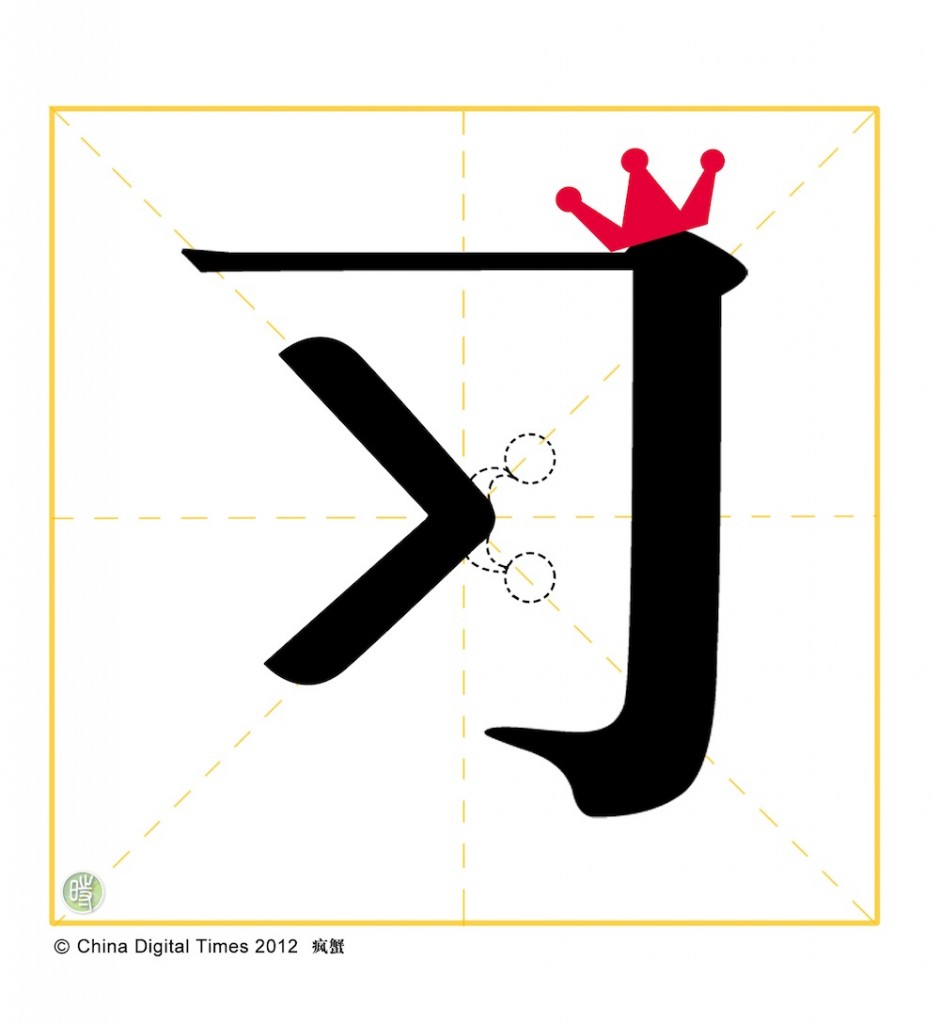 Minitrue: Remove All Reports Related to the NBA from Homepages