Hexie Farm (蟹农场): The Things We Believe In

For his latest contribution to the Hexie Farm CDT series, cartoonist Crazy Crab continues his Orwellian theme to comment on prospects for political reform under President Xi Jinping. This cartoon is inspired by a People’s Liberation Army Daily editorial titled, “Our belief is the truth of the universe” (我们信仰的主义乃是宇宙的真理) [zh], which is one of several articles published recently that deny or outright reject the idea of democratic reforms for China.

In the cartoon, pigs keep guard over Tiananmen with tanks and AK-47s. The slogan, “Long Live the Four Legs” is a reference to Animalism in Orwell’s Animal Farm. Meanwhile, the pig leaders tell each other, “Our belief is the truth of the universe!”

What We Believe In, by Crazy Crab of Hexie Farm for CDT: 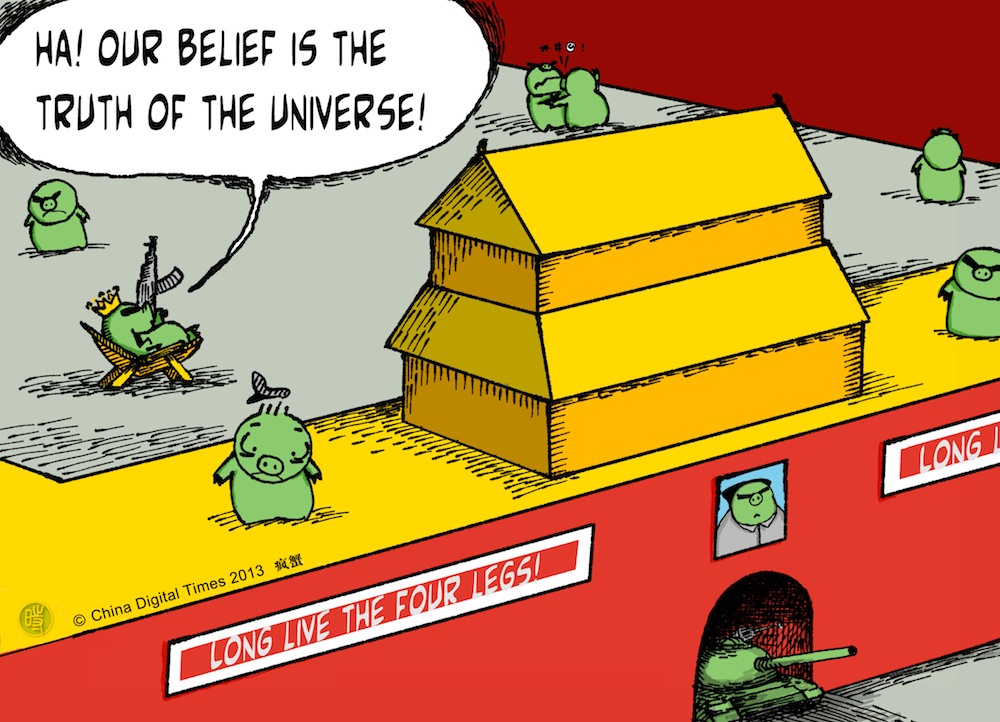